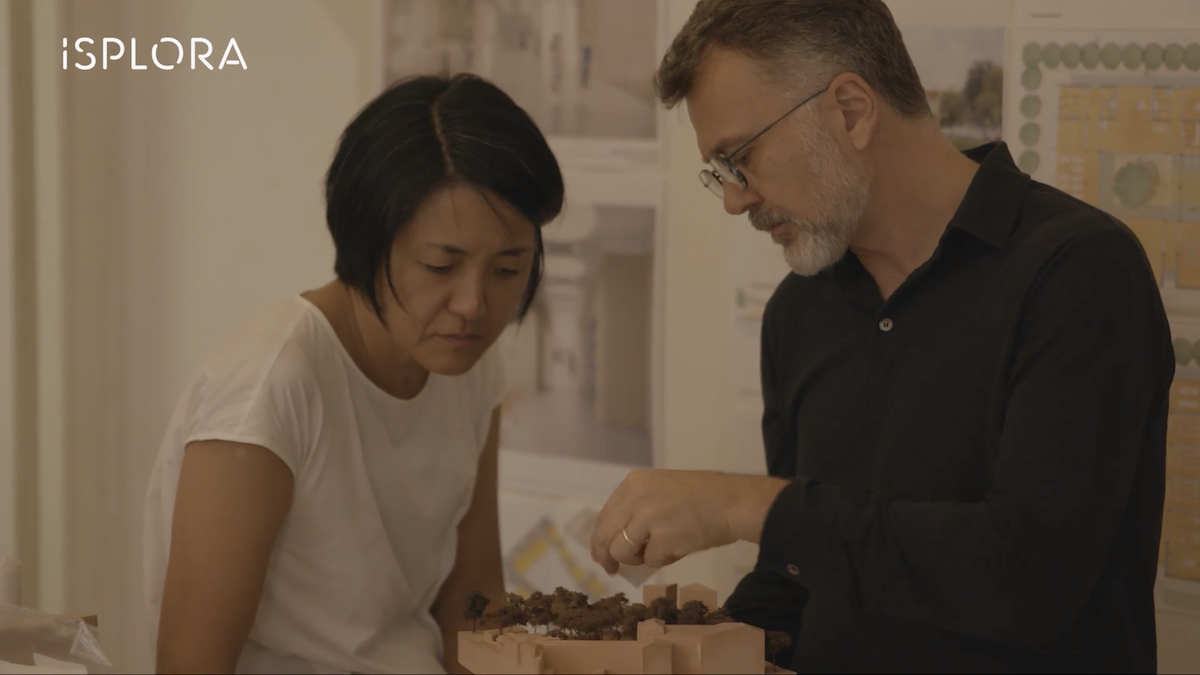 “I’ve always thought an architect is an antenna, an antenna of the territory, capable of taking into account the feelings, changes and movements the city can offer. The most important thing is being able to imagine the architect as someone who can change the world.”

The lesson develops through the biography of the two founders of the studio, Massimo Alvisi and Junko Kirimoto, two different and at the same time complementary paths. On the one hand, the experiences of Kunko Kirimoto at the University of Kyoto, straddling both art and architecture, and with world-famous japanese architects such as Shin Takamatsu and Kazuyo Sejima, up to her arrival to Italy and the collaboration with Massimiliano Fuksas.

On the other hand, Massimo Alvisi with his education at the Faculty of Architecture in Florence, and the collaborations with Thomas Herzog and Renzo Piano. With the latter, architect Alvisi has worked side by side for eight years for important construction sites such as that of Potsdamer Platz in Berlin and the "Auditorium Parco della Musica" in Rome. Collaborations with Oscar Niemeyer and Rem Koolhaas followed.

The great architects I had the opportunity to work with still act unknowingly in our works, the idea of breaking down in parts, for example, which I learned, among other things, from Renzo Piano, the idea of concept and imagining the beginning of a project almost as a philosophical discussion that I saw in Rem Koolhaas's projects or the strength of bringing life into the projects by Oscar Niemeyer, all these things influence our way of being, of doing things every day. Our projects for a theater, for a small house, for a part of the city, for an industrial building, they are all affected by these experiences, they are also affected by the richness they gave us and their teachings. We obviously change them with our sensitivity.

A continuous and constantly evolving research the one carried out by Alvisi and Kirimoto, where an attitude of "synthesis of complexity" and a "sartorial" dimension applied to projects emerge, where the approach is almost sociological.

Before getting to the project phase we study, the initial research is very long, it can take 2, 3 weeks, even a month in some cases, because our projects are tailor-made for the place, the client or the people who will live a space. […] We try to do nothing that is inappropriate and we mustn’t fear to conceive our projects as perfectly integrated into the place where they will have to evolve. This idea of a project that is continuously evolving is vital. The concept of evolution in architecture is necessary and is part of our research method. So we have to always start by analyzing, researching, listening, trying to make the antenna work to gather external sources as much as possible.

This idea of a tailor-made dimension doesn’t limit us in choosing our projects, we can move from a bigger project to a smaller one, up to very small projects, at a tiny scale, because our tailor-made method has unique answers for every project. I originally am an urbanist, so my answers are almost always linked to sociological phenomena that the city, territories and geography offer. However if we think carefully, these phenomena also invade our private sphere, also a small house, so we always have the idea that just like the flow of social activities influences the city, the flow in a domestic context has to influence architectural choices, and that is how we can easily move from one scale to another. 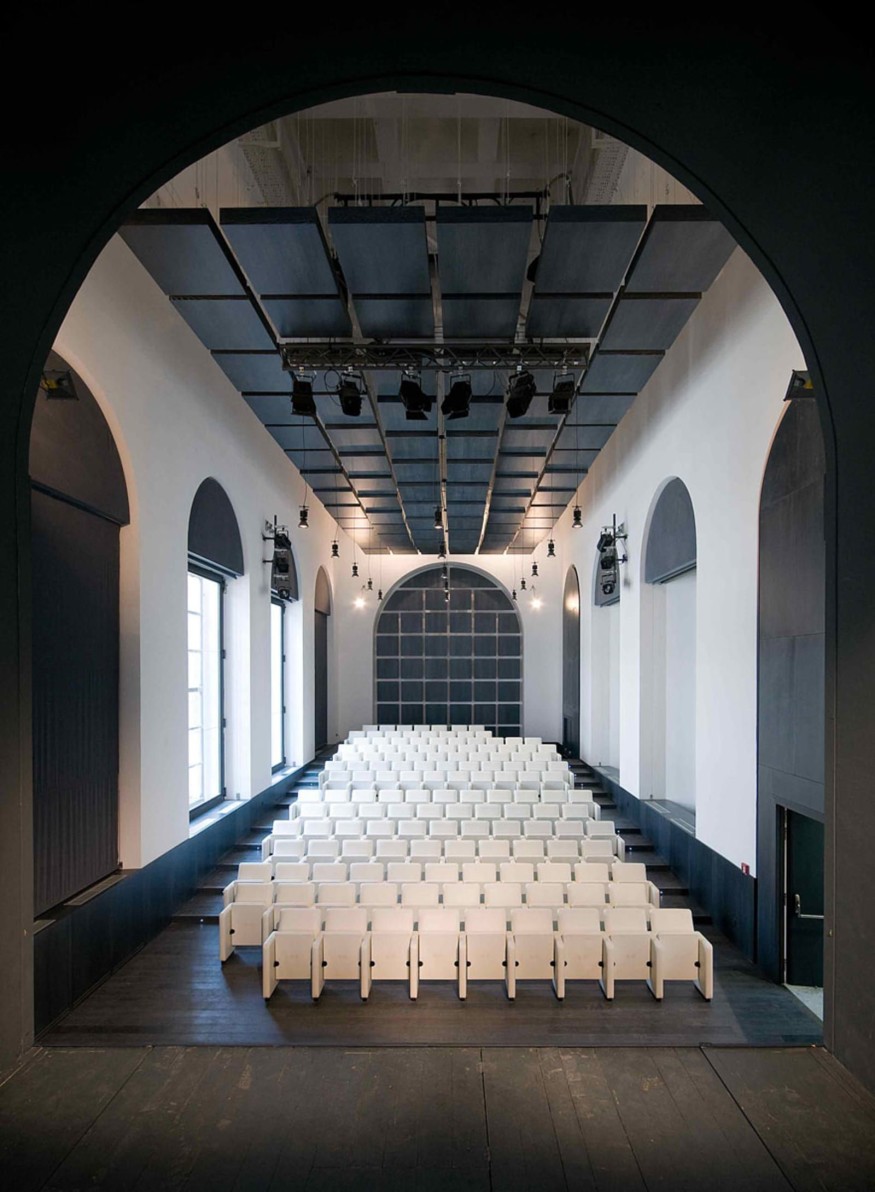 An approach also experimented during the period of work on the Italian suburbs carried out by the work group G124 coordinated by Renzo Piano:

Working on the idea of changing suburbs but on a level of intervention we call mending. The term mending clearly conveys the idea of intervening by means of small gestures, small changes, small interventions, not insignificant, not unimportant, small because working in the suburbs implies a social dimension and attention of great sensitivity for an architect.

The projects are the central aspect of the lesson, moving from the elements and steps that lead to the realization: the models, the research and the relationship with the landscape - not only physical - and with the client, the phases of the project, the materials and construction site. The “practical” and managerial aspects of the studios are balanced by the achievements that tell of continuous experimentation through spaces and places, from the Podernuovo winery of the Bulgari family to HQ Casillo. The design of many and important theaters (Corato, Naples and St. Petersburg) and auditorium (LUISS Roma) deal with existing buildings and the history of the places, always trying to assimilate their nature. Up to the creation of imaginative spaces for offices as in the case of the private offices in Chicago where the urban dimension and the private dimension are linked:

It’s the 32nd floor of a skyscraper that was being built while we worked on the project, it’s in downtown Chicago[...], we imagined this space as an urban space, made of axes, roads, visual itineraries, small squares, activities to discover along the way. So, the idea of an environment that wasn’t a workplace but a part of the community.

It's clear that the real protagonist of the space are the users and the feelings of them:

The first path we follow after the research phase is working with models, paper models, paper works, hands’ work. This also derives from Junko Kirimoto’s incredible sensitivity and ability to manipulate space and imagine space through small creases, by manipulating and modifying space in a simple way, although the result will be very complex. So we work with paper models to imagine the possible solutions for the creation of a new space. 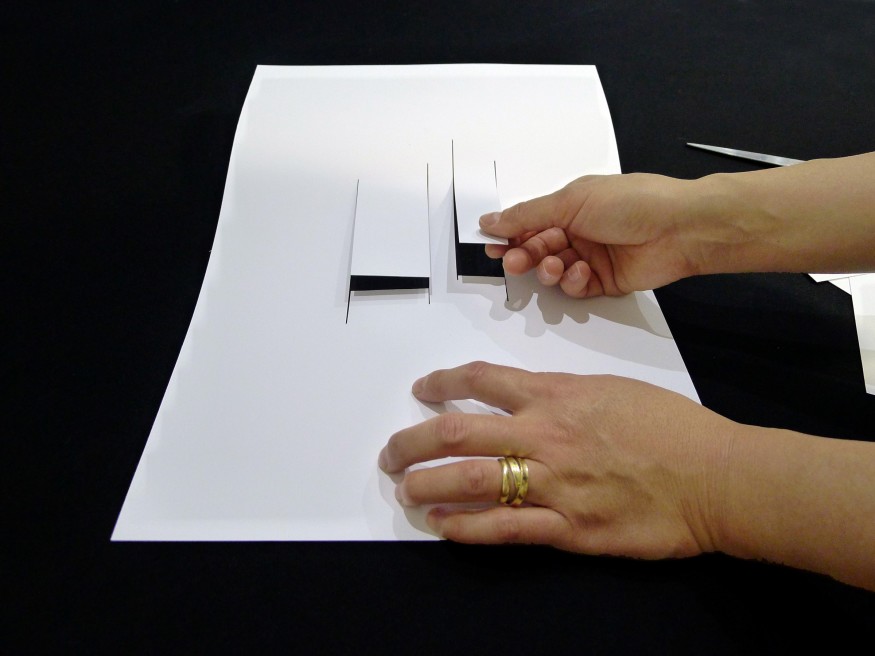 Brunelleschi always comes to my mind when I imagine the future of architects. He maybe was the first great architect who managed the complexity of construction. Brunelleschi managed a great number of workers, he created models to explain the project, he organized work in a very modern way. Perhaps he in some way is the example of our future. […] So an architect has to know more and more, study, know how to manage flows of information, coordinate different types of knowledge and different disciplines, so an architect for me is a bit like a conductor. I’ve never considered an architect an artist who draws all alone in his office, I have always thought of architects as normal people, who perceive the urban dimension, the activities that are born, and has to necessarily live in the world where he or she is, imagining the future. 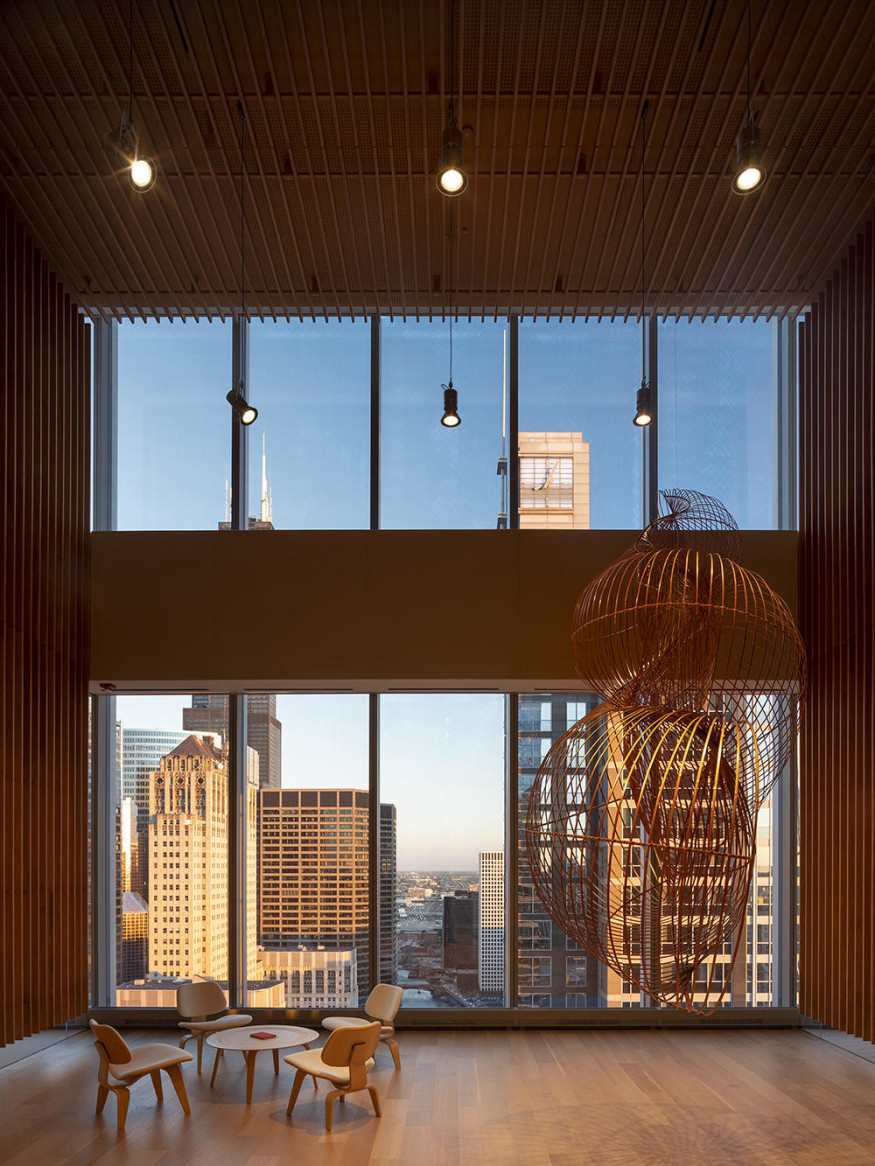