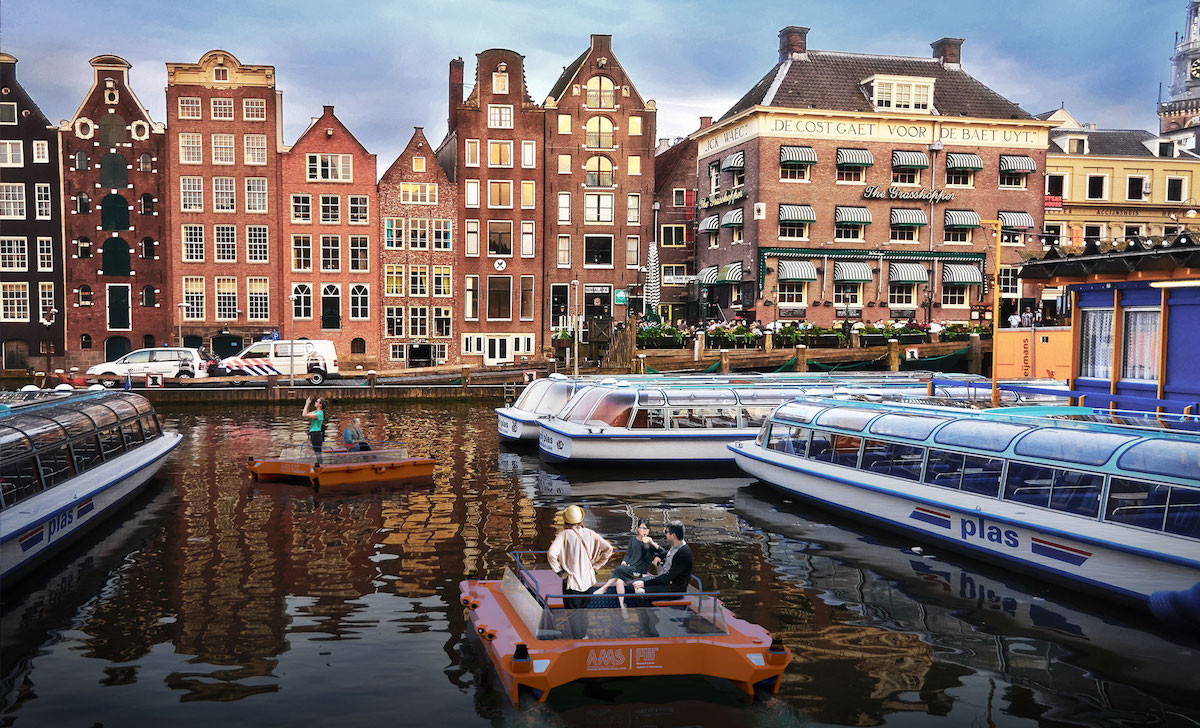 Design: starting from the present to change it

The words of Carlo Ratti, architect, inventor and thinker, lead us along the new ArchiTALKS of Isplora, looking for a new idea of collective design, crossing the world of innovation and architecture: new ways of looking to the future, changing the present.
In the lesson starring architect Carlo Ratti, director of the MIT Senseable City Lab and founder of Carlo Ratti Associati studio, a precise idea of architecture emerges that moves from the "will to start from the present to try to change it", a way of understanding the project – a derivation from Anglo-Saxon models - which intends the project as a tool to modify and make the future better.

As is very well said by Herbert Simon, a great researcher and Nobel Prize of the past century: “Natural science is concerned with the necessary, with how things are, whereas design is concerned with the contingent, with how things might be. I believe that being a designer is this - I mean starting from the city, the buildings, from what surrounds us and always trying to improve it.

Going through the biography of architect Ratti you can trace the itinerary that led to the construction of this idea, different experiences, straddling the disciplines: engineering studies both at the Polytechnic of Turin and at the École des Ponts et Chaussées in Paris, and also architecture and computer science studies first at Cambridge and then at MIT in Boston.
His education is based on the continuous confrontation with the world and its demands, the project as a "way of life", where different disciplines converge and where encounters with significant experienced figures take on importance: from engineer Michel Virlogeux, great designer of bridges and "extreme" structures, to teachers at MIT such as the computer scientist Nicholas Negroponte or the founder of the Fab lab, Neil Gershenfeld.

The idea that takes shape is that of the unity of learning, the idea of  "college" as a fundamental structure for connecting both the knowledge and the different disciplinary contributions through the concept of "network", to arrive at a dynamic concept of knowledge and architecture.

The lesson then highlights the objectives  of architecture that "cannot disregard the knowledge of the environment”, meaning that designing should start from what is there, from the data that become a tool to advance hypotheses and make proposals in continuous comparison with people, the citizens.

Today’s scenario is very interesting because we can carry out this reconnaissance in a digital way for the first time in history with data. Data allows us to discover dimensions, for example the city, which were impossible to read in the past, many geographers and planners would have dreamt of having the data we have today, so using data to better understand external conditions and using it as the start of the design process is perhaps one of the best conditions of design today.

A modus operandi that materializes in the projects of Carlo Ratti Associati (CRA) studio, as well as in those of the Senseable City Laboratory and also in the startups started from research and experimentation. Starting from the work on the big data, carried out by MIT’s laboratory, the lesson highlights the proposals for a new mobility. 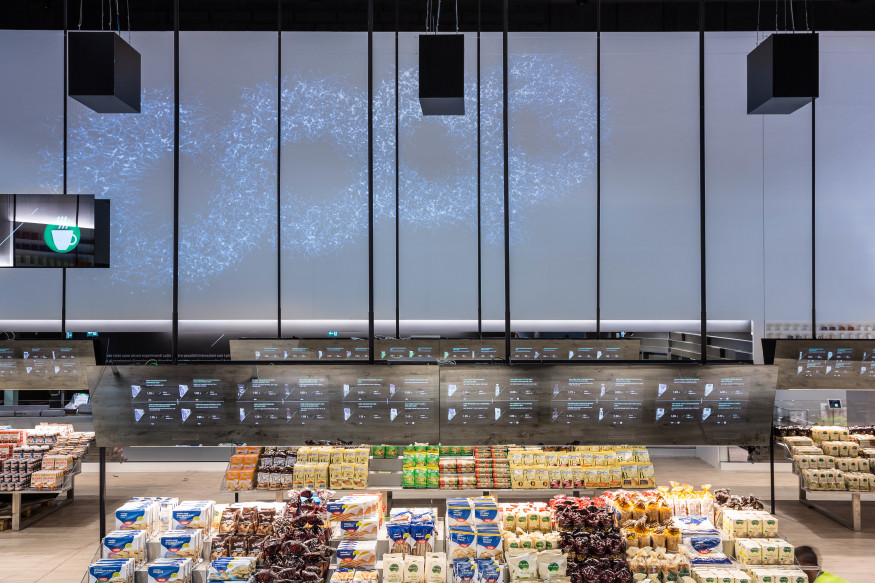 This is the case of "HubCab" where - starting from the data on New York’s taxis - efficient ways of sharing taxis that would lead to the reduction of traffic are imagined, but also the "Roboat" system for the city of Amsterdam where autonomous boats will allow people to move around, creating new flexible and dynamic conformations. Not only our way of moving will change, but there will also be the opportunity of getting to know the human and city microbiome better: the "Underworlds" project goes in the direction: starting from the study of viruses and bacteria it intends to provide us with information on urban health. Data and sensors are the basis of the Trash Track project that studies waste routes, providing not only information that could be useful to improve the collection and disposal chain but becoming also reason for people’s change, for their way of acting.

… the so-called “speculative design”, design becomes a way to explore possible worlds, but the choice between these worlds has to take place through a dialogue that puts together all the subjects involved, starting from the citizens themselves.
In order to get feedback from the citizens, it’s also crucial to know how to narrate architecture, it’s not a mere wish, it’s part of the process, it becomes a way to make proposals and see how they are welcomed.

A work on the data and experimentation that permeates the intense activity of CRA studio, as in the projects for the great events, like  EXPO from Zaragoza (2008) Dubai (2020) passing through Milan (2015). Pavilions that become an opportunity for “speculative design”, an occasion to think and build different worlds in a short time, from the dynamic water walls of the Digital Water Pavilion in Zaragoza to the supermarket of the future of Milan (Future Food District) where technology is the tool to interact with people and give information about the products, up to the "circular" project for the Italian pavilion in Dubai developed with architect Italo Rota. Projects on the "skin" of the building that becomes "responsive" as in the case of the Agnelli Foundation in Turin. 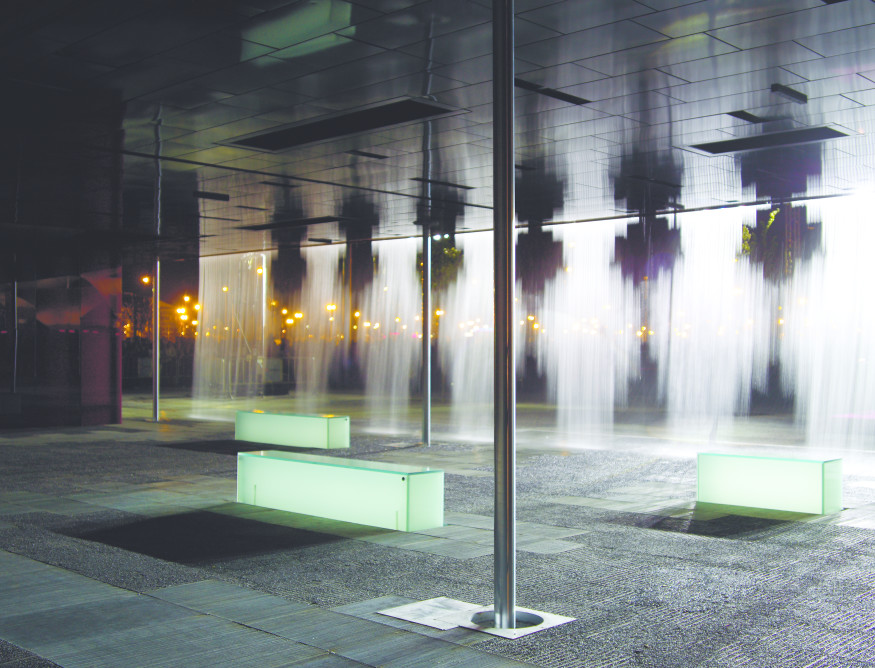 Collaboration and invention led Carlo Ratti to develop startups that propose vertical plotters (SCRIBIT) or robotics systems to be applied to cycling in the cities of the world (Superpedestrian).
If the "network" is changing the world we live in, architecture will have to change too, opening up to debate and other disciplines, intersecting and hybridizing themes, giving value to nature and bringing it back into the building, opening up to inclusive systems and to collaborative processes.