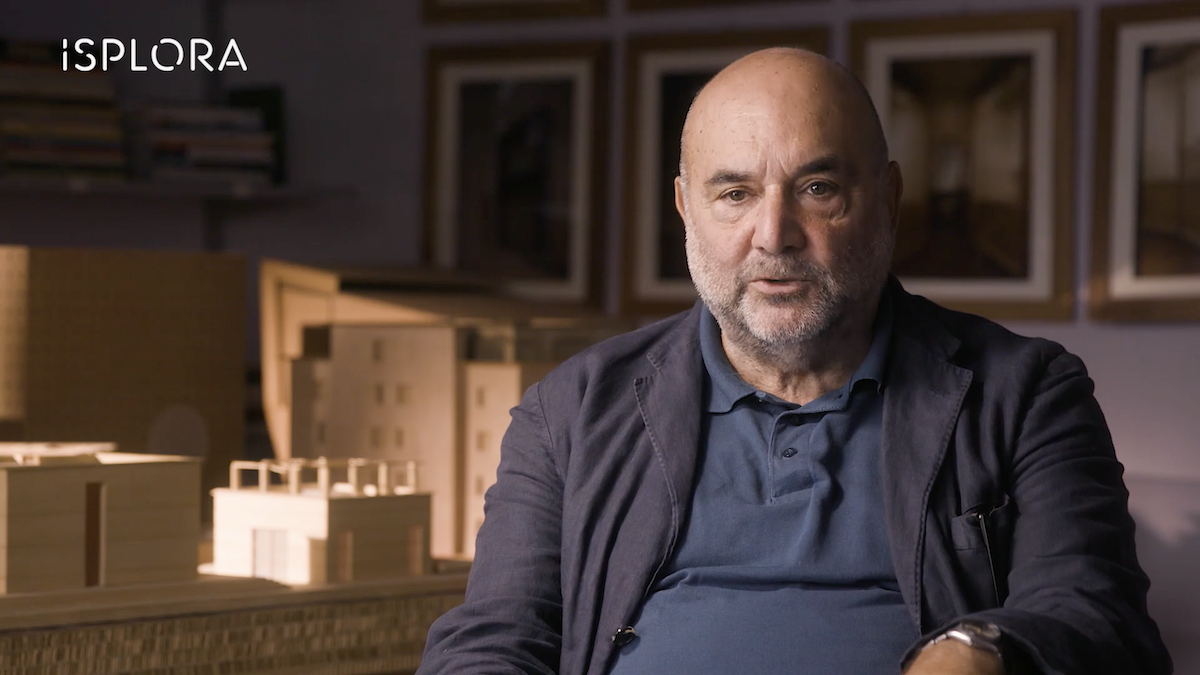 "I say architecture is also playing, playing because it’s a job that helps you find new horizons, new passions. It’s a profession where creativity along with technique is a narration you carry inside, and you want to transmit through your design."

The eighth masterclass discusses the design vision of the architect Pietro Carlo Pellegrini through the practice of “building on the built”, the concept of reuse and restoration through a thoughtful and detailed project.

I remember an extraordinary film, filmed in Rome in the palace of a prince, where the actors were Marcello Mastroianni, Vittorio Gassman and many others, and they played ghosts. And these ghosts walked inside these extraordinary halls and talked to those who had to buy the building, this old building. You felt their detachment, perhaps because they didn’t listen to what they were telling, because they weren’t there, they had disappeared. So, we must be able to listen to and understand ancient buildings. Antiquity and the city tell you these things, you just need to have this interest, touch the walls and understand how you can intervene.

The lesson starts with some biographical notes and the work experience of Pietro Carlo Pellegrini. His production is influenced by multiple suggestions: from history to the Tuscan landscape, passing through neorealism in cinema, theater, and stage design.

I'm afraid of people who, in my job, always have the same way of proceeding, always the same idea and the same realization of that idea. I don't see it as an element of security in working, but more than anything else as an insecurity in the way of designing. I see more and more a value in our country, in Italy, unlike other countries, and that value for me is regionalism. In other words, I think Italy is made up of many regions, but also of many characters and many landscapes coming from these same regions, and this is important in architecture. 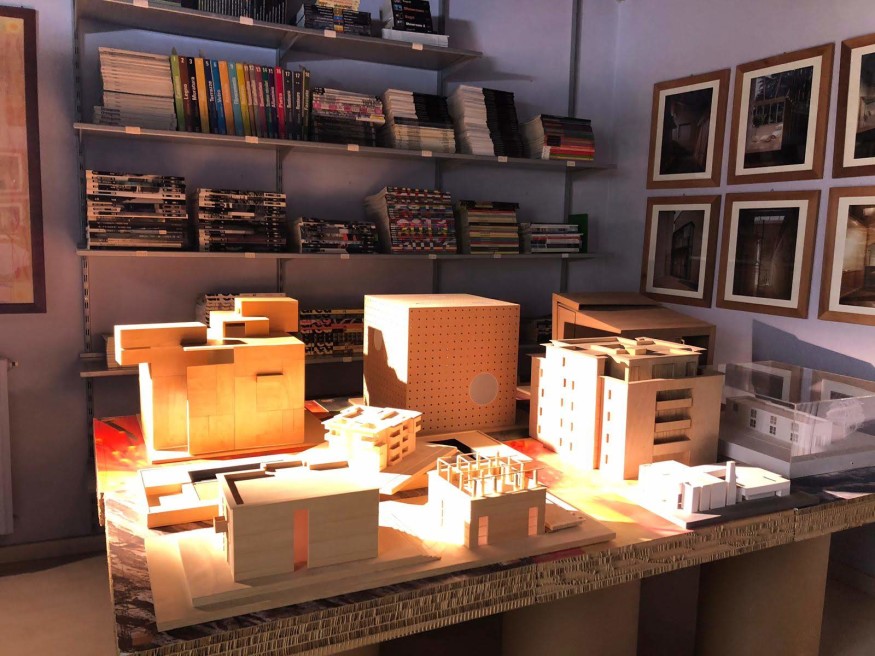 The interior spaces of the historic buildings of Lucca, characterized by frescoes, terracotta painted floors, and other details, show the hidden beauty of the city. Discovering these aspects of the interiors leads the architect to the theme of knowledge. This and architectural references such as the interventions in Pisa designed by Massimo Carmassi, or the recovery works of “masters” such as Gardella, Albini, Canali, and Scarpa, outline his interpretation and implementation methods.

Going back to the theme of “building on the built environment,” I have always been interested in Italian architecture of the Fifties. I am thinking, for example, about a great architect like [Ignazio] Gardella who, in his "Borsalino Houses" designed for the Borsalino employees, created a building with a great architectural and intellectual dignity. Similarly, I can mention architects such as Franco Albini, who for example in the Rinascente department store designed in Piazza Fiume in Rome succeeded in narrating a commercial space as a somehow Renaissance building in its forms of simplicity. Then moving forward, for example, you will find the buildings of architects such as Guido Canali in the reuse of the Pilotta in Parma, an extraordinary building for its respect and attention to detail. And before him, Carlo Scarpa in Castelvecchio, Verona.

The expression “building on the built” is the cornerstone of Pellegrini's research and production, and is charged with a plurality of meanings. It is not only intended as recovering or grafting the existing but as the setting of a dialogue with the context, with history and with the work of others. It is the case also for new constructions.

The best practice is, as I said, working and understanding the building, thus getting to know it, and you can do it through architectural survey. Then it takes historical research, allows you to understand the transformations the building went through over time. These two things combined help you trace the guidelines that lead you through their story, but also through the constraints. When you work on a new building, once again, the theme is always the knowledge of where you are, of where you can work. You are somehow looking for references, constraints that are mainly given by the use of the materials you want to make known through your project. Because many times in our territory, what is new also works on what is built. 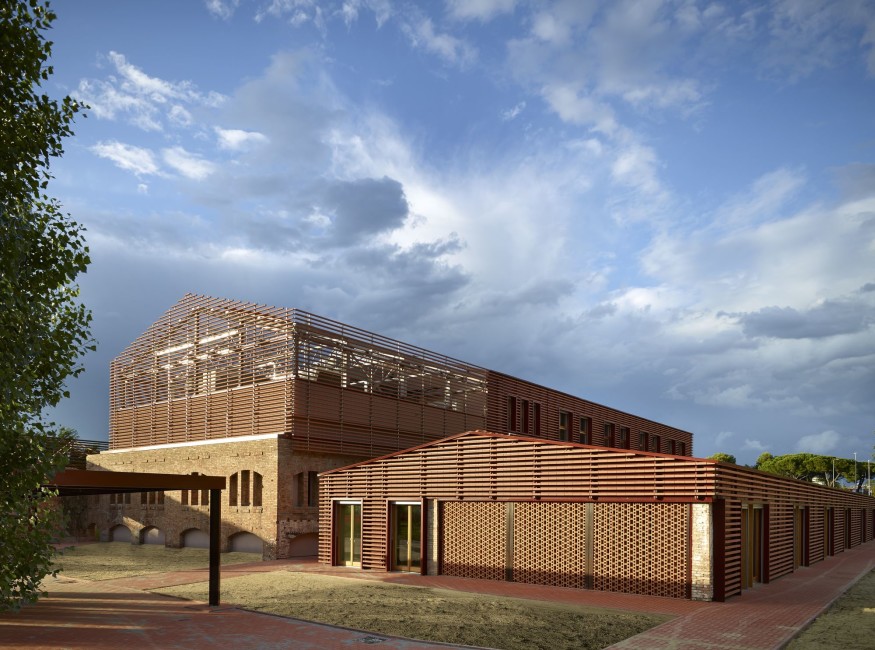 The result overshadows the authorship of the work in favor of an adaptive methodological approach, characterized by a deep knowledge of the building, materials, construction process, context, and history. Thus, the intervention has existing “constraints”.

The design survey addressed by Pellegrini in the lesson shows how Lucca means home but also “gym” for its design, thanks to the Cathedral Museum project or the interventions for the Monastery of Santa Gemma:

I built this building like a small protected cloister, where those who enter in my opinion had to perceive this idea of isolation and peace as to the surrounding periphery. Another project, once again for them, the last project was about memory, and I called it the Museum of Memory because it’s an ossuary, they wanted to gather the nuns of the monastery in this ossuary, as their remains were scattered among various cemeteries, so they gathered them in this small place. In these three buildings that I told you about, one is characterized by bricks; in the guest house the main material is plaster, and it’s a plaster that in the guest house had a precise reference in Michelucci's Osteria del Gambero Rosso in Collodi, because it’s a rough plaster, where the sand grain is very coarse and I liked it to be seen also in this project. Then the last one: the Rapolano travertine for the ossuary, a travertine that is less white than the one of Tivoli. Why are they three different materials? Because I didn’t say to myself "this must be of brick, this must be of stone etc.", for each place this happened thinking about the form, the function and what had to be the result.

Places for “meditating” intersect with those of “exhibiting” and “living” through the examples of the Museo del Fumetto, the Giuseppe Lazzareschi Foundation, the Garibaldi Memorial in Caprera, the Ex Furnace Piva in Riccione, the convent of San Domenico in Canicattì and the many residential interventions in Lucca.

If on the one hand, an architectural practice based on reuse emerges, on the other, it appears that the ability to listen is an essential provision to learn and improve one's approach to design. Architecture is here intended as a “game”, but a serious game: a profession that in the future should increasingly solve existing problems related to the themes of reconstruction, immigration, and the environment.

Architecture is a serious thing, capable of making people live well. Beauty serves to make you feel well and this must be one of the important principles in our job, because beauty in a didactic space, in a school, helps those who are inside it. Beauty in a space where there is suffering like a hospital, helps those inside it.[…] I’ll finish the way I started, in the sense that for me architecture is playing, playing is joy, is living, is narrating and if one manages to do these things with happiness, architecture is beautiful therefore architecture is like playing. 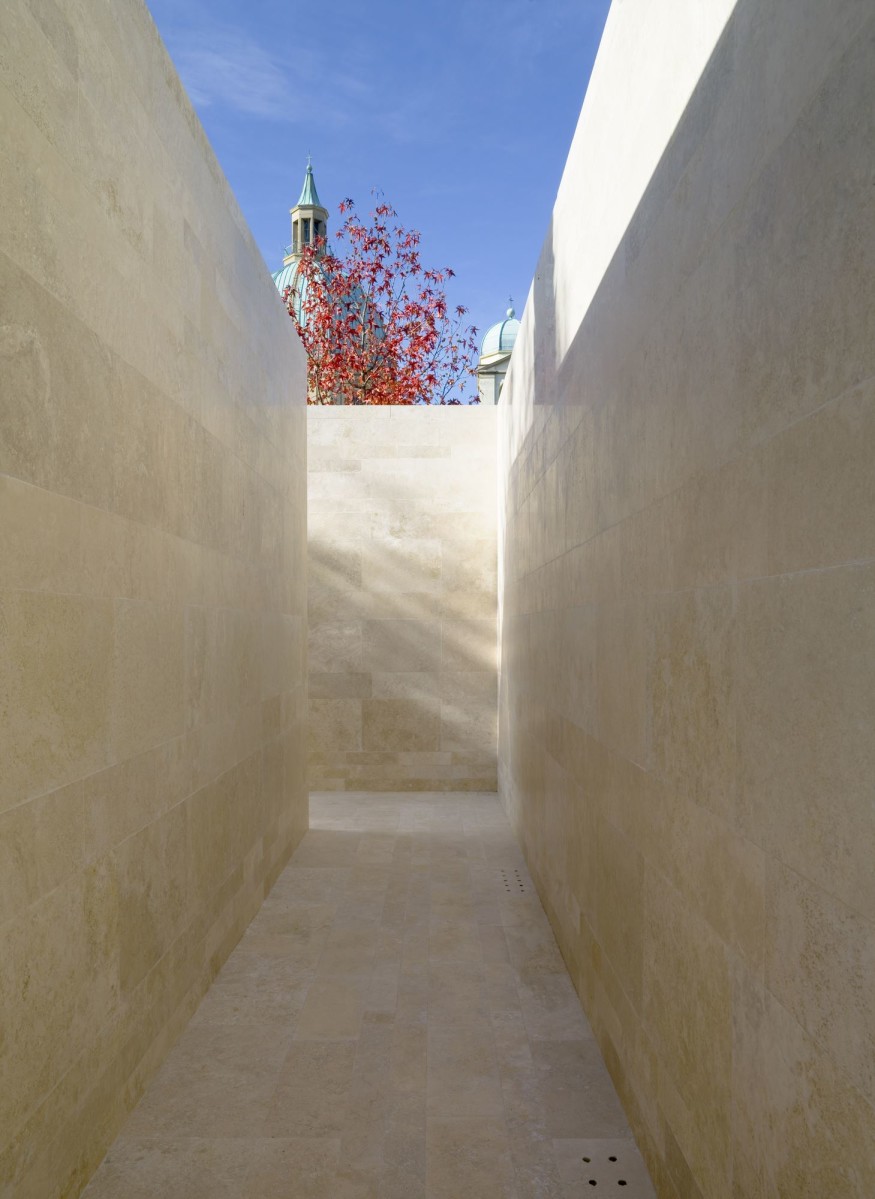 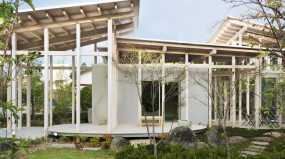 The poetics of wood: between houses and offices 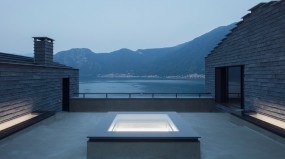 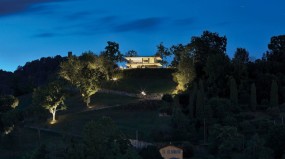 Teca House: a lantern amidst the hills