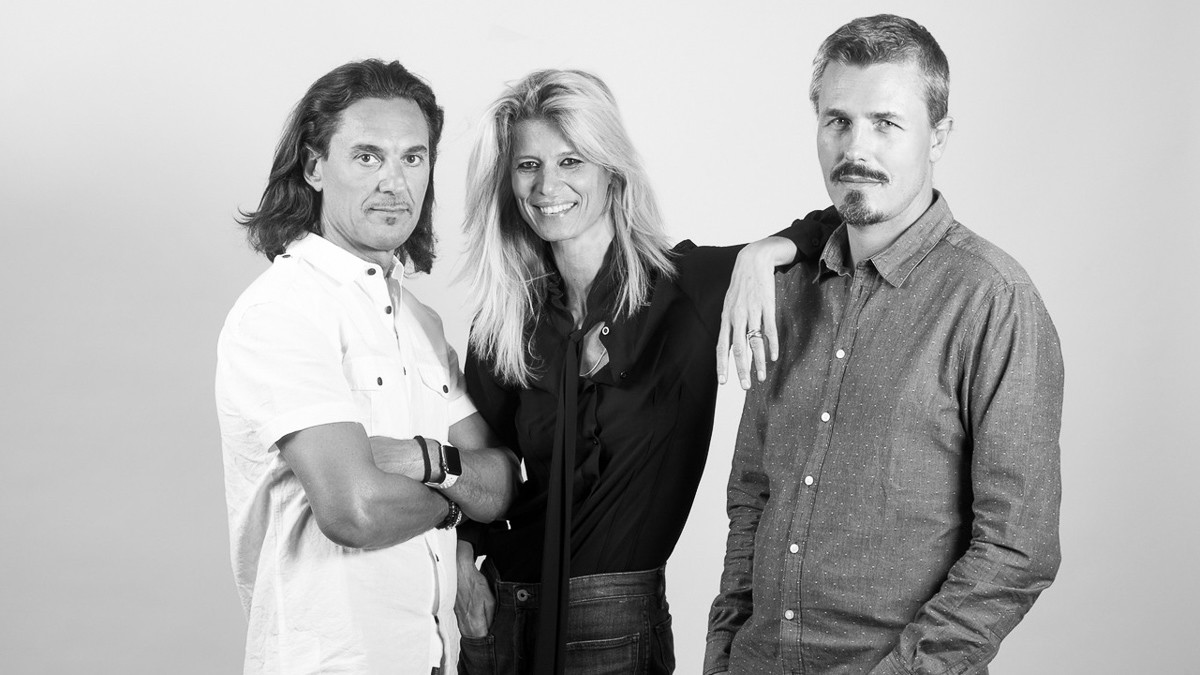 We met the studio Giò Forma, a creative reality that operates between architecture and exhibitions, music stages for important international artists, from Vasco to Jovanotti, and stage design for the most important operas, such as Verdi’s Attila at La Scala in Milan. An intense work, “high” and poetic references that look at art, nature and contemporary times, the great challenges that may arise in our future.

A journey in a world where “everything is a stage”, where telling the story, or better how it is built, represents the itinerary to follow.

Could you tell the Isplora readers something about the studio Giò Forma, when was it born and how is it organized? What characterizes your way of thinking? Which topics does it deal with?

Florian Boje (FB) The studio is called Giò Forma, it’s over 20 years old and is led by Cristiana Picco, Claudio Santucci and Florian Boje. We articulate our collaboration with a large group of permanent professionals, we are over 20 and growing, and many have worked with us for 15 years.

Cristiana Picco (CP) A stage generated by the story told, because our firm is based on storytelling, our word for every project, something that must leave a mark, not only in terms of architecture. 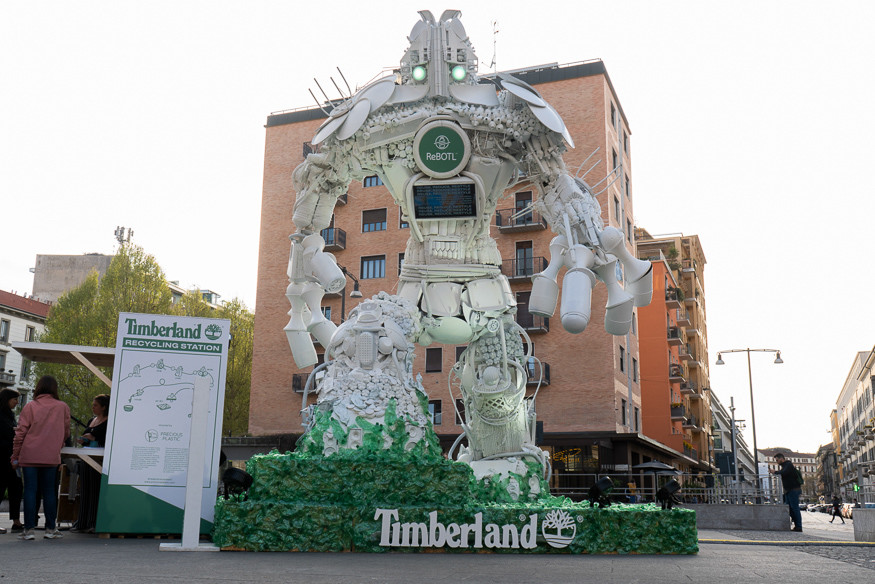 FB It is often “historytelling”, not only storytelling. The Tree of Life we designed for Expo 2015 was generated starting from the Fibonacci sequence, based on Michelangelo’s drawings. We typically take patterns or narrative structures and combine them. For example, in the opera Attila for La Scala, the bridge, the central piece, is made up of many bridges. It is not one single bridge, but a semantic crasis of many bridges put together.

CP The strength of our firm actually lies in the search for historical roots: artists, events, photos, books, written documents, poems, anything that can really re-narrate the project in a contemporary way.

FB The other basic element of our work is what we call “dive and deep dive”, producing scenic spaces that are also habitable, we start with a “dive”, a first dive into a tale where we understand the beginning, the opening words. Then comes the “deep dive”, diving deeper in a hyper-sense of objects and design where we can understand more.

We do it in a concert for Vasco Rossi, at a premiere at La Scala, or for an exhibition, as in the case of the “The Nation of Plants” at the Triennale, curated by Stefano Mancuso and part of “Broken Nature: Design Takes on Human Survival”, where we created a kaleidoscope to show how we must change our approach to the world of plants, intelligence and abilities.

Your approach to projects reveals a “scientific” method, that moves from the research of sources and information that are in turn combined and made modern. In this regard, what can you tell us about the Maraya Concert Hall? 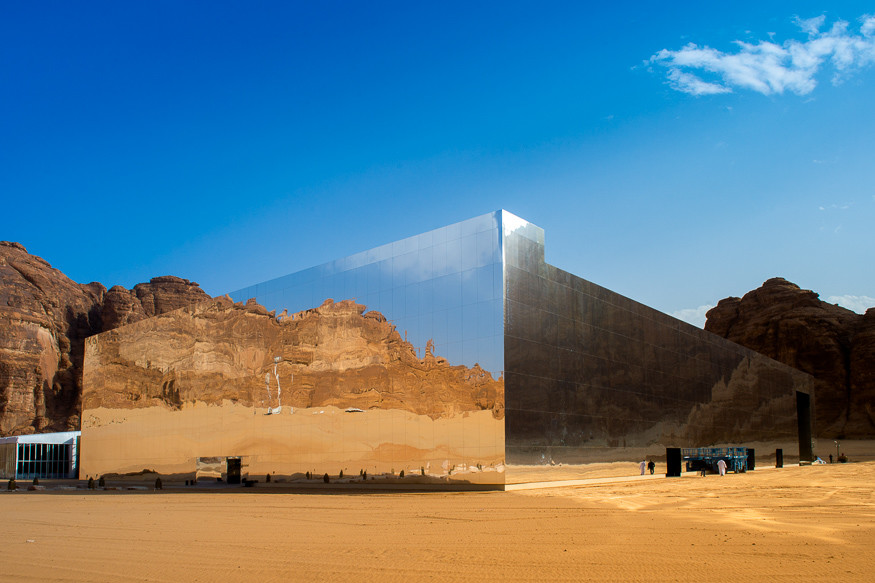 FB Maraya was born after a public tender, the reason we take part in these is that you never know, isn’t it? When we saw the place we immediately thought: "no one should build here, it’s a place that should stay as it is". If anything, we should build a "castle in the air" or a mirror.

Mirror glass is very dear to us. We use mirrors a lot, also in the Padiglione Italia we designed the Mirror Room, it’s an element that involves spectators completely, which gives them weight.

That is how the project for the Maraya Concert Hall was born, we decided we didn’t want to compete with nature but simply reflect it. The study on how to reflect it, the location, the reflection of the sun, what angles to use, which part of the landscape to include, was an operation that proved to be more complex than what it seems. Doing it in six months, from the draft to the built theater, was part of a fairly complex equation…in a place where there really is nothing.

The Maraya Concert Hall is a temporary building, or at least should be, it should last a few years and then leave the site as it was. It’s a test building, aimed at attracting people, having them understand the beauty and then elegantly getting out of the way.

CP It’s an instant city, like the one devised by Archigram, that can be removed and reused.

FB The main concept is “reflected beauty”. We had to think about the history of the site. It’s a unique location, on the ancient incense route, one of the first places for cultural exchange in the world, the incense sold meant that other goods could be bought, a thousand languages were spoken. Furthermore, the culture of the Nabataeans is very interesting from an architectural point of view, they dug into the rock, they didn’t put other objects and didn’t add other materials.

We thought we could do the same, in our case the raw material wasn’t rock but image. We used the most beautiful local raw material: the reflecting image that gives life to a container for shows.

I imagine building the Maraya was very complex…

FB A nightmare…(he laughs) After all it’s a temporary structure and we treated it as such. The Turin-based company Black Engineering followed the construction phase of the structure, stage and installations. 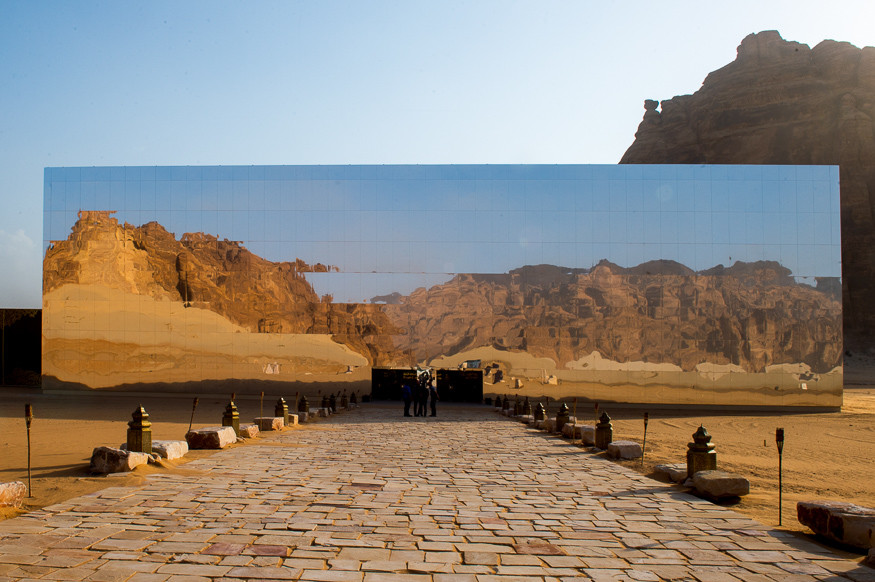 The Maraya has more technology than La Scala and another theater put together! Having said this, the concept of the interior is also very interesting, we developed the idea of structuring, of diction: we took a piece of a dune, we solidified it, and then we dug the stage inside it. Thus the artists played inside a video mapped dune.

This is another obsession we have…projecting videos on everything. In the case of the dune at the Maraya, it was as if the ground recycled its narration. After all, this is also a reflection.

Moving on to another project, I would like you to tell our readers about the story and topics that are behind the LUMEN Museum, the mountain photography museum in Plan de Corones.

FB The Lumen Museum is very dear to us. First of all because it’s in South Tyrol, and as a German I had a great time working in my own language…(he laughs). 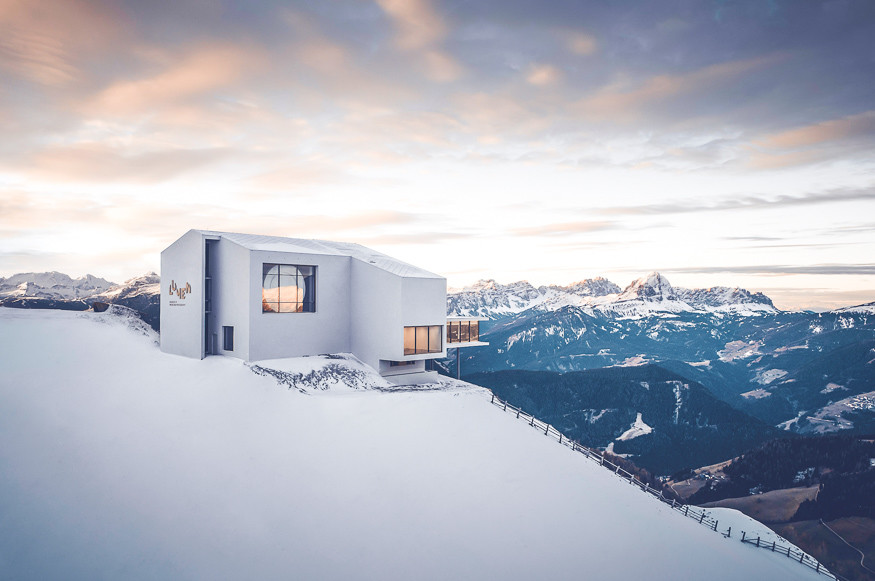 It actually was a huge stage, high in the mountains, in a former funicular station transformed by architect Gerhard Mahlknecht, while Giò Forma was in charge of the interior narration. We radically changed the internal morphology of the building and we added a 9m window that is a huge iris, a piece of kinetic art. Another operation we carried out was inverting the path, you go up and down by means of a staircase that affects the path itself.

Then we included a large mirror room, it’s impressive ...imagine an avalanche in a mirror room!

Finally, this is a museum of mountain photography, so we narrated how a shot determines the mountain we know, we wanted to recount the most beautiful mountain tops in the Alps that we actually don’t know, what we usually know is the view on postcards. 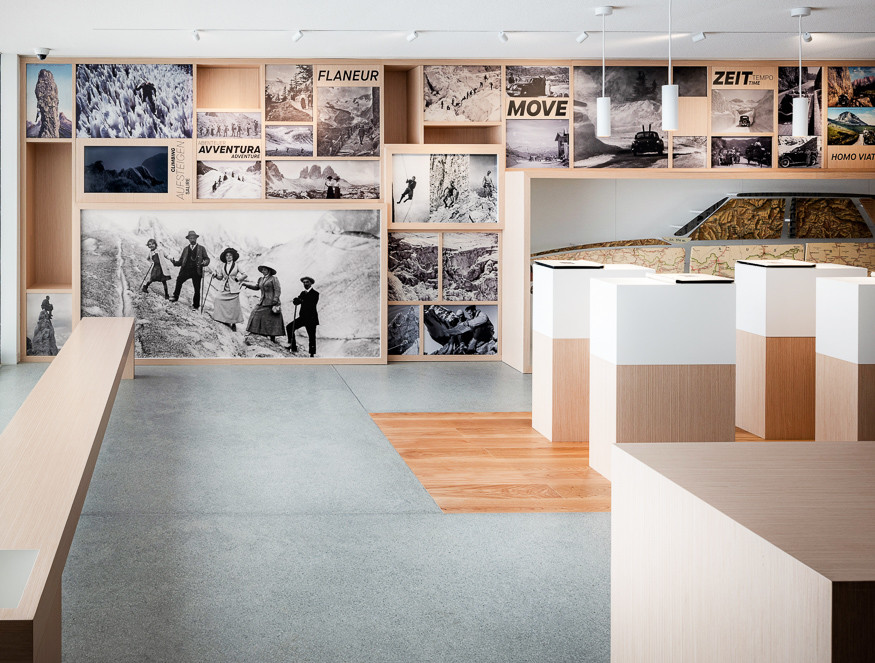 CP There is another window that needs to be talked about. This famous shutter that closes until, at a certain time of the day, only a single ray of sun can pass. It’s the storytelling of the camera obscura and makes visitors understand how painters used to see things once upon a time. Once again the story, details, as in the case of the ReBOTL installation for Timberland at the Milano Design Week 2019, where we started from a dynamic condition. If in the case of Lumen the reference was Caravaggio and the camera obscura was used to see landscapes and paint them, in the case of Timberland we set off from Boccioni’s movement.

We also wanted to create a new movement to raise awareness about the conscious use of plastic. Seeing three-year-old kids that recognize objects and 5-year-olds that understand the process and bring their bottle caps to give them new life is very satisfying.

FB We took a bit of the morphology and sectional dynamic of Boccioni’s “Unique Forms of Continuity in Space”, then we had to handwork a series of elements to give shape to what was there, nearly 10,000 pieces of waste, with the enthusiasm deriving from definitively taking care of the problem of plastic. We live architecture, design, as a plot, we take the plot and turn it into a building, an exhibition or stage design. There are no distinctions in our mind: a skyscraper, a square or a shop window are all the same to us. Different techniques but the same approach, we are democratic. 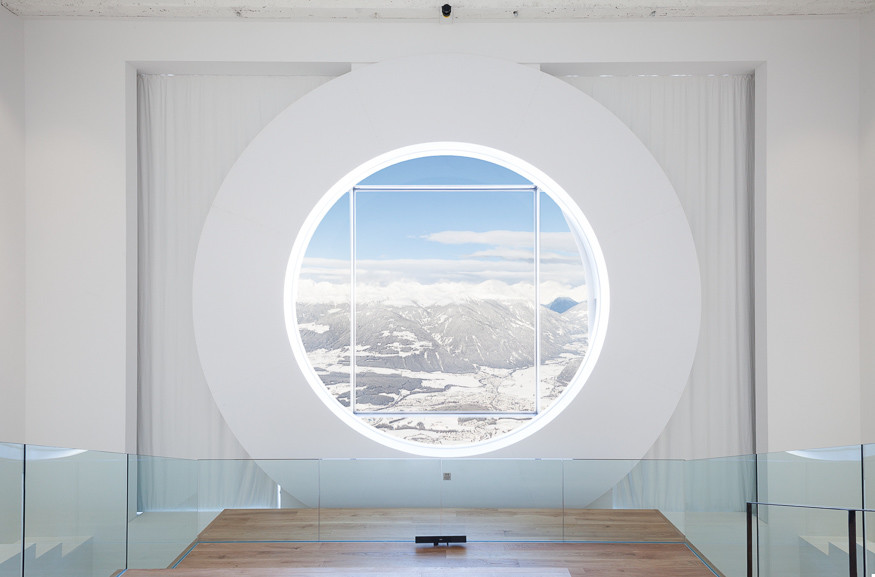