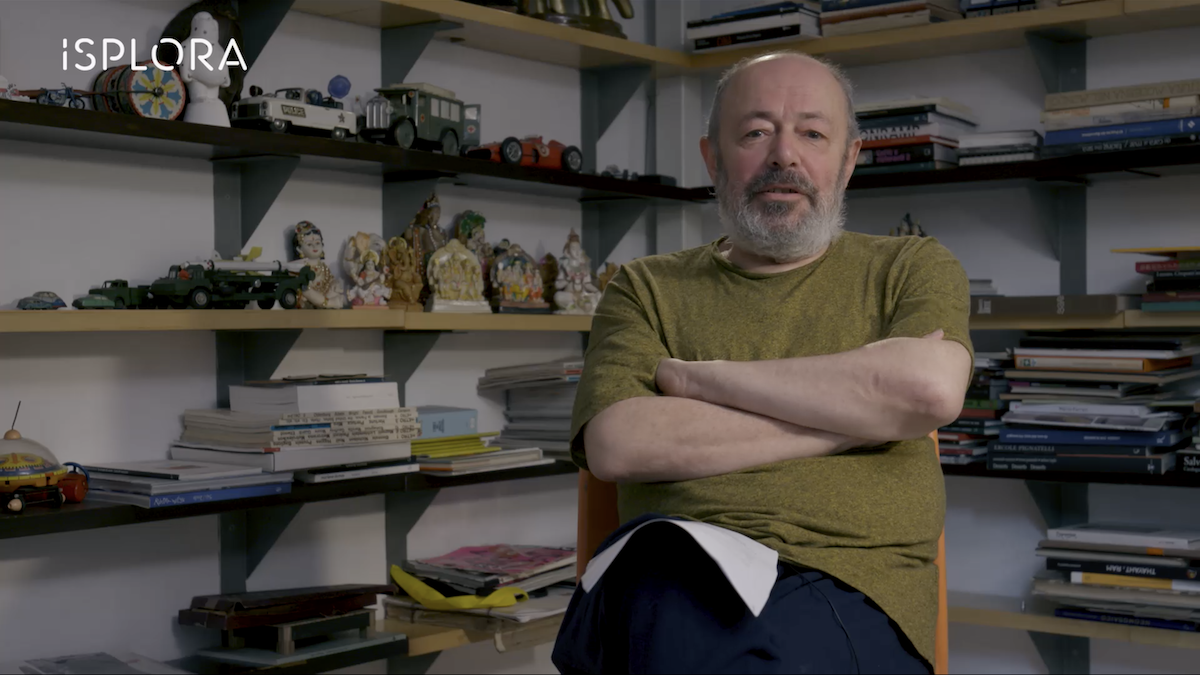 "Serendipity is making people happy through everything we do, this is what I think I do today and I try to do as an architect."

Following the lesson about “building on the built” through the vision of Pietro Carlo Pellegrini, the last ArchiTALKS highlights the figure of the architect and designer Italo Rota, discussing his training and references: from the first professional experiences to the most recent works. His path revolves around the theme of the journey, which becomes a tool to connect the profession to passions and personal interests.

The story of my life is linked to the concept of journey. When I was 16 I started traveling around the world, […]then, in my job I’ve always tried to find farther and farther places to work. I rarely traveled on holiday, so I was also very lucky. Being an architect also means having a bit of luck, matching your visions, your utopias, with realities, turning utopias into small feasible fragments. And this is a secret every architect has to build so as to be able to express him/herself and especially understand people in order not to build hostility towards the world. 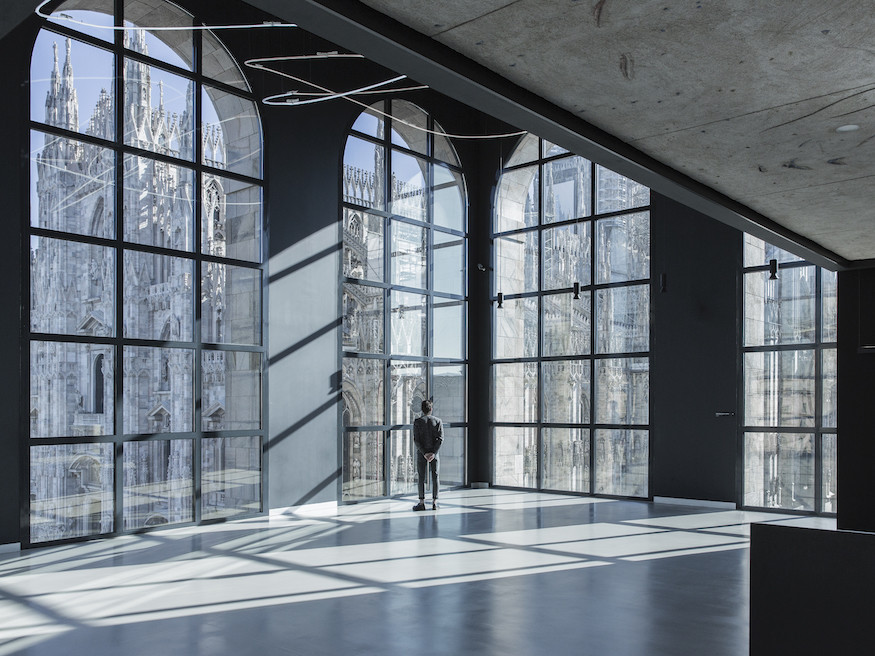 Along this trajectory, some figures emerge, like those of Franco Albini and Vittorio Gregotti, the first junctions in the architect's career, up to the working experience with Gae Aulenti for an installation project for the Orsay Museum in Paris. In addition to the theme of the journey, the relationship between art and architecture emerges within the professional practice, where the museum becomes a place of experimentation and research.

At the same time, I could tell you about the museums, a story of my short life, it started with the Gare d’Orsay, then after a few years I renovated the Beaubourg Museum, the Cour Carrée at the Louvre, and so on up to the Arengario 8/9 years ago, and other projects, once again you can see the change in the statute of the objects and at the same time the relation we have with objects. It’s clear that when I see the Louvre today I wouldn’t make it that way, not because I’ve changed my idea of architecture, but because we have changed, our eye has changed, the way we observe relations has changed. We have a much deeper habit of narration. A spectator that watches the initial long walk of “The Young Pope” understands that is exactly what we do when walking through the hall of a large museum, where one can piece together an extremely evident narration.

The museum and the exhibition spaces are the starting point for the account of themes and projects that marked the career of the architect Italo Rota: starting with the pavilions — from that for the Zaragoza Expo in 2008 to that designed for Kuwait at Expo 2015 in Milan — and continuing with media libraries, passing through other major museums as "Museo del Novecento" in Milan. The issues are the narration and its development, the relationship between spaces and works of art and between architecture and art, as well as the relation with the city, which is not a mere spectator but an element of the museum itinerary.

In this regard, the case of the Museo del Novecento is emblematic, where the Arengario building is redesigned to accommodate the city, taking Piazza Duomo in at a glance and placing the views on the most significant Milanese architecture in a continuous dialogue with the works on display: Lucio Fontana and the Neo-Gothic spires of the Duomo.

The journey of the Museum of the 20th Century lies entirely in its relation with the outside, in the sense that the works pursue a coherence within this “collage city” that is the post-war Milan, and it also stemmed from a collection because a lot of the renewal of Milan symbolically started from that museum, also in the political and collective conviction of putting contemporary art in Piazza del Duomo, in front of the religious and historical power. This was a symbolic operation for the city, putting in a public space, because it’s not in the museum, a work of early 1900s, the Fourth Estate and then the Neon by Fontana, the great lamp of the square. Those were decisions […] led to this distribution of works in relation with the city. Let’s say that the city physically enters, almost as an installation among the works and I think it’s one of the reasons of the museum’s success, which doesn’t distract you but constantly enriches you. The other one is making a very selective museum, not showing a lot of works but changing them, aside from the masterpieces of Futurism and by Fontana, the rest of the museum is constantly evolving. Today, the last part of the museum will become productive, what do I mean by productive? Here’s a example: there may be clones of works that you can take home, because a clone isn’t a copy, but the reproduction in the moment of the physicality made with materials that are inconsistent with the original. This would change a lot, I take home a Boccioni, rather than a Picasso, with all its material nature, things, and then the clone has a date, in the sense that if there is a change, even a new crack, everything will be after the clone.

The museum and exhibition spaces are also a measure of the experimental progress proposed by the architect Rota, on one side in the forms and materials and on the other in the proposal of a new paradigm that looks at contemporary challenges and changes, turning to the future, as in the case of the Italian pavilion designed for the 2020 Dubai Expo with Carlo Ratti Associati.

In the Italian pavilion for Expo Dubai, we prepared a very peculiar process where material generates solutions. The pavilion in Dubai is governed by vessels arriving from the sea, but for example it isn’t air-conditioned, all the subjects have a circular logic, from an economic point of view and in terms of expressive narration. There is a lot of reuse, for example there is a walkway whose interior is made of coffee grounds, while the exterior is made of orange fibers, or other similar topics, plastic collected in the sea, but they all find their expression through technological transformation. All this exists to favor physical experience. Those who will visit and use the installation will go with their own body, so we think they will have to use all their senses.

Many others are the topics that emerge from the lesson: from the relevance of writing to the idea of an enlarged architecture, placing the themes of environment and mobility on the worktable, where the application of the most advanced technology prefigures new modes of living and new territories.

Why should an architect take part in designing an infrastructure such as a self-driving car? It’s not about design or architecture, but it certainly radically changes the city, it changes collective space, shared space, so I think those are the new forms of urban planning, things that renovate the territory. 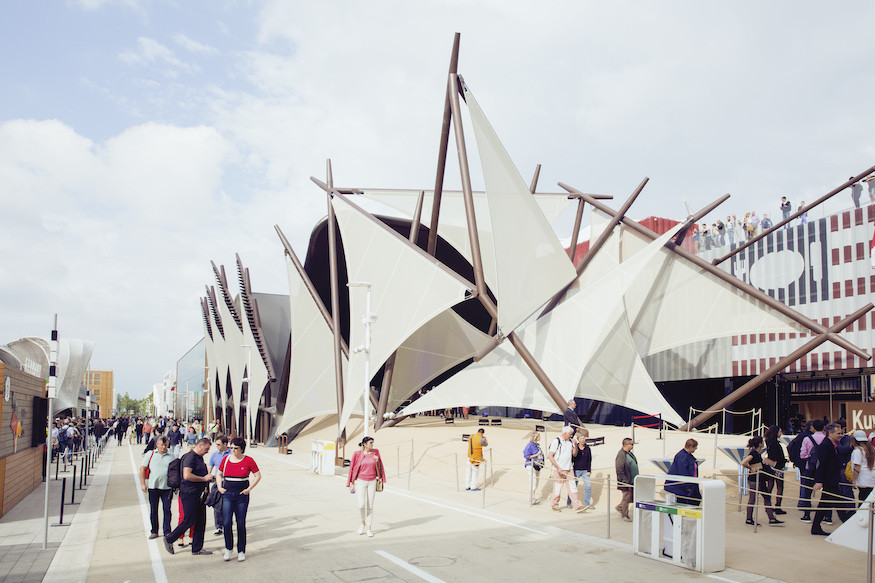 The ArchiTALKS by Italo Rota, through a different practice, highlights the idea of designing reversible buildings, such as the Kuwait Pavilion disassembled and reassembled in Val Brembilla. An extreme method exploring the role - for example - of artificial intelligence and emerging new ethical questions. The idea of experimentation and prototyping proposed starts from the circularity of the processes that take place in the environment, looking at nature, always knowing that "the future is in our hands".