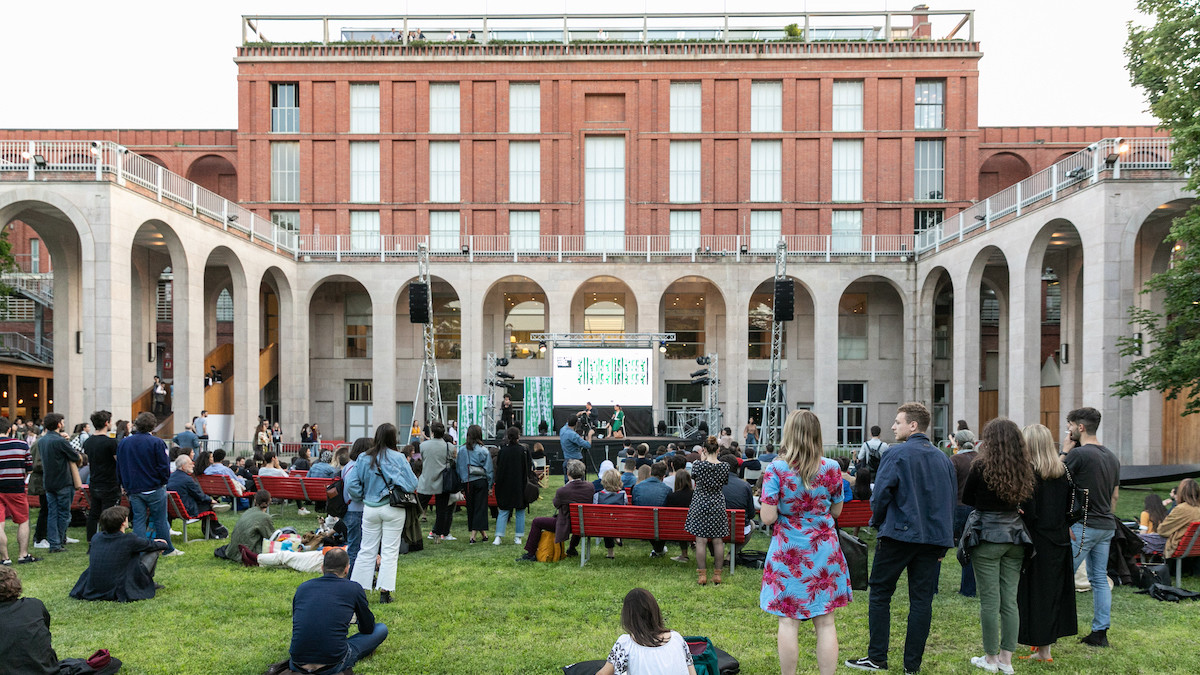 We went to the Milanese event dedicated to architecture and organized by Triennale, Politecnico and the City of Milan. Our interviews

The Milano Arch Week 2019 ended on Sunday, after a week of meetings and events dedicated to the future of architecture and cities, featuring important architects, urbanists, and more in general, actors and thinkers of urban transformation and the changes underwent by the territory.

At the center was the city, Milan traversed by debates and explorations as well as planetary metropolises and urban areas, the protagonists of many initiatives, ideas and practices presented to the public.

The event, developed in the spaces of the Triennale, Politecnico and Fondazione Feltrinelli, was a success, with an attendance of about 30,000 people, mostly young, proving the Millennial generation is active and interested in the issues of environment, innovation and sustainability.

Among the “big” names, the two meetings between the host, the artistic director of Milano Arch Week Stefano Boeri, and the two internationally-renowned architects Shigeru Ban and Rem Koolhaas caused great interest and attracted a large audience.

While in the case of the Japanese architect the focus was on contemporary architecture as an ever-changing discipline, with the founder of the OMA studio the issues discussed were inequality and extremisms, translated in terms of urban dynamics to a European scale. In his intervention, Koolhaas talked about two different cultures, systems, existing today:  the urban one and the non urban one of the “countryside”, stating:

What fascinates me most is not the search of a unique definition, but I want to look at the countryside like something that does not speak strictly urban. What we observe today is no longer an uncontaminated nature, which only exits in protected areas purchased by philanthropists, […] but a varied panorama.

Thoughts and words that lead to a new form of “extremism”, technological and in terms of ambitions, and will be the focus of the exhibition Countryside: Future of the World opening on February 20, 2020, at the Guggenheim, curated by Rem Koolhaas.

Isplora and its editorial staff was also present during these days dedicated to the city to collect ideas and themes, but mainly to meet the protagonists.

Architect Stefano Boeri told us how our cities are at the origin of climate change, “with cities we produce 75% of the CO2 that then generates global warming and sea level rise, whose first victims are coastal cities”. The solutions suggested by the architect of the Bosco Verticale lie in both our individual behavior and afforestation interventions, adjusting existing buildings and creating new ones, self-sufficient from an energetic point of view.

According to Boeri, in the Anthropocene architecture and urban planning should “welcome nature” in order to face the challenges posed by climate change, acting on existing cities:

Putting plant-covered surfaces on the facades, forests as orbital parks around the cities, putting plant or agricultural surfaces on house roofs, increasing the number of trees, as in Milan where 3 million new trees will be planted by 2030.

Green and nature as tools for a “healing” architecture, as in the case of buildings covered in vegetation or of the next new green towns suggested by the Boeri firm, and at the same time as a tool to make us reflect on contemporary times. It is the case of the “dead forest” – trees coming from the destruction of the Carnic forests of Friuli Venezia Giulia last autumn – used in designing the scenes for the “The Trojan Women” by Euripides at the Greek Theater in Siracusa, to reflect on the modern tragedies of war.

The architect and urbanist Andrea Boschetti, founder of the firm Metrogramma told us about the project Milano Future City, where the idea is to

Redefine 10 major roads, which start from the center and reach the suburbs, and reorganize them in terms of urban quality of space: reducing the lanes and traffic, […] connecting the world of slow planning with the fast one, bringing back green areas, changing materials and surfaces, building shared square.

Transformation that is the object of urban projects for the future Milan, an example is the project “Agenti Climatici” [Weather Agents], an intervention to redevelop the railway yards of Scali Farini and San Cristoforo by means of a linear forest that cools off the warm winds blowing from the south-west, purifying the air, and a system to filter the water.

The project, developed starting from a contest announced by FS Sistemi Urbani and Coima, was conceived by a design team composed of Oma and Laboratorio Permanente, in collaboration with Philippe Rahm architects (meteorological architecture), Vogt Landscape Architects (landscape), Ezio Micelli (urban politics), Net Engineering (transportation) and Arcadis (environmental engineering). We spoke to the CEO of Arcadis Italia, Massimiliano Pulice, about this important project and the activities of Arcadis, a worldwide leading company in the field of environmental consultancy, infrastructures and real estate.

At the end of the Arch Week we must relate the interview with architect and lecturer Cherubino Gambardella, a way of seeing the world and projects, where the answer to Anthropocene is “democratic beauty”, that is:

Accepting the possibility to produce an imperfect and secondary beauty, built by reclaiming common elements, […] compose starting from common elements that are cheap and available to everyone.

After all, “democratic beauty” is a way of facing the future, working on “marginal conditions”.