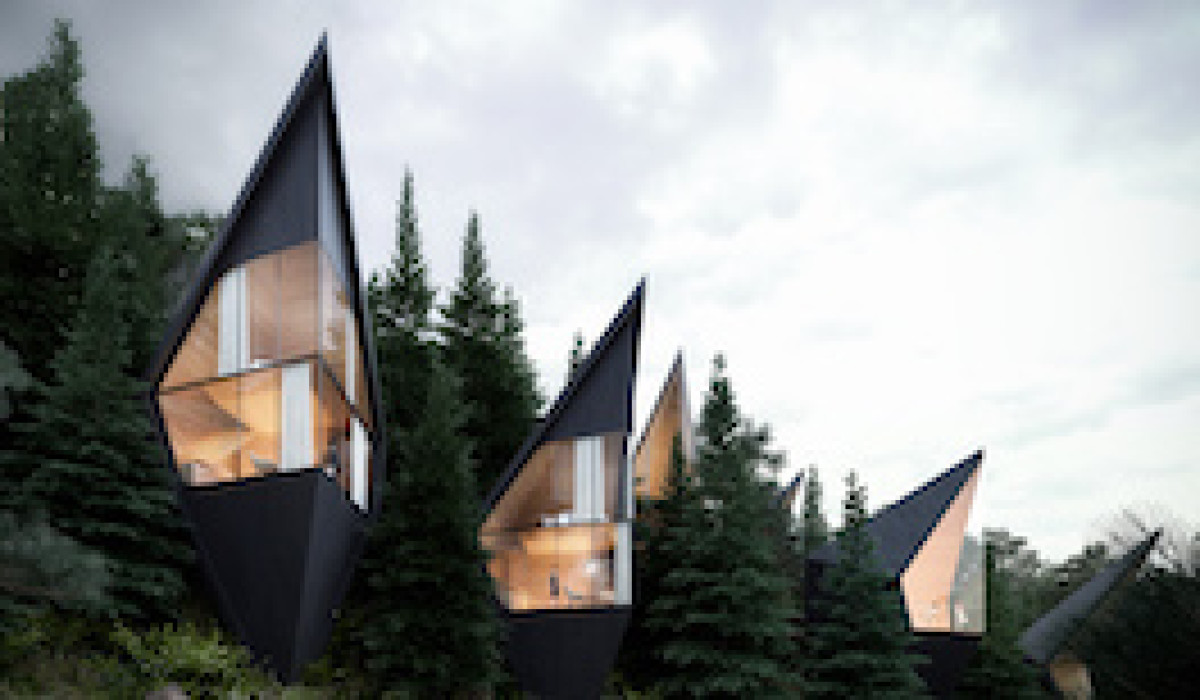 The “Tree Houses” and “Hotel Schgaguler” projects propose a perfect integration between nature and architecture, an approach based on slowness and sustainability

“Tree Houses” is the new project by Peter Pichler’s firm, which proposes sustainable dwellings immersed in the green scenery of the Dolomites. The elements conceived by the Milan-based firm are envisioned as extensions of an existing hotel, an innovative living solution which aims at removing any type of filter in man’s experience with nature.

The shape of the structures is inspired by the surrounding context, in particular the pitched roofs recall the thick woods of fir and larch trees which cover the mountain slopes, resembling monoliths lodged in the ground like “splinters”.

The idea of tree houses has always sparked imagination and filled the history of living, since ancient times living on trees has represented a building solution and way of building that was respectful of the land and integrated with the natural environment. In the case of the project by the Peter Pichler firm, the building is not supported by a tree but is instead located among them, almost merging with them, imitating their shape and materials.

The latter, in fact, recall the alpine context in the use of local wood for the structure and cladding. The large glass walls, instead, allow users to fully immerse themselves in the landscape.

The “Tree Houses” are made of two tetrahedrons sharing the base, where the vertex of one of the two corresponds to the bottom, where it is connected to the ground, while the vertex of the second one corresponds to the top of the dwelling. If on the one hand the lower solid has a structural function, the upper one instead houses the residential functions. From a distribution point of view, the units are developed on two levels, on the first one there is a reading-lounge area with a bathroom, and on the second one the sleeping area and another small bathroom. The two levels have a rhomboid plan, with two glass sides, while the two opaque walls house an internal stair which connects the two floors. The size of the different units ranges between 35 and 45 sqm.

As stated by the firm itself, the project was conceived as a "slow down", proposing a form of tourism where nature and architecture integrate perfectly.

"We believe that the future of tourism is based on the relationship of the human being with nature. Well integrated, sustainable architecture can amplify this relationship, nothing else is needed”.

With these words Peter Pichler explains the innovative approach of the project, in a constant search for a better integration between architecture and the surrounding context. A modus operandi which emerges in all the other projects by the young architect from Bolzano, especially in the recently-completed "Hotel Schgaguler". 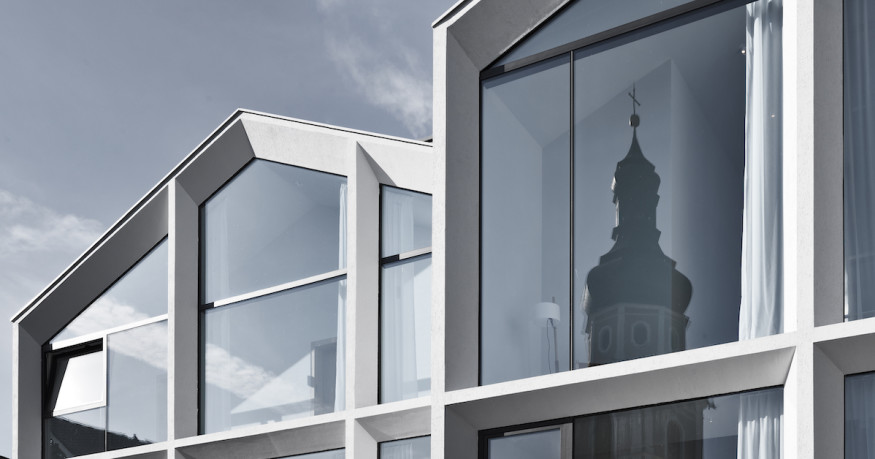 The luxury hotel located in the small village of Castelrotto in Alto Adige, in the heart of the Dolomites, one of the sites on the Unesco World Heritage List, comprises three monolithic volumes, following the original structure which dates back to the ‘80s. The refurbishment totally rethought the facade by means of a new “exoskeleton” which changes according to direction and the internal functional program. On one side the north-east facade has a nearly sculptural aspect and is not as deep, behind it are mainly corridors and public spaces. On the other side is the south facade, whose geometry is tapered and has more depth, which is the result of loggias and the shades they create.

The materials which compose the facade are glass and bright gray chalk inspired by the color of the surrounding rocks. 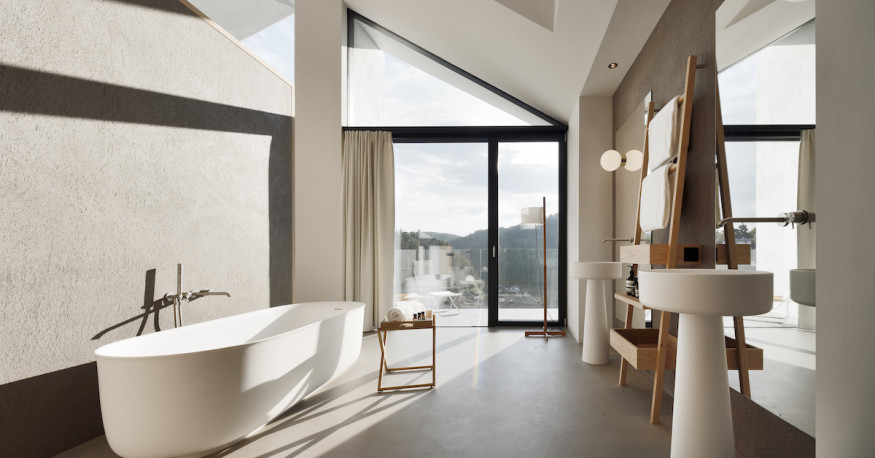 Tradition and culture are key elements in the design of the Hotel, where the simple and functional interiors are combined with local materials such as chestnut wood, local stones and textiles. As to space distribution, the public spaces of the lobby, bar and restaurant are on the ground floor, while the underground level houses the Spa and the hotel rooms are located on the higher levels.

The project is the result of a competition won by Pichler in 2015 for the refurbishment of the Hotel Schgaguler and along with the “Tree Houses” it reveals a design approach that is respectful of the landscape, while proposing a new architectural identity, based on a new interpretation of the alpine style and culture. The two projects by Peter Pichler’s firm are capable of re-imagining vernacular elements typical of alpine architecture, within the context of a contemporary research in terms of composition and construction.