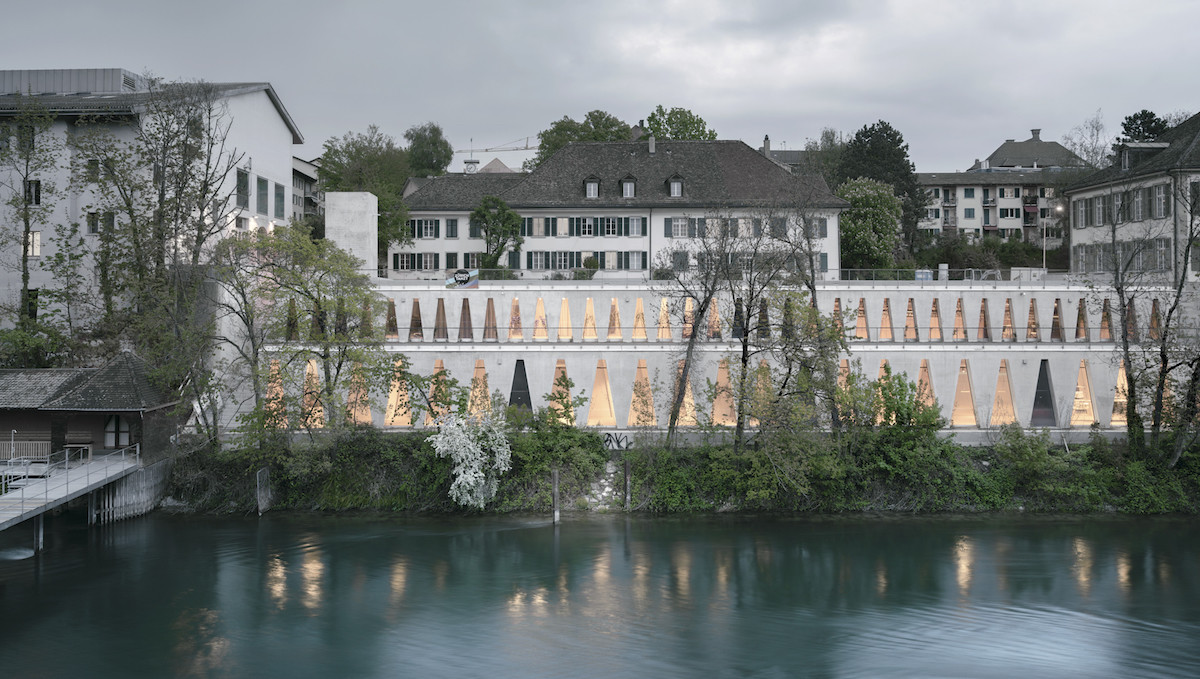 Barozzi Veiga: between matter and memory

Two projects that recall the industrial memory of the place they are in, in a material and compositional relationship with the context. Two architectures designed by the firm Barozzi Veiga, an unmistakable design feature in its pursuit of the rigor of geometries and volumes, as well as in the careful choice of materials. The Tanzhaus in Zurich and the Musée cantonal des Beaux-Arts in Lausanne.

Two architectures born in the city, for the city, two new paragraphs in the text of the urban fabric of Lausanne and Zurich, in Switzerland. Two different projects, capable however of a conscious reinterpretation of the urban landscape and its traces and memories. A key to interpreting the contemporary world in a continuum with the practice of Barozzi Veiga, the firm founded by Fabrizio Barozzi and Alberto Veiga in Barcelona in 2004.

After the fire in 2012, the Tanzhaus in Zurich saw Barozzi Veiga win the international competition for its reconstruction, in 2014. The project rethinks the cultural building, symbol of contemporary dance in Switzerland, exalting its relationship with the river Limmat. 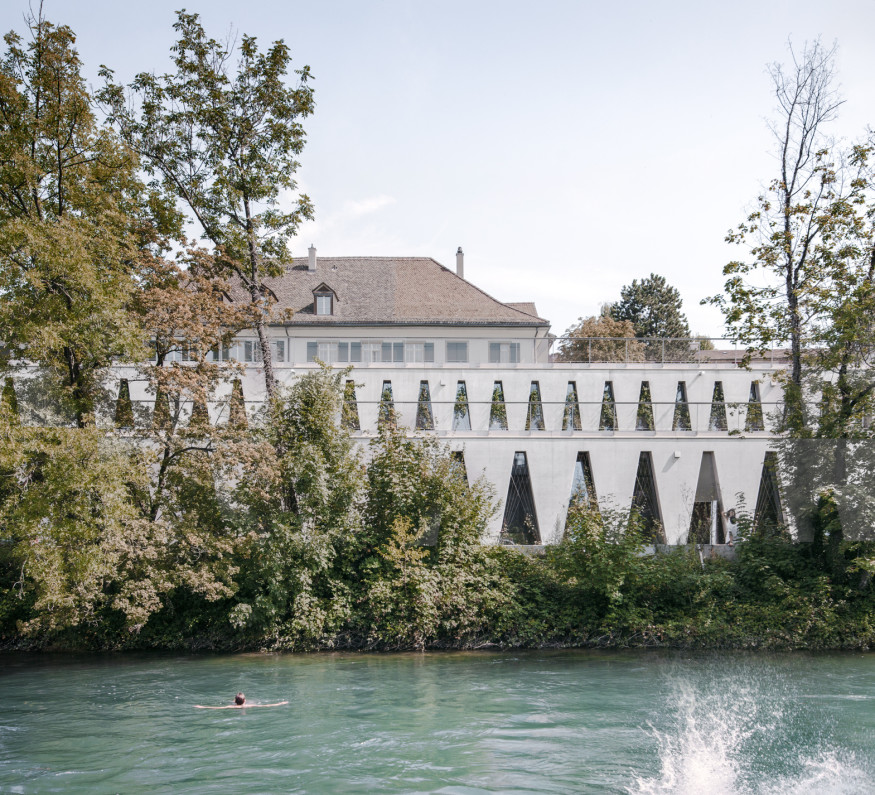 By integrating the existing elements into the project, the transformation links them to the new ones with sensitivity. The composition of the facade reinterprets the surrounding context, in the attempt to re-propose a historical memory of the area's industrial past.
A dialogue with the river, established along the promenade that acts as a ribbon between the building and the water flow. The volume, with its apparently simple geometry, is totally connected with the surrounding urban landscape: the roof is accessible, in continuity with the public space. Visually, the uniformity of the facade characterizes the image of the long river, regulating the relationship between indoor and outdoor spaces. In particular, the choice of a trapezoidal geometry is the result of thoroughly thinking the orthogonal system of pillars and openings, defining a continuous and structural facade. The material articulation, with full and empty spaces in a regular effect of opacity and transparency, not only allows natural light to enter the building, but also the creation of a play of shadow and light. 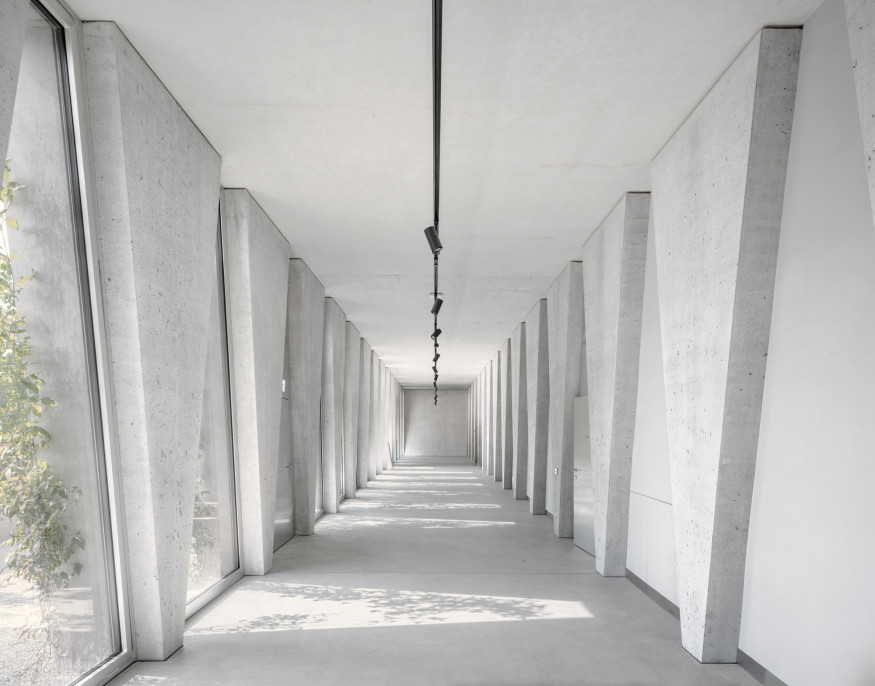 The functional program is distributed on two levels, separating private spaces (on the upper level) from public ones (on the level of the river), while the main foyer overlooking the Limmat gives access to the rooms and the main multifunctional space. 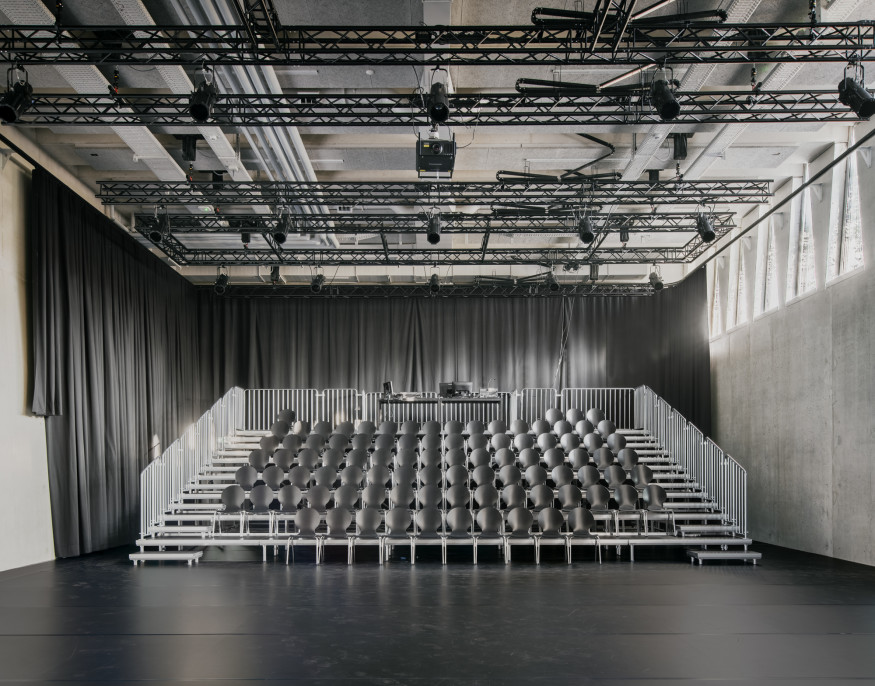 In parallel, in 2011 another competition for the Musée cantonal des Beaux-Arts de Lausanne won by Barozzi Veiga gives life to an architectural work that has recently seen its completion.
A monolithic volume, parallel to the railway, acts as the boundary between the city and the tracks, expressing the memory of the site and echoing the pragmatic nature of the place: rigor, geometry and hard lines. 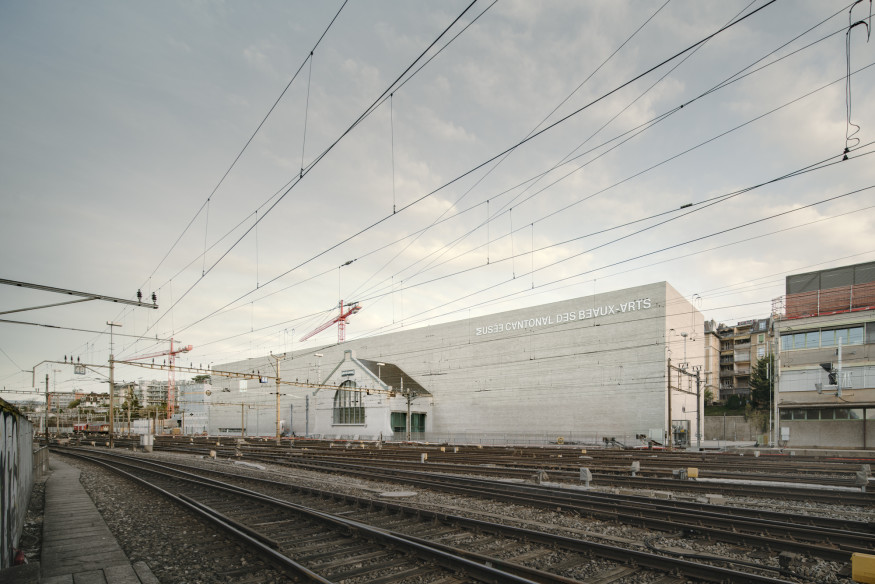 The use of brick evokes its industrial identity through its texture, giving a material rhythm that breaks up the mass of the building. A restoration which at times preserves the presence of traces of the past, fragments, such as the arched opening that observes trains flow at different speeds.
In terms of urban strategy, the masterplan works on the redefinition of a public space that gravitates towards the museum, turning the architectural work into the scenic backdrop to the vibrant urban life: a new gathering place. 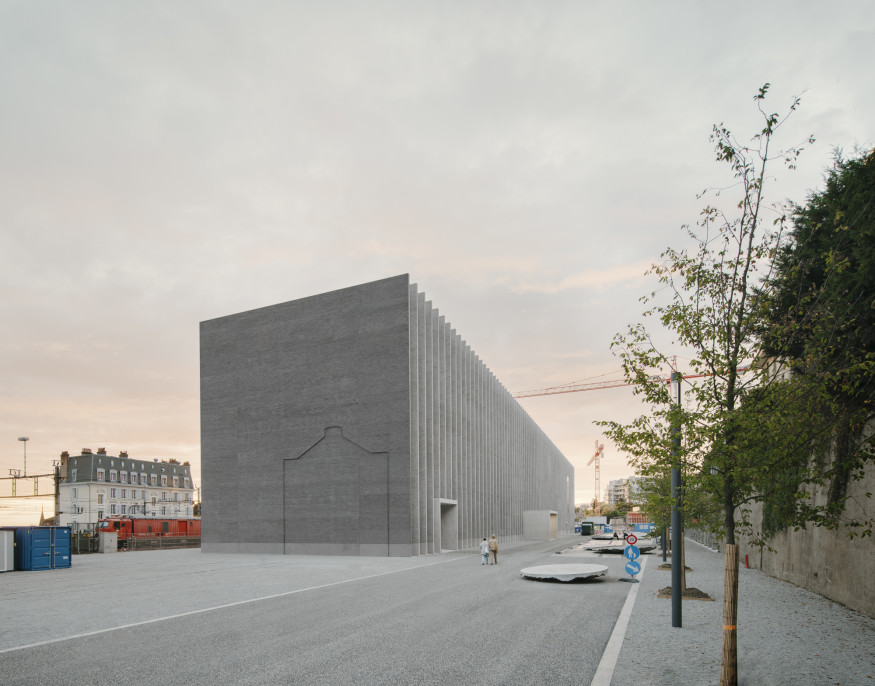 The distribution on three levels develops around the foyer. The ground floor is the extension of the public space, with a porous facade, while the upper floors are marked by a vertical system of alternating full and empty spaces that guarantee natural lighting, providing an engaging atmosphere to the works of art exposed. 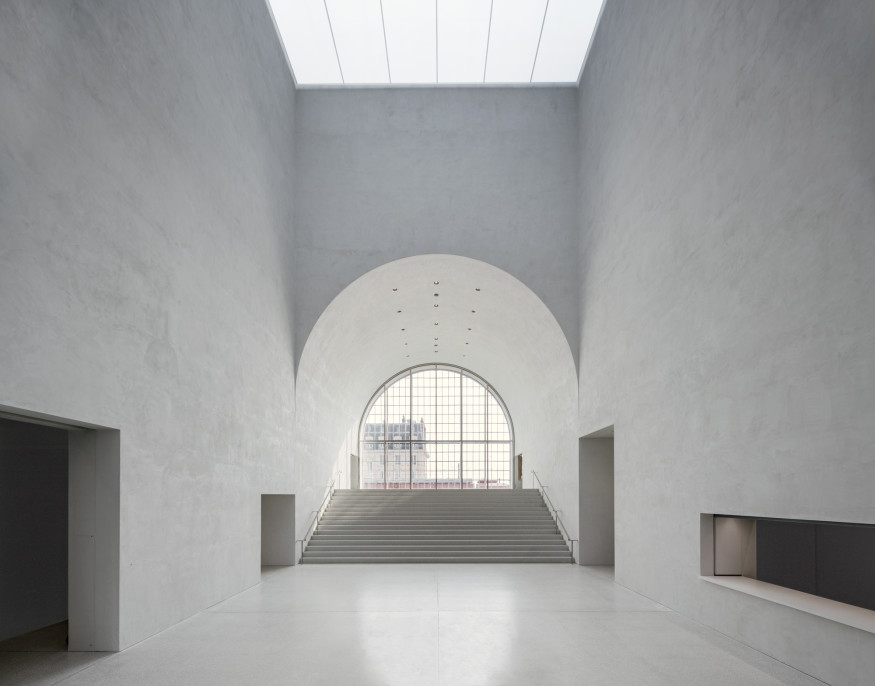 Two projects, two new signs in the city. Two objects capable of recalling the past, building a solid present. Two critical actions, two perspectives towards a future that is deeply integrated into the urban track. Two new stories, between matter and memory.