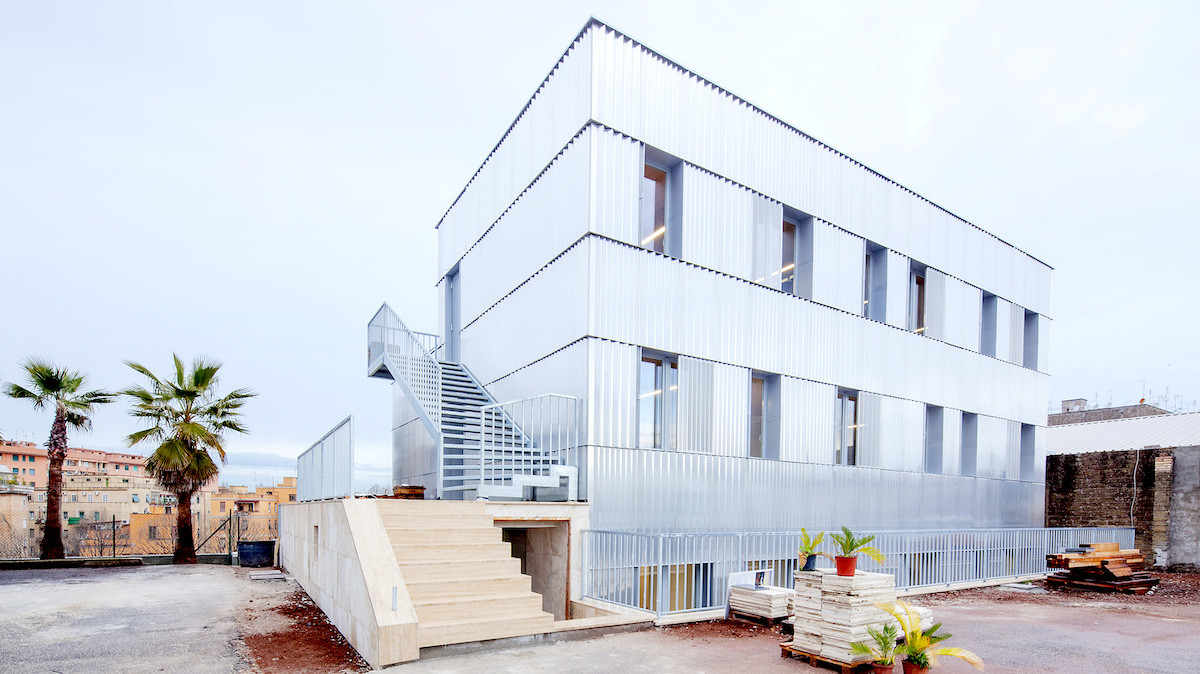 HUB by It’s at Tiburtina: wood and aluminum

The Roman studio It’s designed its headquarters, which will also be a gathering place and a space for innovation, using “simple” materials

The HUB building designed by It’s, located near the Tiburtina railway station in Rome, is structured as a fulcrum of innovation, a place for gathering and development that will house different realities working in the field of construction, mobility, infrastructure and digital to develop research projects. The building will also be the Roman headquarters of It’s, the research and innovation-oriented architecture company founded in 2016 by Alessandro Cambi, Francesco Marinelli and Paolo Mezzalama, and its subsidiary Parallel Digital, company specialized in BIM management.

An urban hybrid, an idea that appears to be the conscious and controlled evolution of the “pet architecture” theorized by Atelier Bow-Wow for the city of Tokyo, taking shape in marginal spaces to suggest a new language and new functions. An intervention which is not cutting-edge for its materials or technologies, but rather innovative in the use of “simple” materials such as wood and aluminum and the structure of the volume and interior spaces.

HUB: a place open to the needs and timing of contemporary society

As mentioned by the founders of HUB and It’s, Alessandro Cambi, Francesco Marinelli, Paolo Mezzalama:

The Tiburtina area is crucial for the city. Since no constant and coherent strategy has been implemented so far, we can call it a “terrain vague” between the consolidated city and the first outskirts of Rome, a context where heterogeneous elements coexist: the railway station, industrial spaces, Sabbatini’s Casa del Sole or Ridolfi’s dwellings dating from the ‘50s, the new BNP headquarters and public housing.

On a 5,000 sqm industrial lot, the masterplan project foresees the refurbishment of some existing buildings and the demolition and construction of new volumes to house start-ups, innovative companies, fab-labs. 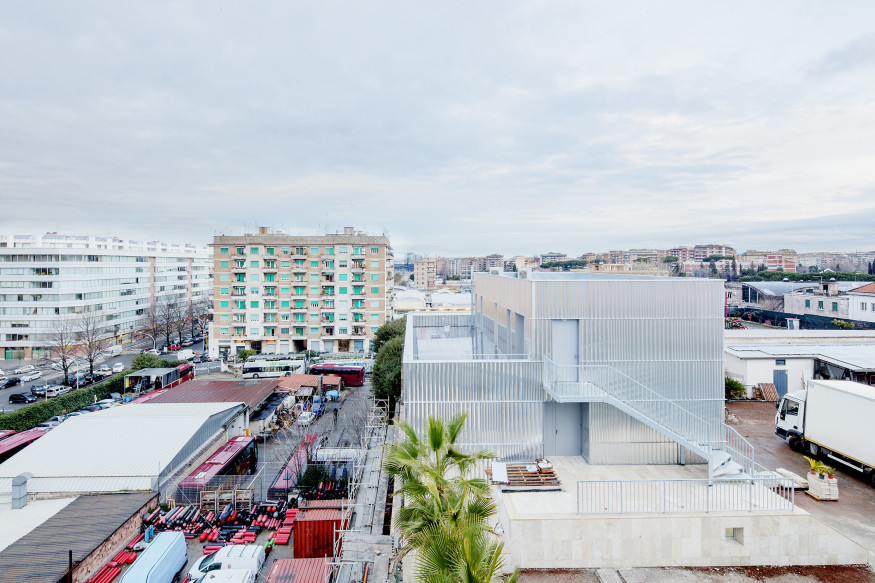 An operation where the Roman headquarters of It’s represent the first piece in a wider process of urban transformation where, as explained by the founders:

The goal is to evolve our architectural practice by hybridizing with other fields such as IT, visual design and new economy. The idea of a continuous exchange to feed the content of our work and that of others: this is what we intend to trigger, and since we hadn’t found existing realities that were convincing, we decided to create one: HUB is the physical manifesto of our way of thinking. 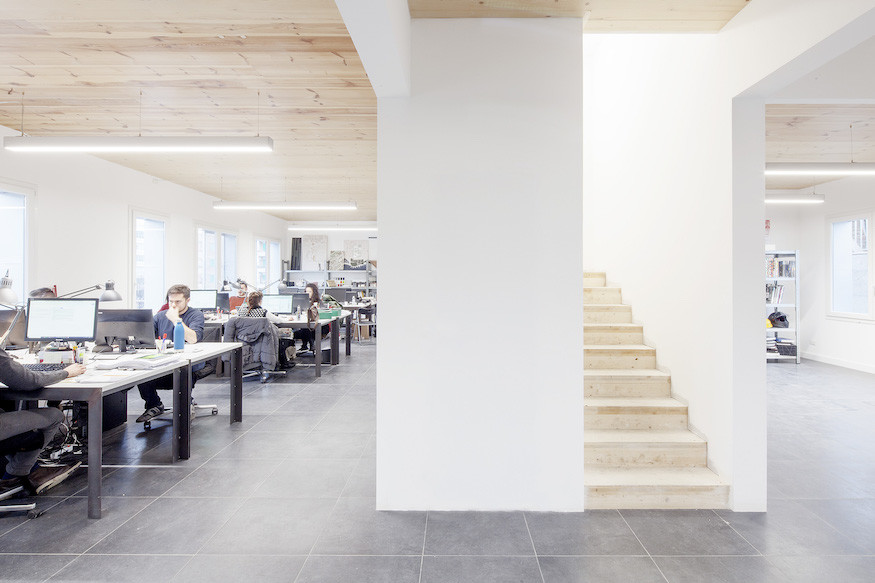 A vision and an urban and cultural strategy that led many startups to choose this place. In fact, aside from It’s, the building today houses the startup Ulis, engaged in social innovation, the Coder360 laboratory, aimed at forming new professions that can connect humanities, Parallel Digital, a startup dedicated to project development with the Bim method and digital experimentation, and 8 Production, an independent film production company.

An innovation that works at different levels, where the architecture proposed by It’s takes on a central role.

The structure of HUB and the use of materials

The idea includes a three-story building, inside a former industrial area, at a height of about 10 meters above the road it overlooks, emerging as a new landmark. 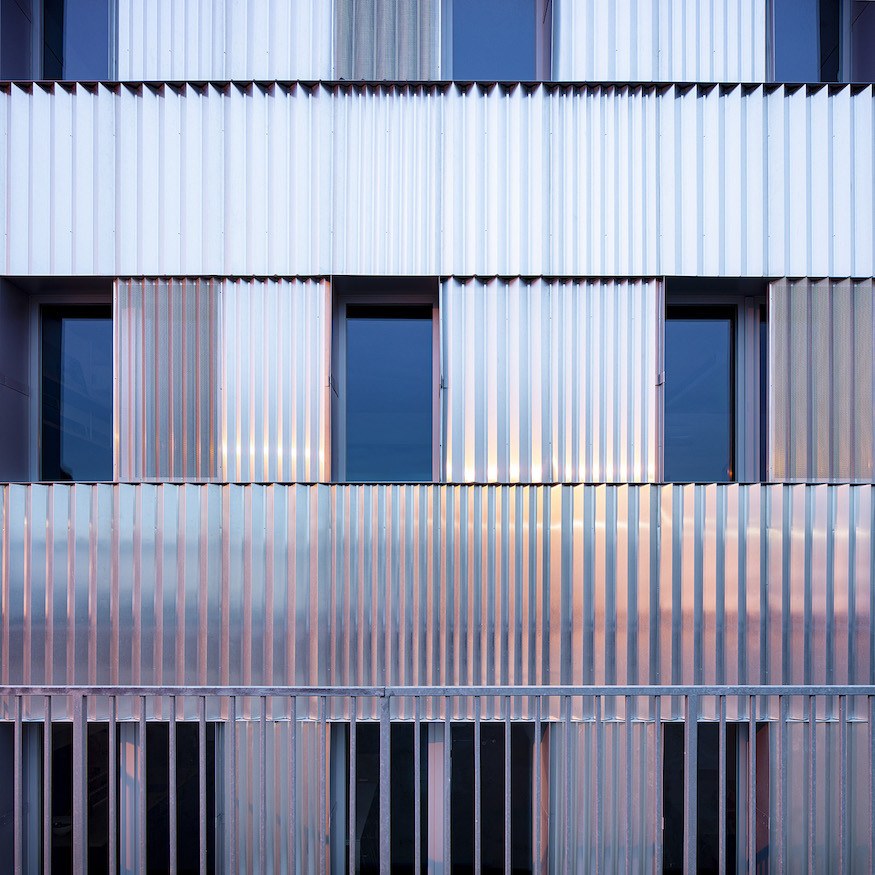 A reference point for the development and identity of the area near the Tiburtina station, where the sedimentation area is located above a complex network of tuff caves dating back to the 19th century that were used as shelter during World War II.

A way of bridging the divide that sees innovation as a central element of the intervention, in fact the project by It’s represents a case study both for process management, full BIM, and for the use of prefabricated elements. An approach that allowed to limit the construction time to only 6 months, including the micropile foundations, guaranteeing the control of the technical quality of the building and its costs while reaching high standards in terms of energy saving, also thanks to the photovoltaic panels on the roof. 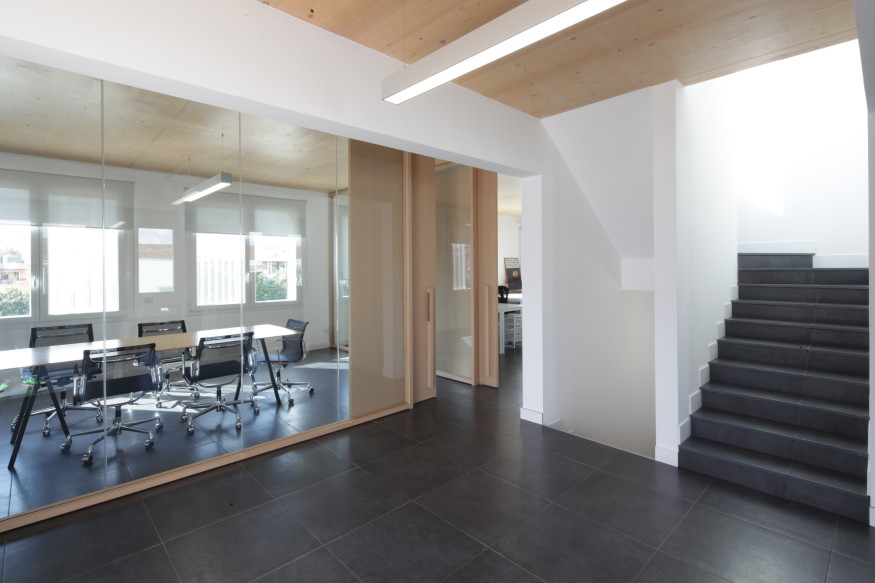 The structure is in wood, created by Centrolegno and the Engineering firm Marchetti Rossi, with load-bearing walls made of Xlam fitted in 4 weeks. The external skin, the characteristic feature of the new building-landmark, is an aluminum coating created by Desca Servizi. The interiors, instead, highlight the wooden frame, organized in bright and open work spaces, thanks to the glass partitions and window fixtures provided by Eostre. All this in a sequence of essential furniture, by Evospace, and a linear and strongly technical lighting system provided by 3F Filippi.

The project by It’s provides a contemporary image, where the study of the facades is a central element to obtain modularity and an industrial texture, a new language that by means of an ever-changing, iridescent skin reflects the dynamism of the internal functions, and at the same time is a mirror of the outside world. 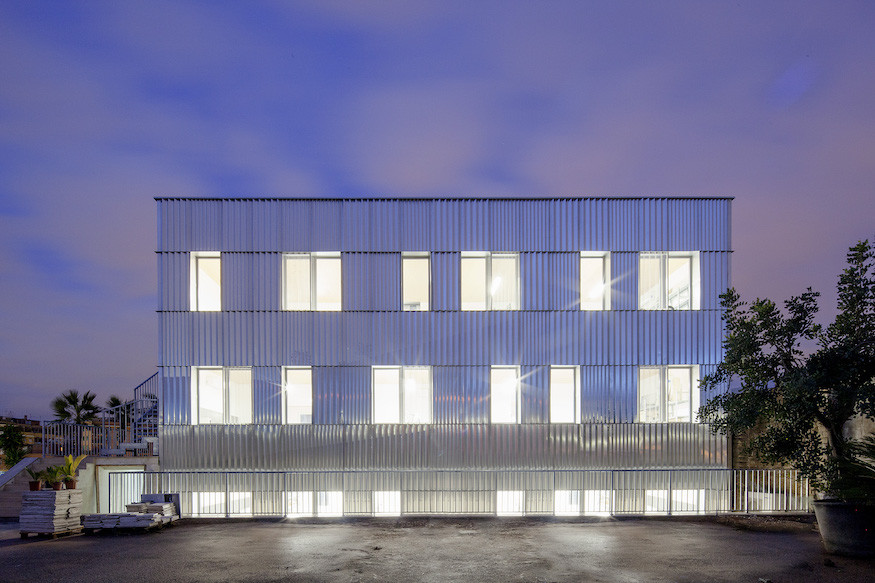