The theme of urban transformation, in its complexity, has always represented one of the most interesting scenarios through which intercepting and interpreting new uses of space, new flows, modifications and changes in the socio-economic habits of places, as well as possible innovations in the physical design of the territory.

The new film “Transformations at the margin. The Laurentino Passage" moves crossing the story of urban complexity, returning mechanisms and forms, perceptions and crossings, projecting architecture into the background, the scenario of growth and transformation, the scene of changing lifestyles and a wider way of living. 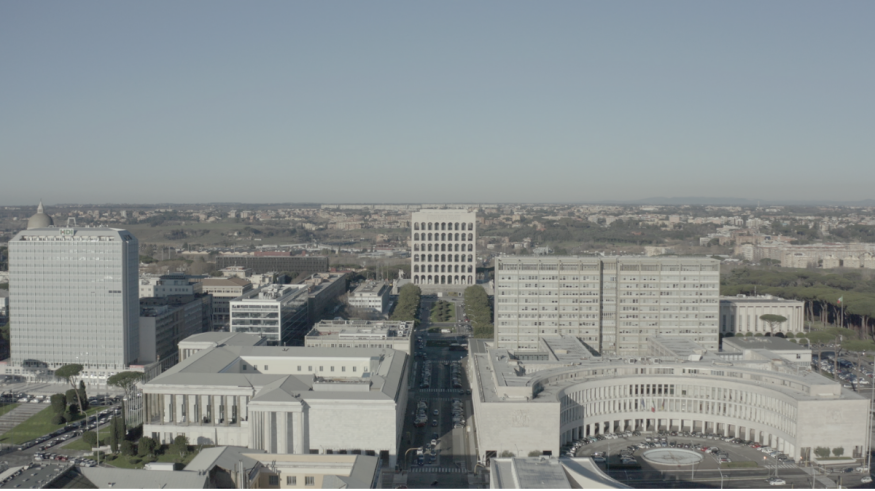 Rome and its visions, the plans of 1931 and 1962 that move the city towards the edges, imagining the periphery becoming the center

On the one hand, the film aims to highlight the history of urban strategies.

Starting from the E42 project, from the EUR district, to get to the construction of the public city, the social housing districts: the urban reform, the law n.167 of 1962, the cooperatives and the experiments, the solutions and the issues. 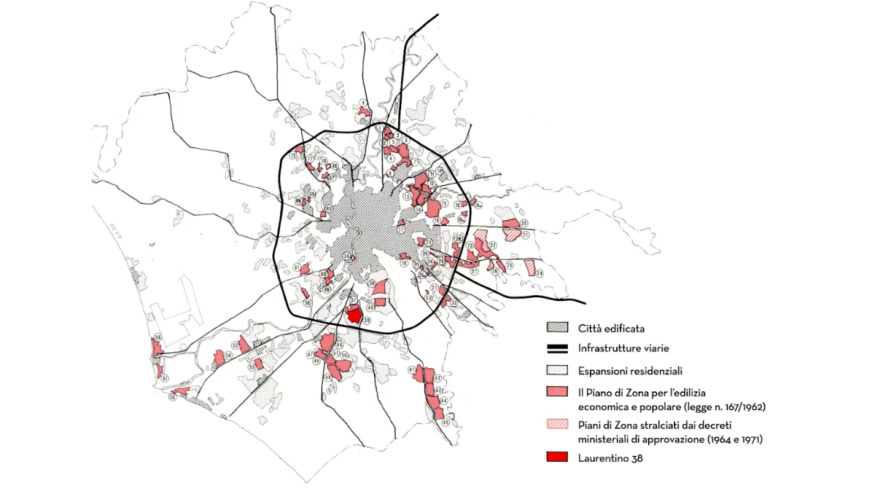 To do this, the filmic narrative uses a case study, the history and vicissitudes of one of the most emblematic cases of Rome, the Laurentino 38 designed by Arch. Piero Barucci: the urban vertebra system and the settlement mechanism, roads and bridges, slats and towers. 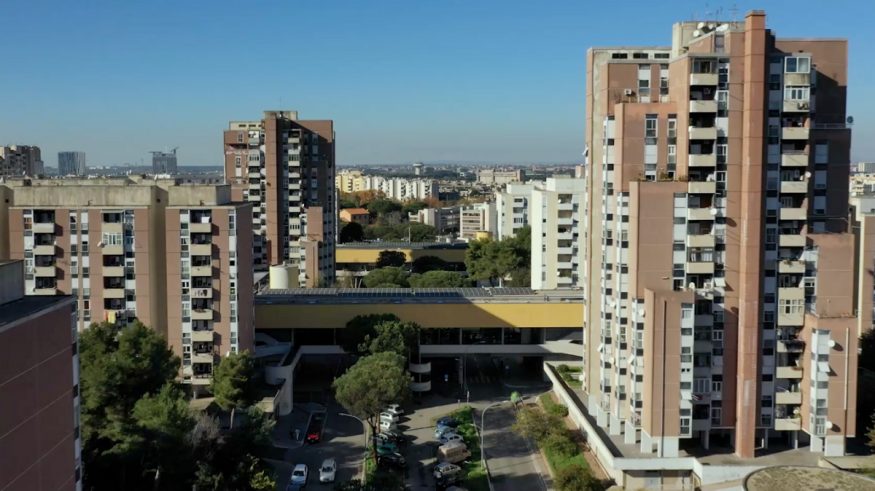 The Laurentino 38, with its eleven bridges, [...] has constituted [...], a model of city on the basis of the experiences made in Northern Europe, in particular in England (Cumbernauld, 1967 - Milton Keynes, 1967) and in France, on different levels, with road traffic at ground level and pedestrian traffic at the upper level, "generating" an urban system that becomes the urban vertebra, [...] a city that has futuristic thrusts, certainly 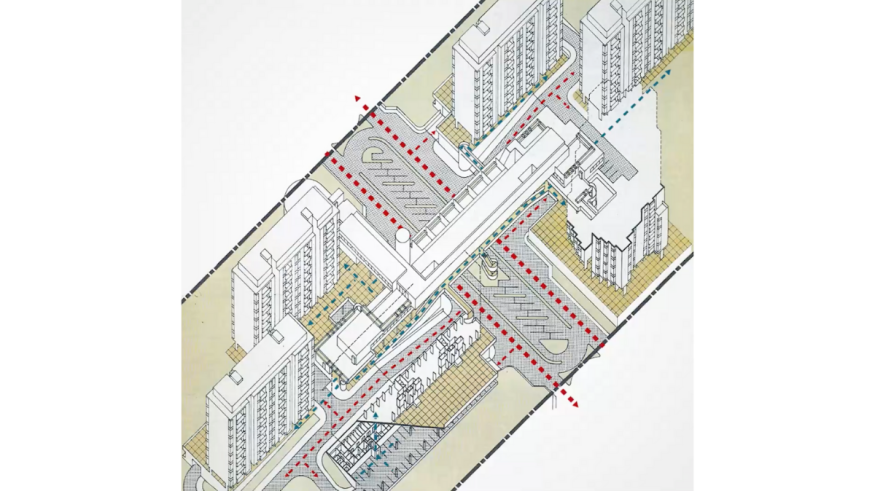 Transformations, reinterpretations of a territory in constant motion.

A movement that expands more and more the edges of the historic city and the consolidated one, introducing a new element: the Gra, the Grande Raccordo Anulare.

A distributive boundary, the frame that supports the vehicular flow of many Roman histories, becomes a settlement element, expanding territories and generating new forms of living, beyond the connection, breaking up the edges and putting an end to the historic city / countryside dichotomy, in a city-territory. 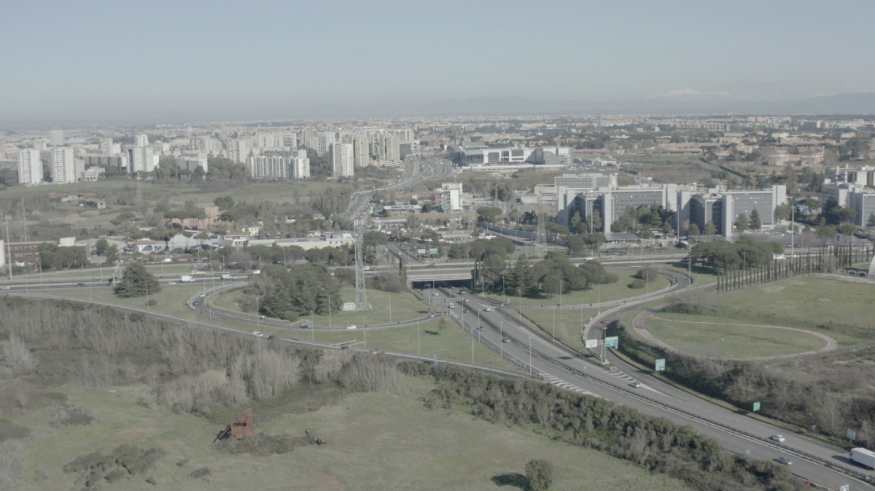 On the other hand, the film wants to focus on the project of one of these centralities, identified by the Rome Prg of 2008, that of Laurentino. An evolving polarity that today shows its first piece: the Maximo shopping center, designed by the 3C + t studio Capolei Cavalli Architetti Associati. Starting from this space, from its conception and realization, it is possible to draw a parallelism with the movement of the city to exit, towards its edges, from the historic city to the one in transformation.

Space exists when it is illuminated, [...] natural lighting is the characterizing element of our intervention, [...] recreating that atmosphere of a walk in the streets and paths of our historic cities, where the shadow and the sun characterize the spaces of travel

The story thus moves through the crossing of architecture, highlighting elements and themes, solutions and challenges to be overcome: from the light that penetrates from the roof to the galleries, overcoming the market spaces to go out onto the public square where they are not only taken into consideration of the aspects of the skin, of the superficial texture of the center but where the two stories and the two observation scales meet.

The idea was to create continuity between internal and external space. […] Historically, the square is a very important and fundamental element for the genesis of a place, it is a meeting point, a place for entertainment, politics, education, it is the place to find shade, shelter, beauty. All reasons why people take possession of a place, both dynamically, because they pass through it, but also static, because they occupy it

Two stories, two staircases that move parallel: from detail to the city, from flows to living. Enlargements and shrinkages, which emerge in a double path that tends to collide, overlap, keeping together the different stories and instances present in the territory.

The space of polarity takes shape, a space in motion, with different tensions and speeds. On this ground, not only the times of the city are confronted, but ancient and new imaginaries, interests and requests

A path that aims to highlight the transformation of contemporary urban space, observing the forces that drive this change, exploring shapes and dimensions.

Rome and its possible mutation.

Watch the film: Transformations at the margin. The Laurentino passage 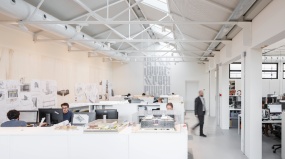 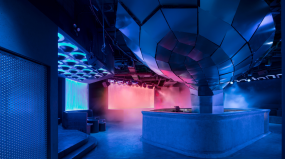 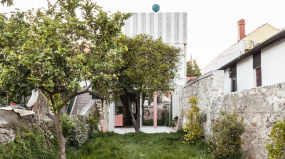