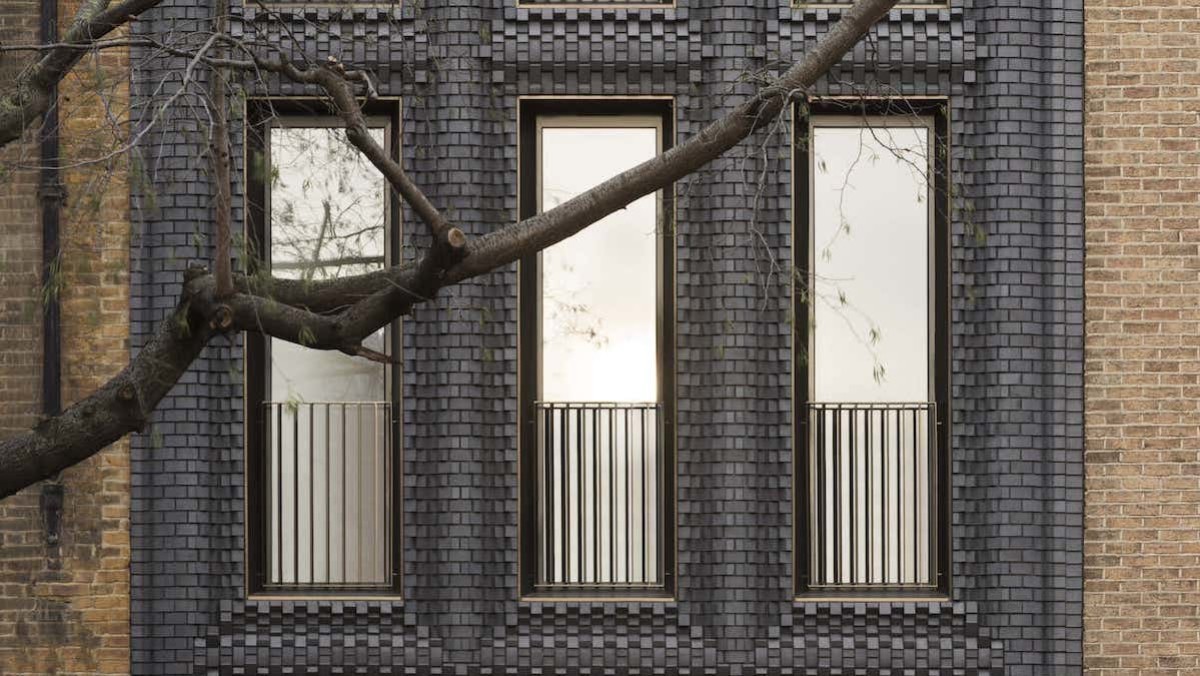 The Interlock: a clay manuscript

Located in London’s Fitzrovia district sits Bureau de Change’s The Interlock, a project which is at the same time rupture and conjunction, with a façade that reinterprets and experiments the infinite compositional variables given by the use of brick as a construction material and formal element.

In that exact place where Riding House Street opens to Wells Street, streets that have deeply breathed the air of Dickensian London. In a neighborhood sculpted by a dense literary past written by important personalities such as Virginia Woolf, George Bernard Shaw and Arthur Rimbaud. Here, among others, a house finds its own contemporary sense. A sense - referring to the romantic Central European Sehnsucht - as a tension towards a nostalgia for appropriation of the past, like a crystallization to date of a moment far away in time. 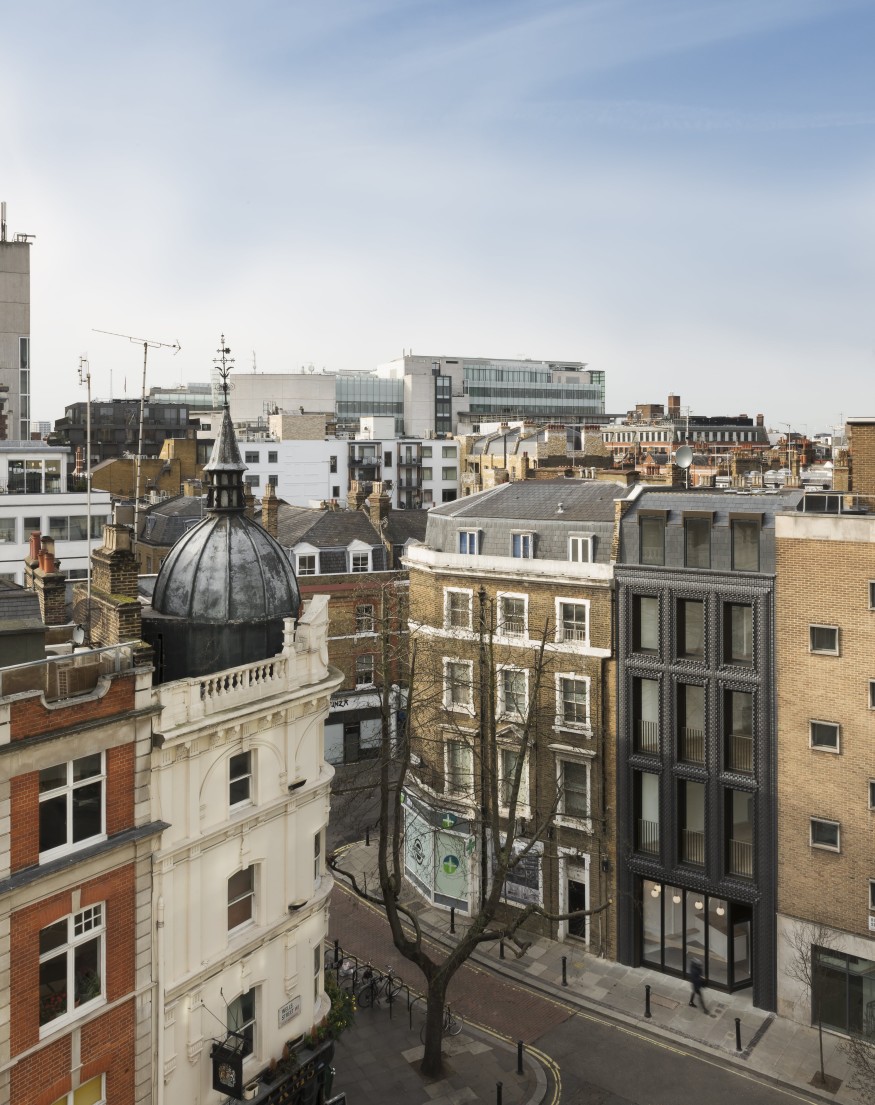 Perhaps a vernacular reinterpretation, perhaps a rigorous experimentation in the use of a material, the project for The Interlock sees the Bureau de Change studio engage with great dedication in the use of brick. A significant material not only in the composition of the façade, but also in reference to its location. That exact place hosted - and still hosts today - a heterogeneous range of architectural styles, from the church of John Nash’s All Souls to reinforced concrete structures, from 19th century residential buildings, to post-war and contemporary commercial complexes. In a street whose verticality is defined materially by the juxtaposition of bricks as the main construction element, the street’s piecemeal aesthetic is unified by the use of brickwork which serves as the façade material of choice, at times so abundant that it forms the road surface. 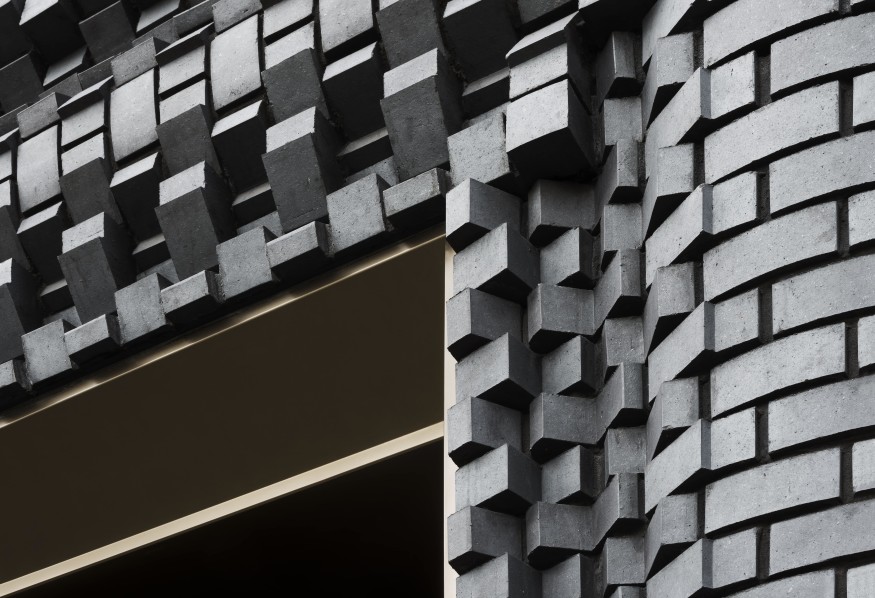 By combining the pragmatic and formal aspect, Katerina Dionysopoulou and Billy Mavropoulos - the founding architects of the studio - find the meaning of their architectural exercise, with the desire to bring a sense of theatricality, divertissement and innovation to the design of spaces, products and of the environments.
We were interested in taking these very traditional proportions and in some way subverting them – like a puzzle box that seems familiar and reveals a hidden complexity that increases the more you interact with it. (Katerina Dionysopoulou)

In the project for The Interlock's façade, the design of the pattern destructs the smooth surface at the exact point where the load-bearing elements interact with the openings, through the disciplined study - at times mathematical - of the position of the individual elements. The bricks seem to intertwine against the glass, to morph and twist like cogs, while they break down along the string course and recompose in contact with the adjacent buildings. Behind the façade, sit three new residential units and a café at street level.
We worked iteratively with the team at Forterra – adapting and reviewing the bricks in 3D. We were walking the line of what would be technically possible, but through this process, found a point that was both buildable and produced the richness and movement we were trying to achieve. (Billy Mavropoulos)
By modelling the façade in 3D, each facet could be individually adjusted to meet structural and fabrication requirements without diluting the integrity of the surface form.
The Staffordshire Blue Clay was selected as a contrast to the areas existing brickwork. The marl clay was set into 14 hand-crafted steel molds and fired in oxidation to create the matt blue finish. After firing, these 14 ‘parent’ bricks were divided to form the 30 ‘offspring’. Construction of the 5,000 block landscape took place over three months. The fabrication team used 1:1 printed templates that set out the number, typology and location of each brick. When collated on site, these 188 templates appeared like a construction manuscript, with each brick a different note to lay. 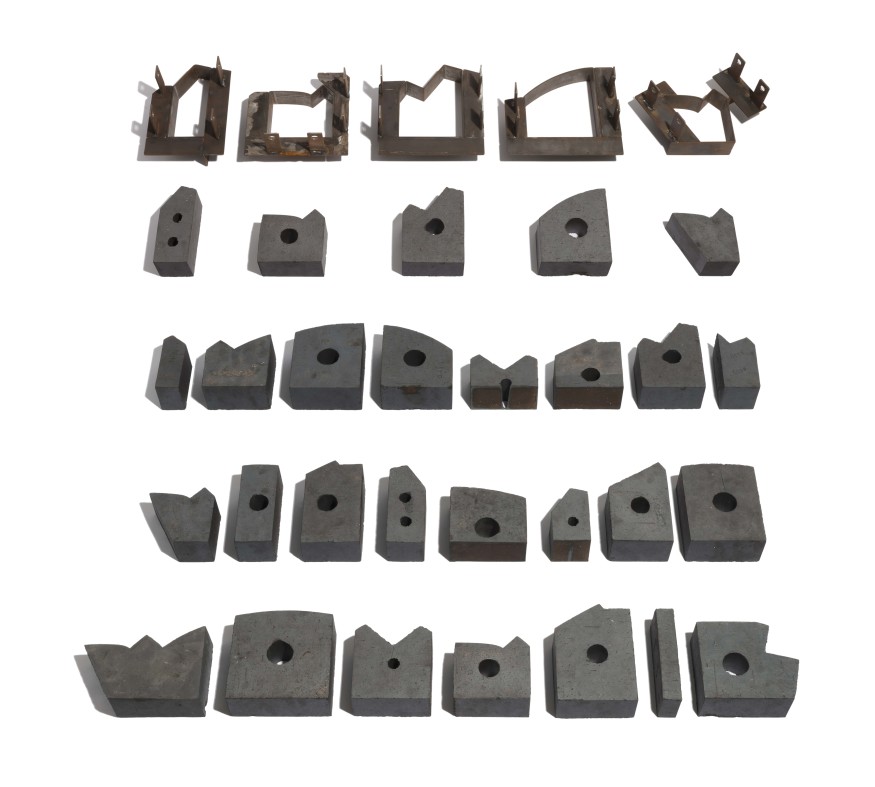 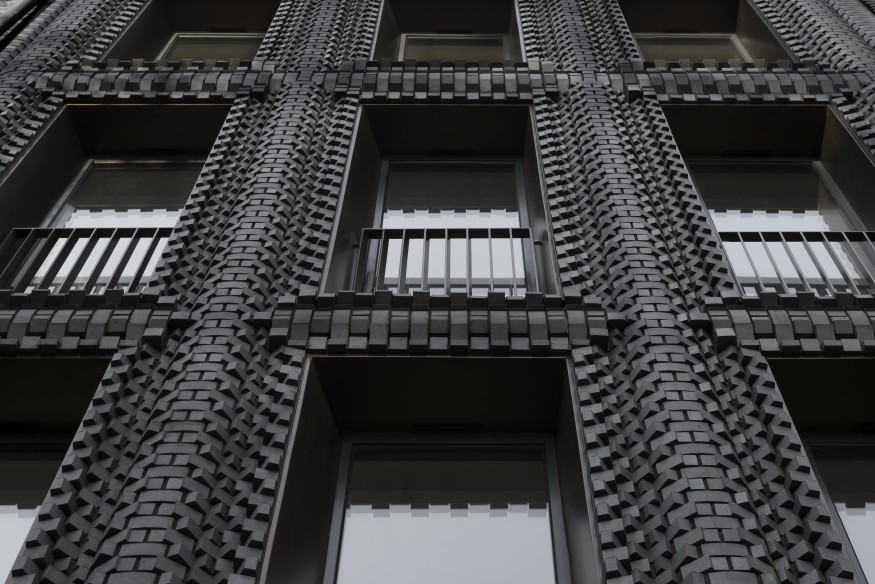