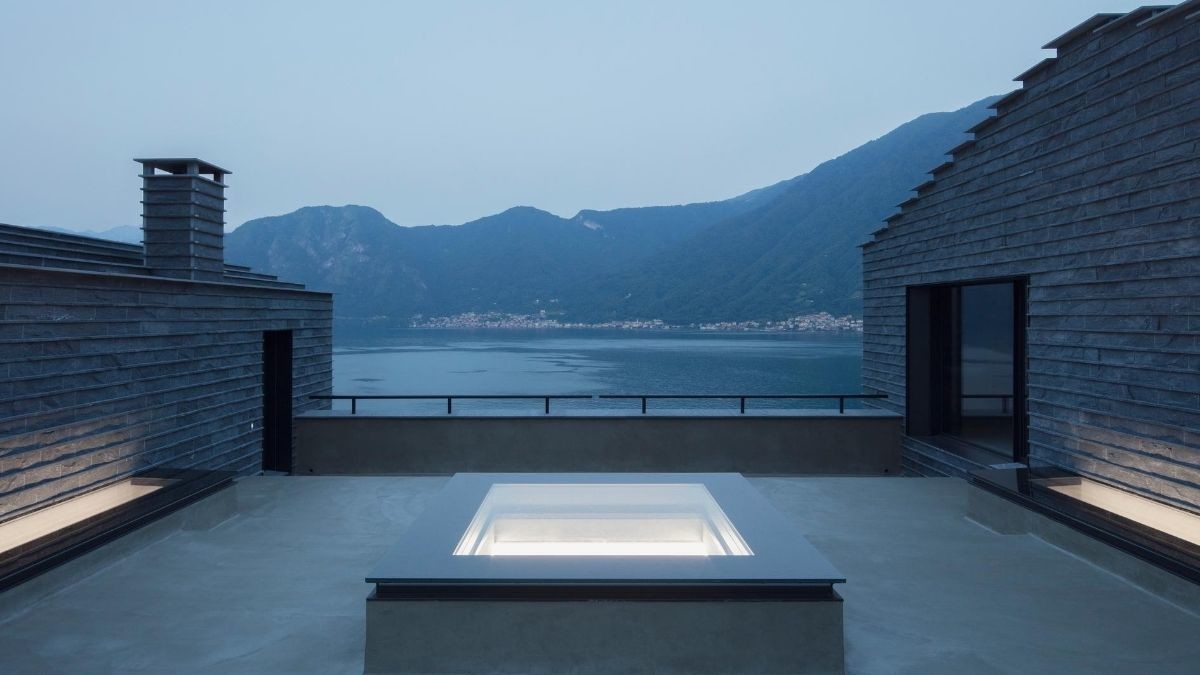 Volumes and materials overlooking Lake Como in the balance of an apparent symmetry of a stone house. Taking a closer look, the project of Villa Molli by architect Lorenzo Guzzini recounts a complex web of joints and openings, a rhythm given to the intervention by steps and niches, shadow lines and different heights.

The dark local stone, wisely used both for the cladding and the roof, envelops the whole intervention, giving it a mono-material and monolithic appearance on the one hand, while continuing to make the whole complex vibrant with installation and finishing details, just like along a musical score: tension and release.

The "stone house" follows the contour of the land, limiting excavations and projecting itself into the landscape, towards the water of the lake. The position halfway up the hill is central to the project, a location between the lake and the mountain, a part that was historically dedicated to agriculture and that over time, before modern villas, housed stone houses called “hillside” houses. 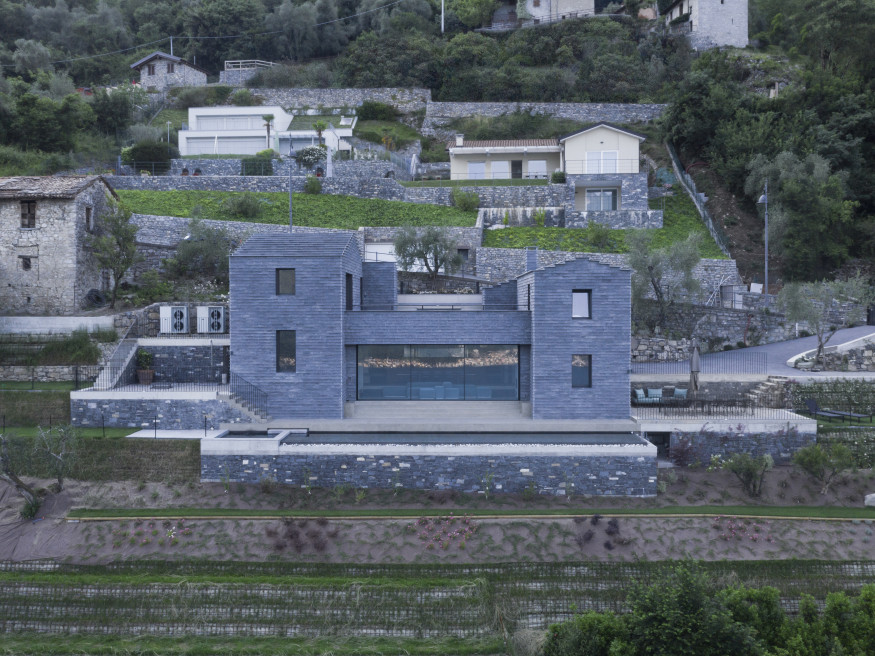 The theme is therefore twofold, the first one concerns the reinterpretation of vernacular architecture and traditional materials. The second one, instead, highlights the relationship with the landscape, its position within it, working through architectural composition. The lower habitable base, open towards the water and resting on the ground of which it follows the contour, and two bodies above the base which are perpendicular to the lake, thus creating an open enclosed space, almost a courtyard, which emphasizes even more the direction of the intervention towards the water. 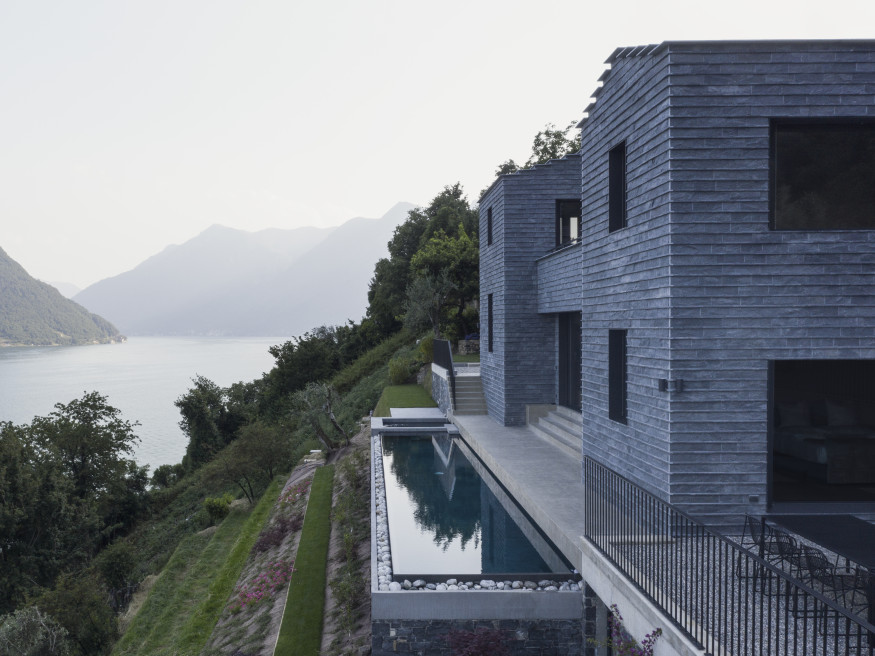 From an aerial view from the kitchen step, in which the window shows only the water of the lake, to the discovery of the sky on the living room step. In the terrace above, the consequent slope of the ceiling of the living room generates steps. This means you have a view of the lake amplified by the oblique perception of the eye.

This is how architect Guzzini describes the intervention on the living area of Villa Molli, an operation that made it possible to insert the supporting structure of the beams in line with the changes in height, making it disappear as an element, but increasing its power through the volumes which it is architecturally incorporated into. 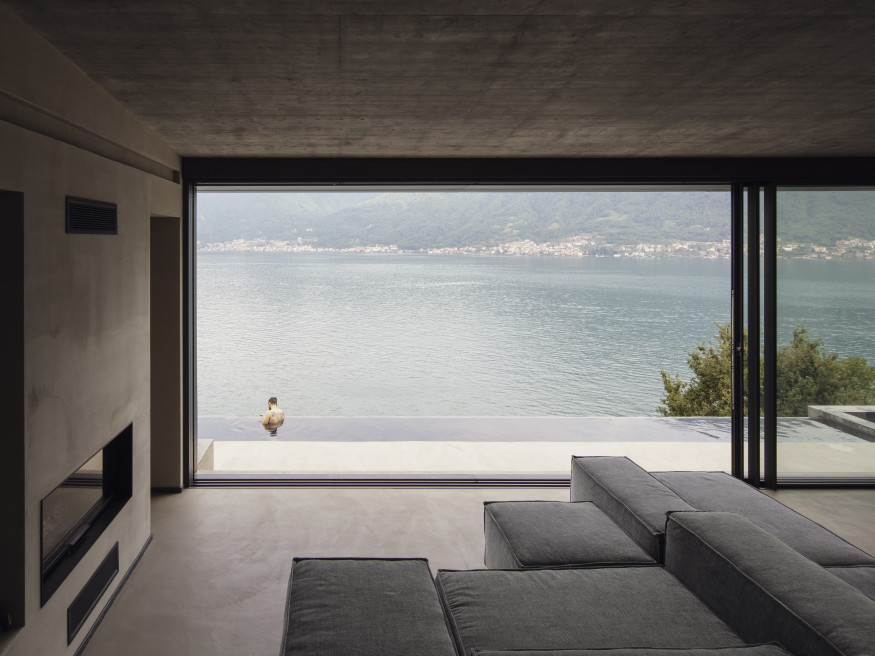 In the two bodies above, instead, we pass from the collective life of the house to the private and intimate dimension of the bedrooms and bathrooms. Here water elements become important: washbasins, bathtubs and showers become furnishing elements. In this case, the theme of the connection with the place returns, if the orientation of the base is the same as the lake, in this case the focus is on the Comacina island, where it is possible to trace one of the possible references of the project: Pietro Lingeri’s houses for artists. 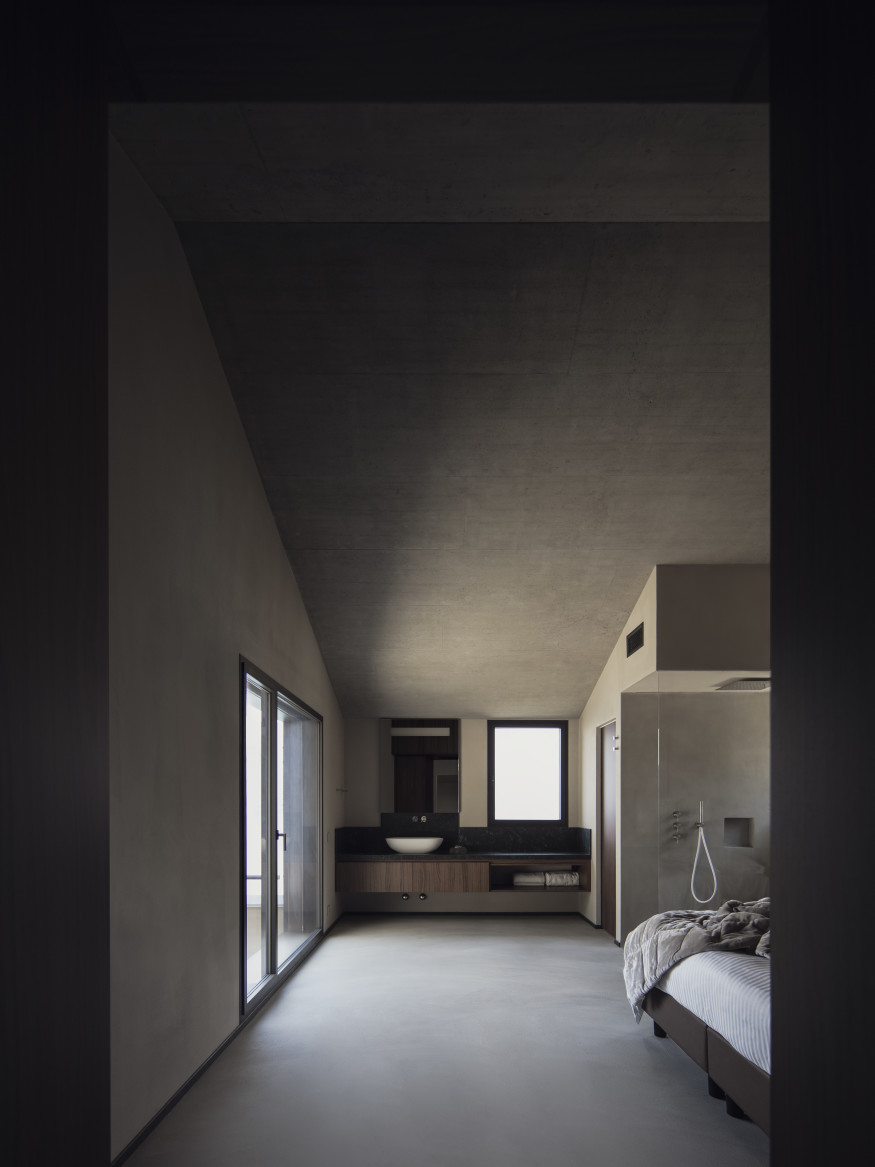 Place as a reference both in terms of sight and construction, physical and material.

Ground, stone and water as elements that have their final meeting point in the swimming pool, which takes on a symbolic and architectural function: It’s domesticated water which, visually uniting to the wild "aqua dulza" [freshwater] of the lake, acts as a parapet, so that there are no boundaries between the internal and external landscape of Villa Molli. 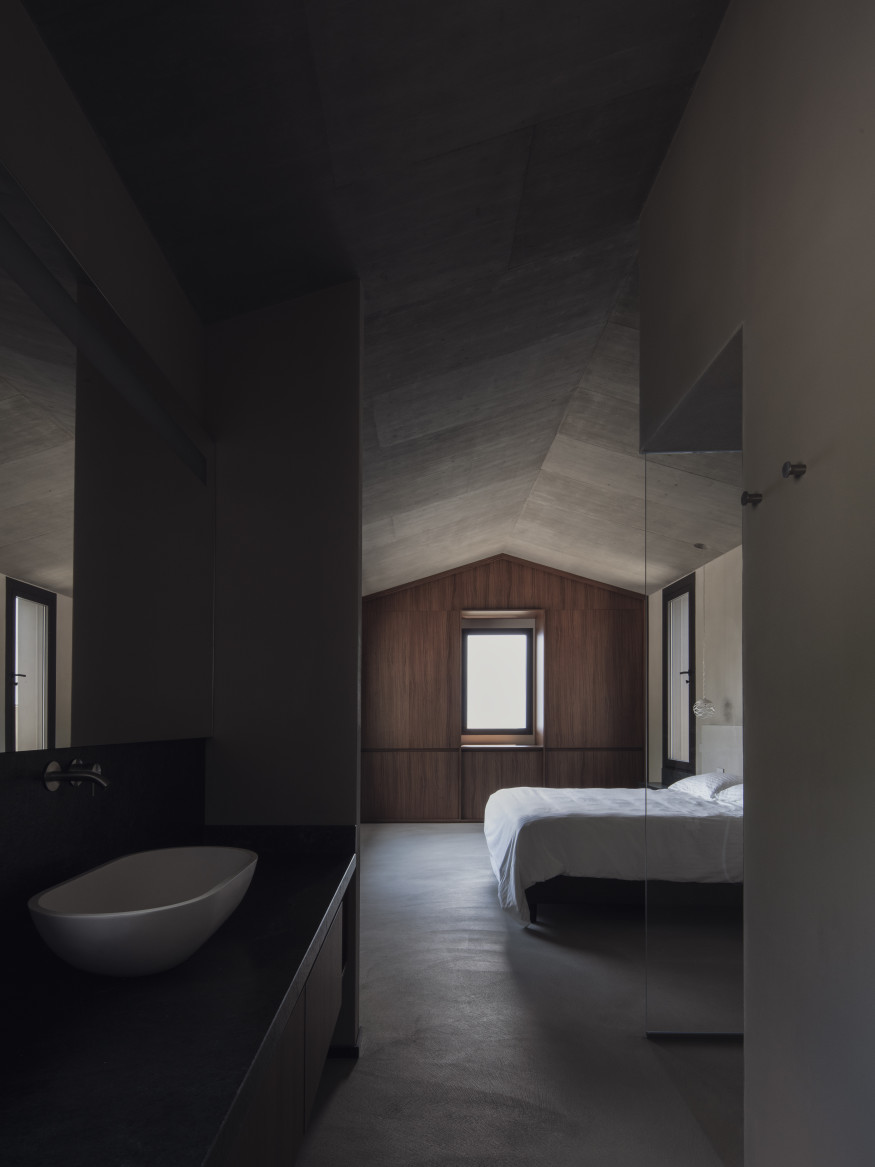 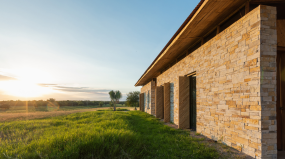 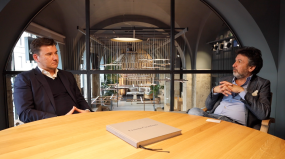 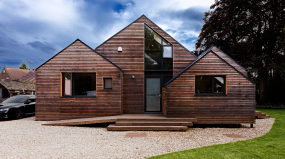