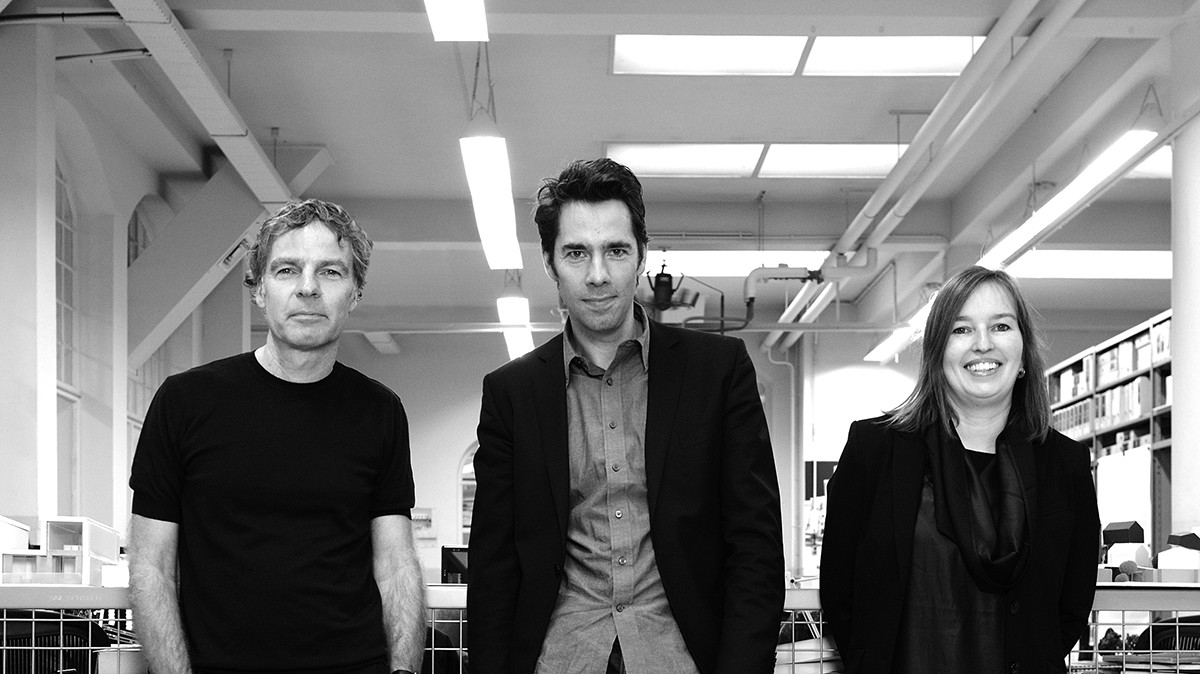 The presentation of Winy Maas as new director of the publication Domus for 2019 provides an occasion to analyze not only the editorial choices of one of the most important and influential architecture magazines in the world, but also the opportunity to describe the latest projects by the MVRDV firm – of which Maas is one of the founders – assessing their peculiar aspects and the design perspectives suggested.

The “10 X 10 X 10” editorial strategy of Domus will see 10 internationally acclaimed architects direct the magazine for 10 issues each over the upcoming 10 years. A formula which includes 100 issues and will accompany the international architecture publication to its centennial. After Michele De Lucchi, director for 2018, his successor was identified in Winy Maas, co-founder of the Dutch firm MVRDV and lecturer at the University of Delft, who holds numerous other professional and teaching positions all over the world.

In the January issue, his first, the Dutch architect with his editorial placed the emphasis on the future of cities, setting the trajectory of the magazine’s project for 2019 on the “world intended as a city”. Urbanism, therefore, at the center of great issues and contemporary challenges: the depletion of natural resources, income inequality, mass migrations, desertification, exponential population growth, etc. Urbanism intended as the pivot of the disciplines composing the project: architecture, landscape and design of the product, and driving force for the acceleration necessary for processes – which are often slow – leading to change.

Numerous questions are asked by the new director of the magazine founded in 1928 by Gio Ponti on the future of cities and the need of an agenda for change: “Can our cities be more responsible? More open? More curious? Brave and experimental? Truly green? Bio-diversified? Can they generate energy, water, food and oxygen without producing waste? Can they be human, social, intimate, accessible, democratic, free, adaptable, heterogeneous, welcoming? Can history and future coexist? Can they be pleasant, beautiful, exciting? In one word: can they be wonderful?”.

The list crosses the different scales of the project from the microscopic one of details to the macroscopic one of large-scale planning, where the slogan is: “everything is urbanism”.

What emerges from Winy Maas’s words and intentions is a manifesto, a way of interpreting and creating projects, confirmed in capital letters on the website of the MVRDV firm with the phrase: “We create happy & adventurous places. Innovative, social, green, realistic and remarkable architecture for a changing world”. The fulcrum is the city while the tool is urbanism, also intended as a “device that allows society to develop further, becoming better, greener, and more social”, where the “value” is that of “urban density” to “prevent the land-consuming sprawl of cities around the world”.

A line of thought and action which has guided the Dutch firm since 1993, after it was founded in Rotterdam in 1992 by Winy Maas, Jacob Van Rijs and Nathalie De Vries, choices which have taken shape practically all over the world for a total of nearly 125 million square meters in urban projects (data of the firm).

In their two latest projects, the one for the “Taipei Twin Towers” and the “Vanke 3D City”, what emerges again is the interaction with the urban context, its inhabitants and the users of spaces.

In the case of the “Taipei Twin Towers” the goal is to give the capital of Taiwan its own “Times Square”, through a new vertical urban neighborhood, a “vibrant” location for shopping, work and tourism which will be built on the site of the current central station. Two towers made of a series of different boxes in terms of shape, dimension and materials, “talking” blocks which communicate their content and the functions developed within them by means of interactive multi-medial facades: large screens which continuously project images and will contribute to characterizing Taipei’s skyline. 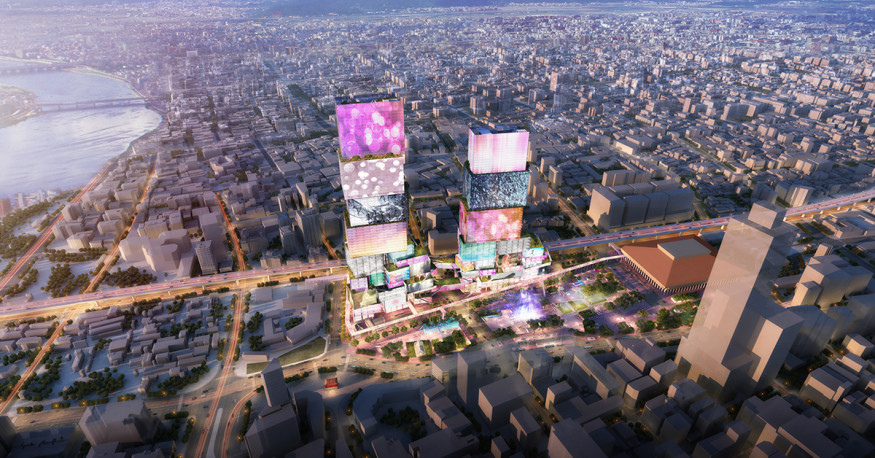 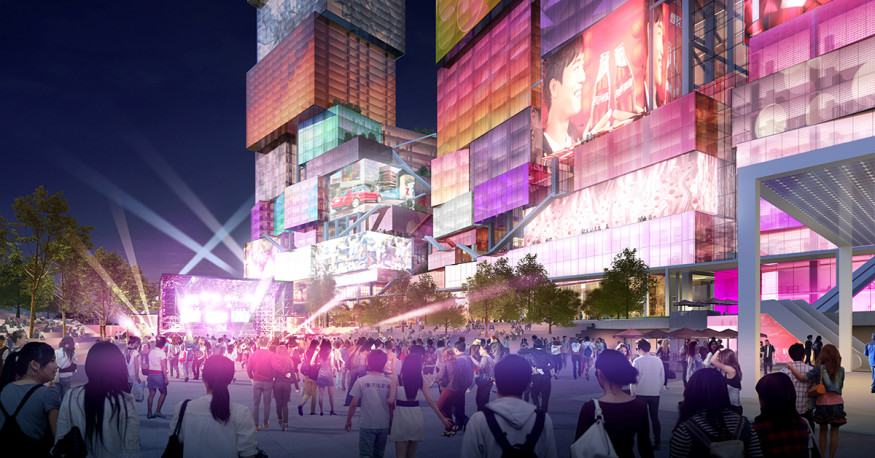 For the “Vanke 3d City” in Shenzen, instead, the ambition is to provide spaces for the staff of the main real estate company in China and at the same time create a combination of functions which include leasable offices, retail and restaurant spaces, a hotel and public outdoor spaces. The project by MVRDV aims at occupying the two lots of the project, separated by a road, through eight different blocks which grow in height and come together, completing a single 250m-high building, with a total surface of 167,000 square meters. As in the case of Taipei, once again the idea is based on identifying a matrix, the block, which by changing shape and position generates an intricate complex designed to “strike a balance between architectural diversity and cohesiveness”. Every block corresponds to a different treatment of the facade, where the only dominant feature is glass, and a different key word: "health", "energy", "open", "team", "green", "nature", "future" and "creative". Words which reflect Vanke’s values and mingle in the continuous relationship between private space and public space. 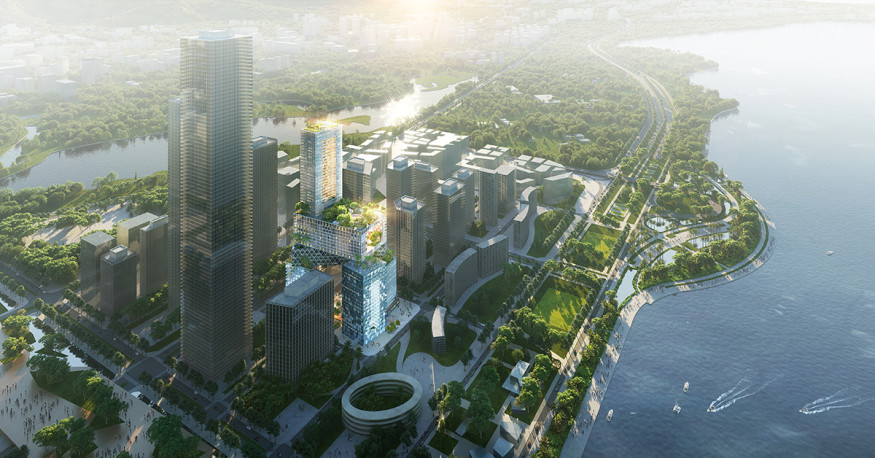 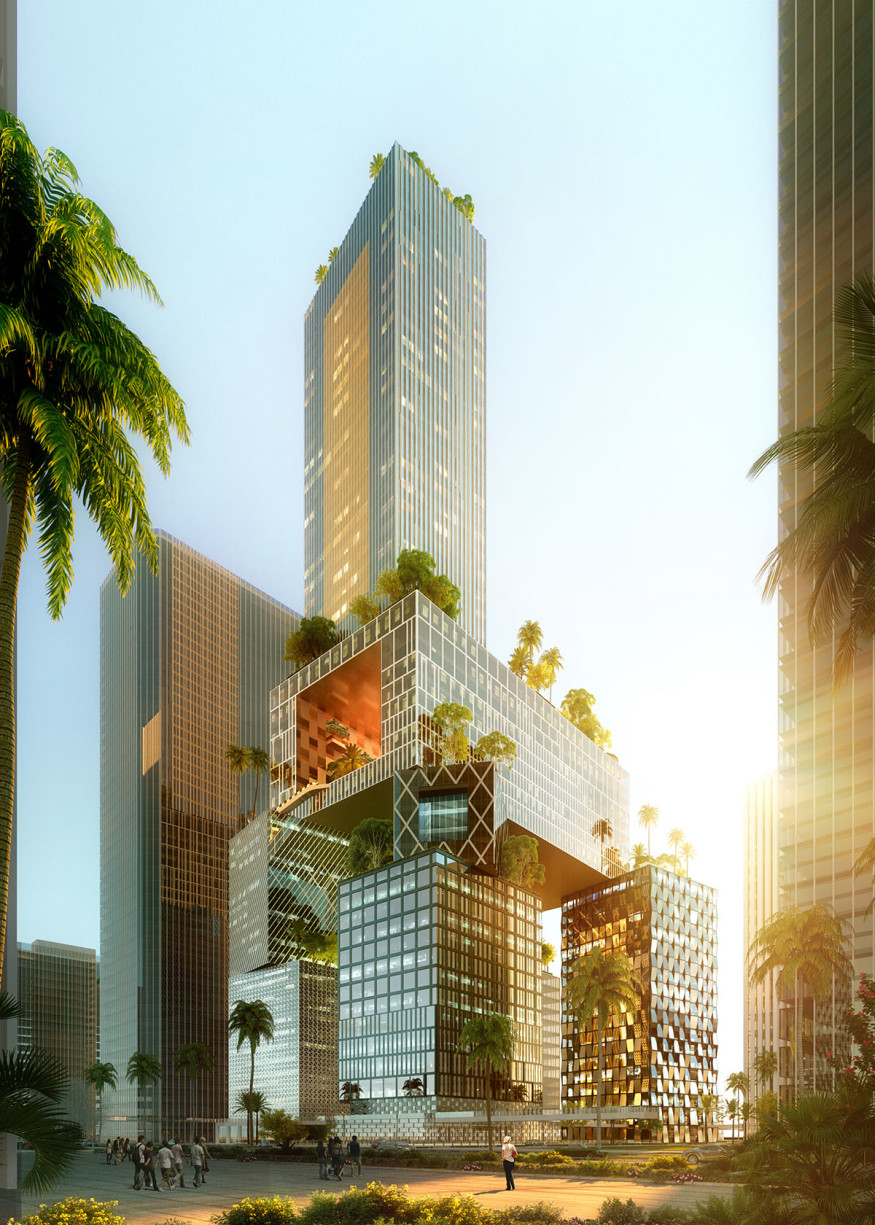 This seems to be one of the main keys to interpret the work of the Dutch firm: the mixture and continuous rearrangement of mixed, hybrid spaces, always used with irony to generate change in the urban tissue and in the relations between users and physical space.