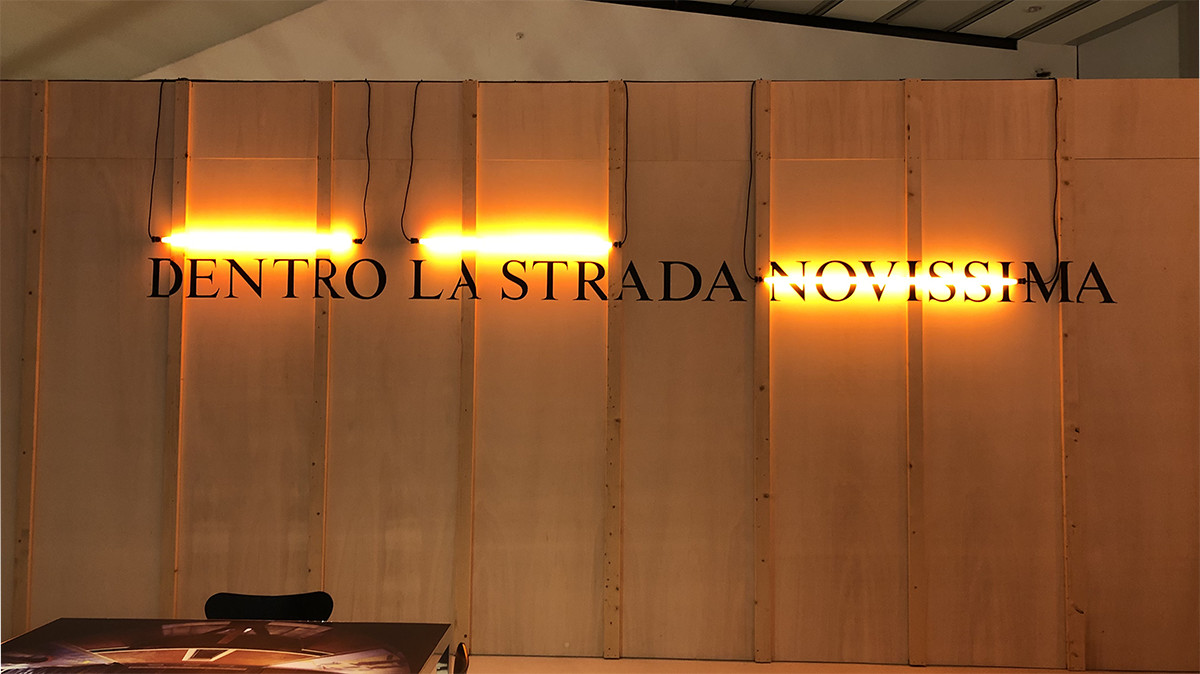 All roads lead to the MAXXI

Three new exhibitions will animate the Museum of Arts of the XXI century in December.

On December 7 three new exhibitions opened at the MAXXI in Rome: “Dentro la Strada Novissima [Inside the Strada Novissima]”, “La strada. Dove si crea il mondo [The street. Where the World is Made]” and “Michele De Lucchi. L’anello mancante [Michele De Lucchi. The Missing Link]”. They will run for the Christmas holidays and the first months of 2019, in addition to the other exhibitions which opened in autumn: the one narrating Paolo Pellegrini’s photographic journey, the first solo exhibition dedicated to Zerocalcare and the surreal journey of “Low Form”, which puts on stage the imagination and visions of contemporary artists in the era of artificial intelligence.

The common theme of the three new exhibitions at the MAXXI is the street, the space where the great issues of contemporary times meet and clash

The street is also the focus of the exhibition “Dentro la Strada Novissima”, curated by Paolo Portoghesi, which retraces the first international Architecture exhibition of the Venice Biennale on July 27, 1980 through archive records, photographs, project drawings and direct testimonies. In 1978 Portoghesi was called to direct the Architecture section of the Biennale and in 1980 he was appointed as curator of the first architecture exhibition called “The Presence of the Past”.

The Strada Novissima represented first of all a reflection on the topic of the Biennale, the relationship between architectural heritage and avant-garde, a collective work with the «intention of reinstating the traditional street, the “corridor road” [..] mirror of life, a meeting place, a place for strolling, the paradise of the flaneur», as stated by Portoghesi himself. The street, in particular the urban one, was developed through a 70-meter path, ten full-scaled house facades on each side, designed by just as many architects, including Ricardo Bofill, Frank O. Gehry, Michael Graves, Arata Isozaki, Léon Krier, Rem Koolhaas, Hans Hollein, Charles Moore, Franco Purini, Oswald Mathias Ungers, Robert Venturi and Denise Scott-Brown.

Each architect was called to imagine a full-scale facade structure, 9 meters high and 7 meters wide, to build a piece of city within the space of the Corderie. This resulted in 20 very different facades, each of which was both the expression of its author and the exploration of the relation between history and modernity, overcoming once and for all the functionalist dogmas of the Modern Movement. 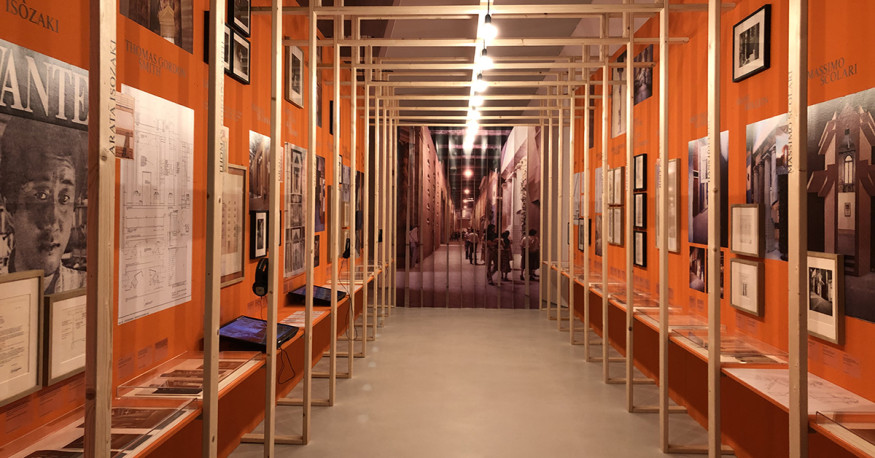 Today, nearly 40 years later, Portoghesi himself retraces the steps of that exhibition inside the walls of the MAXXI, highlighting its references (above all Strada Nuova in Genoa), the tensions of the entire process, from its origin to the final creation. To wrap it up, using the curator’s words, «the Strada Novissima, amid the roar of dear enemies (Zevi, Gregotti, Tafuri and so on) set sail happily».

If for Portoghesi and his work the street was also a narrative device to talk about architecture and its change of course, in the exhibition “The street. Where the World is Made” it becomes a place for sharing and innovation, the reconstruction of a complex, multicultural, stimulating and at times deafening tale of the streets of the entire world, the real great laboratory for discussion, creation and comparison where the contemporary era is invented.

Curated by Hou Hanru and the MAXXI curatorial team, this sequence of works of art, architecture projects, photographs, performances, site specific interventions and videos welcomes visitors and guides them through a series of galleries that are dozens of meters long, through the different levels and spaces of the MAXXI. A labyrinth where different topics emerge, connected to the street and its modern interpretation: public actions, daily life, politics, the community, innovation, the role of the institution. The new functions and identity of contemporary streets emerge, a political and creative territory, a scenario which changes constantly where elements of connection, as well as of rupture with the past, can be identified.

Through 7 sections, mapping, interventions, street politics, everyday life, good design, community and open institutions, the origins and evolution of the concept of street are investigated, as well as the artistic exploration of and in the street, political phenomena which imply a “descent into the street” and at the same time the most “everyday” part of life on the street, new solutions and different scales in design, the topics connected to identity and community typical of public spaces, up to the new idea of street-museum, with all the contradictions and discussions which are still open.

An installation which is at times confusing, provocative, different and opens up to new interpretations and reflections which “clash” with the environmental installation devised by architect and designer Michele De Lucchi.

In fact, the ambitions and meaning of the third exhibition which opened at the beginning of December at the MAXXI, curated by Margherita Guccione and Pippo Ciorra, titled “Michele De Lucchi. The Missing Link”, are very different.

The Missing Link narrates an intimate, almost exhausted, aspect of the author in his personal dialog with the architecture of the Roman museum created by Zaha Hadid. The host, protagonist of the sixth edition of the Nature cycle of monographic exhibitions, chose to represent himself – retracing the history of his design and his more current research - through a sculptural element which is in an intermediate dimension between the object and the building.

The construction, covered in white shingles made of acrylic stone, is a hallway which allows you to walk through it and whose shape and composition generates small openings along the sides and a continuous slit upwards towards the architecture of the museum. The Missing Link is a tunnel which originates from a point and, folding on itself, returns to its starting point. A “half ring” which tells us about the author’s conceptual imagination and his building practice, but most of all opens to the idea of a link that needs to be found. De Lucchi talks about an “emotional value”: «in my world, the world of objects and spaces, we look for the missing link which defines the special relation of men with objects and spaces, which no other animal has».

A transformation, human evolution, which over time has followed a journey, a road, leading to us and to today.

There are, therefore, different streets and roads and different themes, interpretations, meanings. So, after having experienced and explored the three exhibitions at the MAXXI, the famous Latin saying comes to mind: Omnes viae Romam ducunt, that is “all roads lead to Rome” and in this case to the MAXXI.