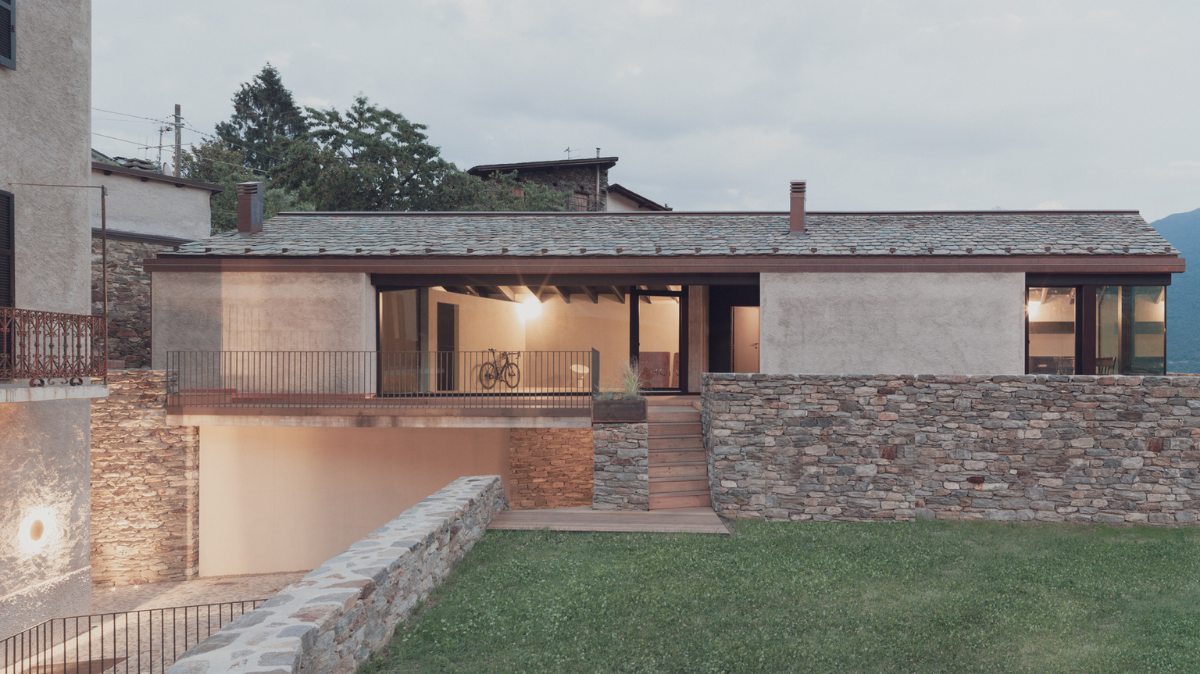 A modern house partly built within the ruins of a stable in the Italian Alps.

The particular conformation of the lot, the various perspective openings on the territory, the proximity of the road on the west side and of the Sentiero Rusca on the east side, led to the determination of a design choice that could satisfy the requests of the client without strongly distorting the perception of the context characterized by traditional shapes and materials. 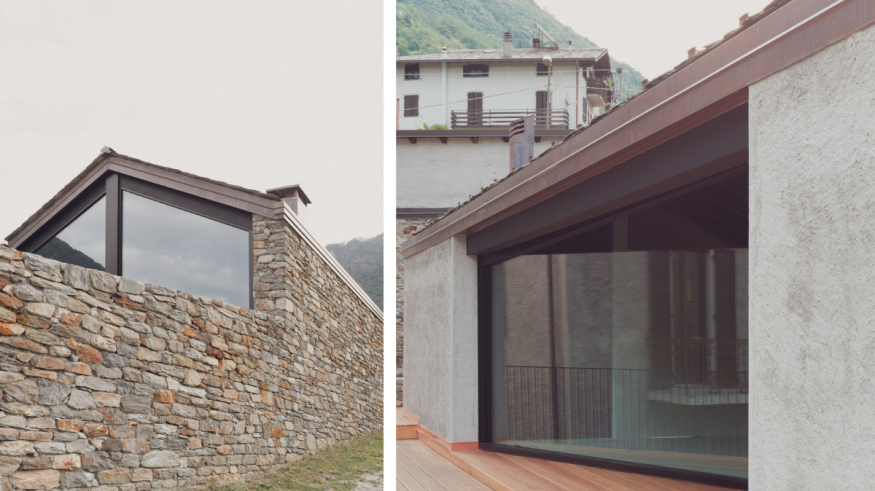 In order not to impose itself unevenly, the desire was born not to build in height and to request the possibility of intervening on the border by setting part of the building on the site of a ruin. This pre-existence was distributed on two levels, formerly used as a stable and at the time of the intervention it was in disuse and structural degradation. 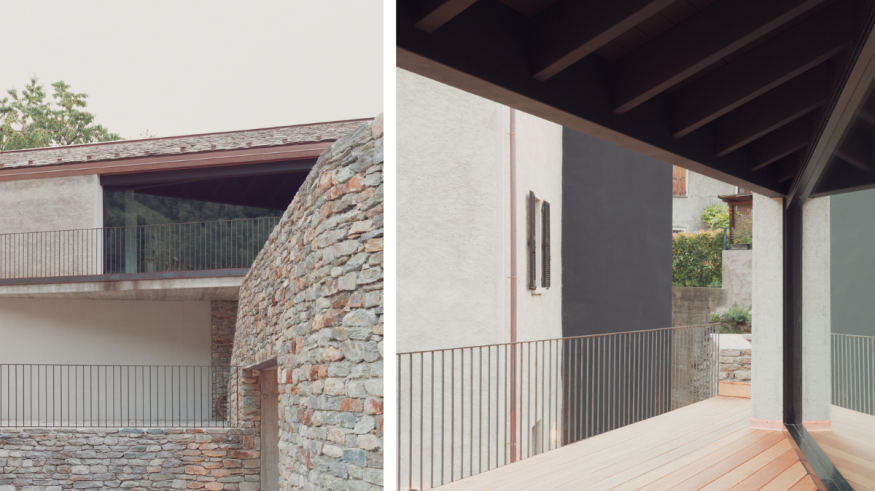 The design form partly follows that of the ruin, redefining the perimeter to better adapt the volume to the spatial and structural needs. On the upper level, the two volumes develop above the underground garage and are connected by the same gable roof. This cover recalls that of traditional wash houses. This roof with two symmetrical pitches and regular scans becomes very articulated in its relationship with the full and empty spaces of the underlying structure. 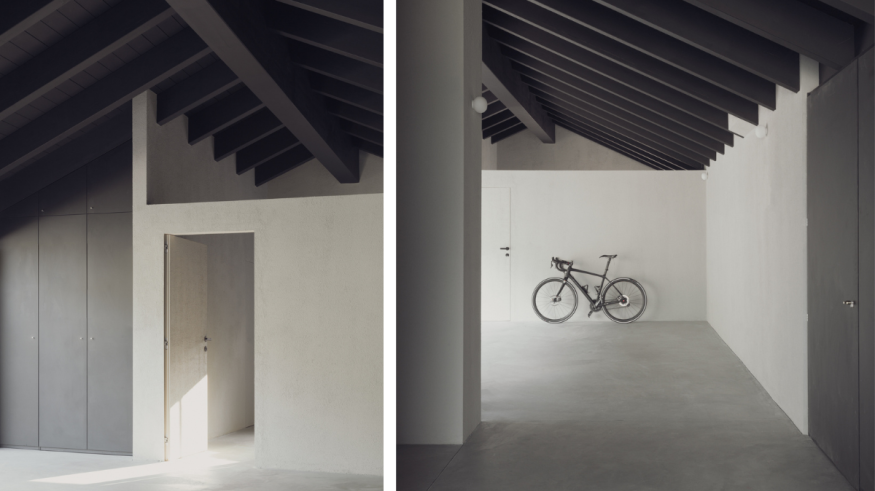 As for the materials, we opted for a black spruce wood roof frame. The exterior is in cement mortar, the roof in stone tiles typical of the area. The large openings create an interesting interaction between the internal and external space. 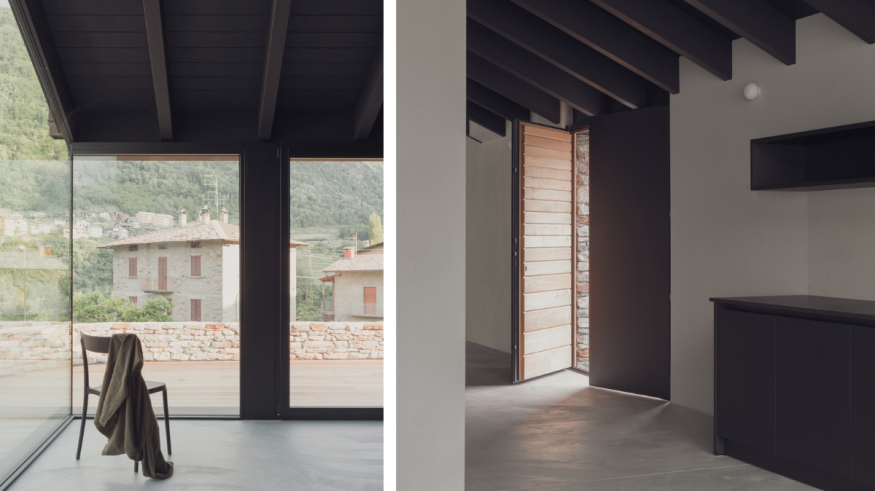 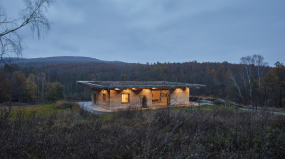 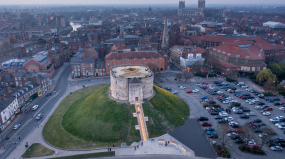 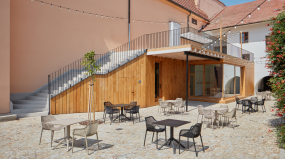 Winery Nešetřil a project by ORA