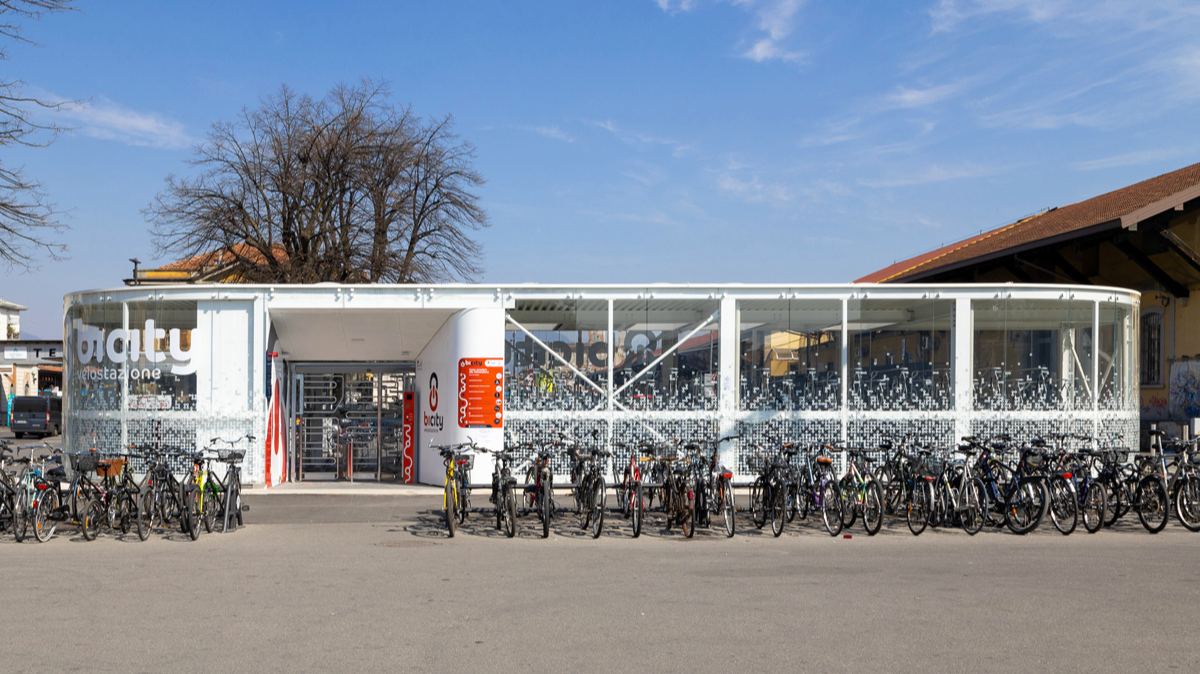 The first bicycle station in Bergamo is set in a strategic and highly relevant location on the edge of the historic centre and close to the train station. The facility was designed by Studio Capitanio to carry out the green policies on cycling enablement as integral part of the intermodal connection hub and the future urban regeneration of Porta Sud train station. 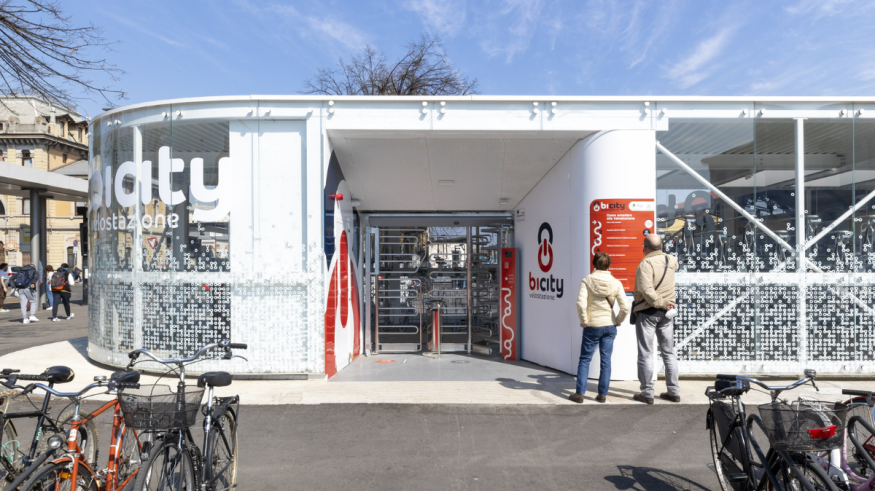 The low-tech infrastructure, completely reversible, where transparence becomes expression of safety and accessibility, stands on the east side of Piazzale Marconi, recently requalified in a major upgrade by Portuguese architect Ines Lobo. The objective of the project was to insert a new element, integrated in the contemporary development of the square, providing a centre of interchange between modes of transport: public transport, cycling and walking. The new service for citizens and tourists, catering for 132 bicycles, was dry laid on only 200 sqm of an already developed area.
Bicity is the name of the latest element of soft mobility offered by Bergamo City Council, which sees the first bicycle station being built with financial support from the Ministry for Environmental Transition. 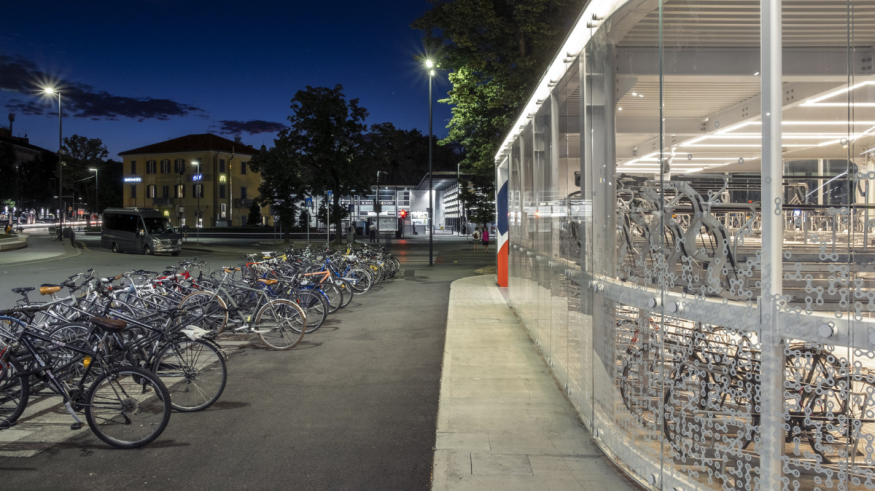 The compact design of the construction develops through a fabricated metal structure. The glass perimeter façades run without interruption, breaking only at the intersection at the front entrance of the building. The main distinctive feature of the elevations is the absence of containment frames for the glass surfaces, where single-point fixings are used instead.
The transparent shell offers a diffused natural light to the station, which, at night, takes on a centralising role, lightening up quite like a lantern. 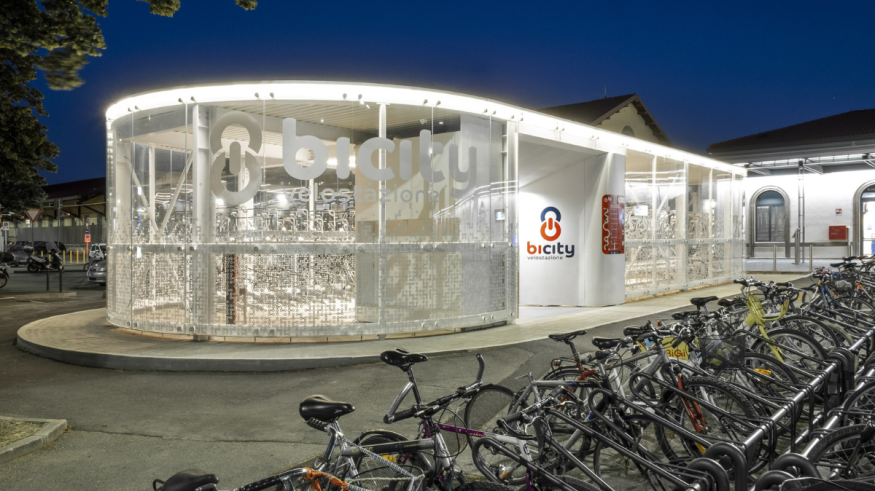 Photovoltaic panels located on the roofing supply the small amount of energy needed for the facility, thus making it fully energy self-sufficient. The construction is conceived as circular and reversible architecture. All the materials employed are reusable or recyclable, and the whole structure can be easily disassembled and reconstructed elsewhere. The steel frame is varnished white. The same single colour is used for the facility's branding serigraphs by Publifarm, thus not only facilitating effective communication but also matching the monochromatic approach in the unit. This is how a strong sense of identity can coexist with lightness in the construction. 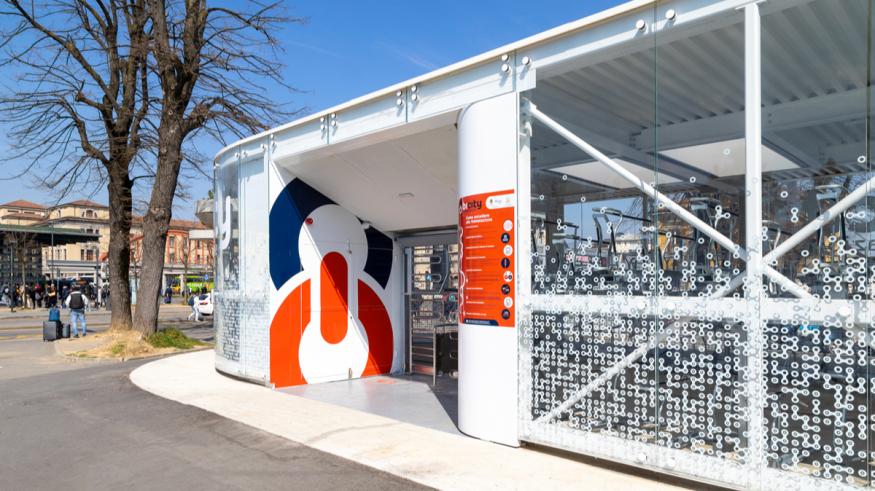 Particular attention was paid to the management of the bicycle station. The service to cyclists is fully automated using access badges and hydrolic lifting systems to avail of the two levels of bicycle racks. 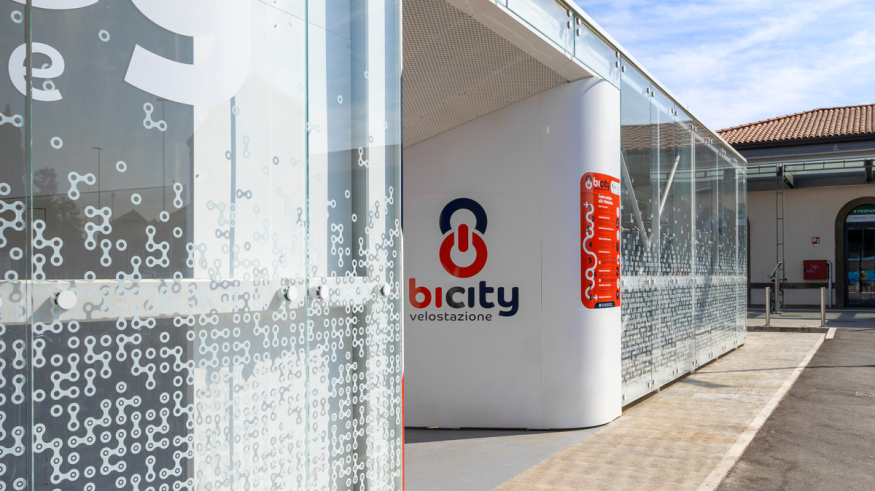 "The challenge for our studio", comments Remo Capitanio, "was to work with subtlety in a sensitive area of the city. We interpreted the themes of soft mobility to create not only an easily accessible service but also an emotional space that brightens the square and its users at the end of the day.” 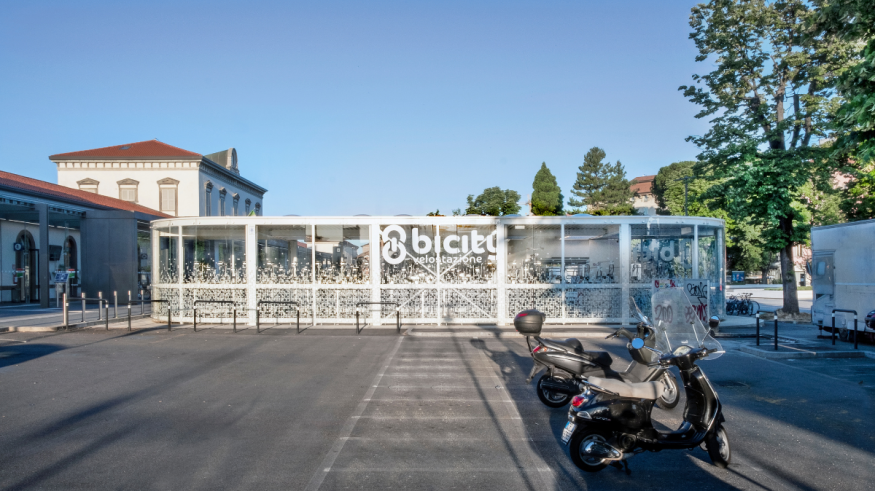 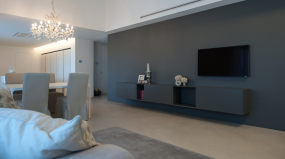 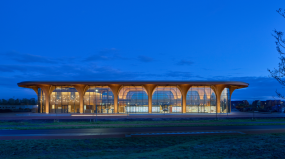 The Supermarket as a Meeting Place 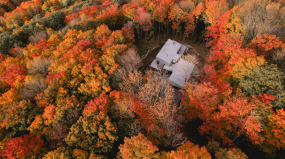