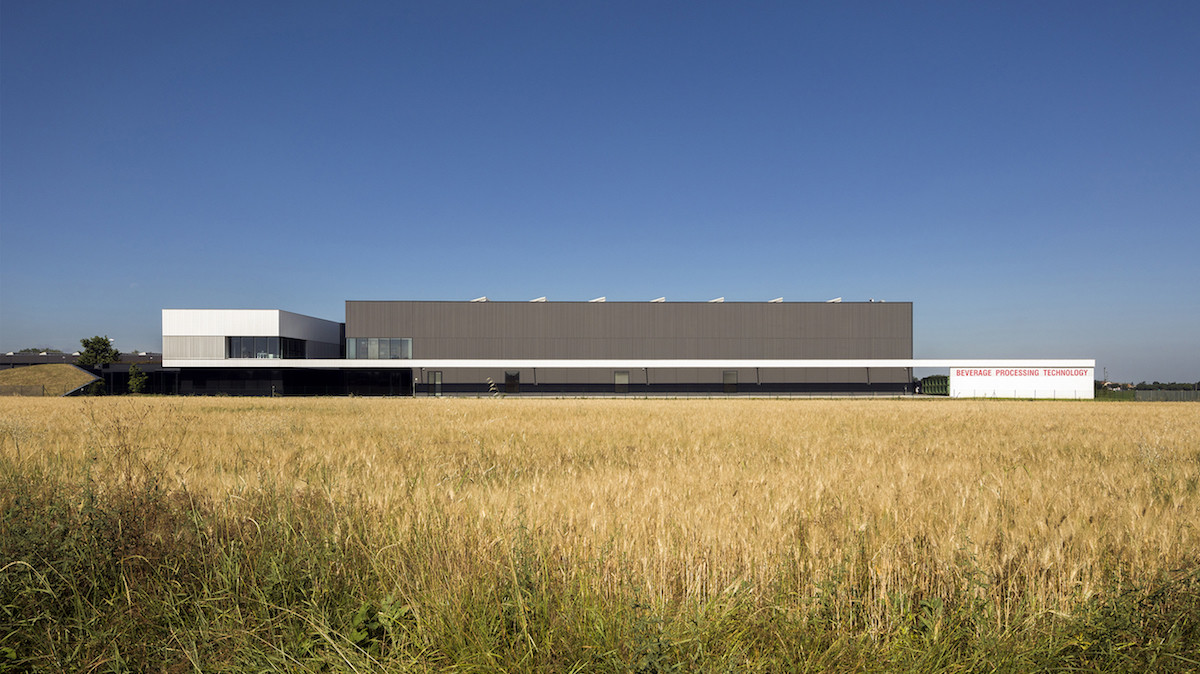 The new A DUE headquarters, designed by Iotti+Pavarani Architetti, lie on the fields of the cultivated plain that goes from Baganza to Parma.

The building is located within the Collecchio agri-food center, immersed in a context marked by the expanses of the agricultural plot and the road that crosses them. A "landscape" project that holds together different types of landscape: agricultural and industrial, external and internal. 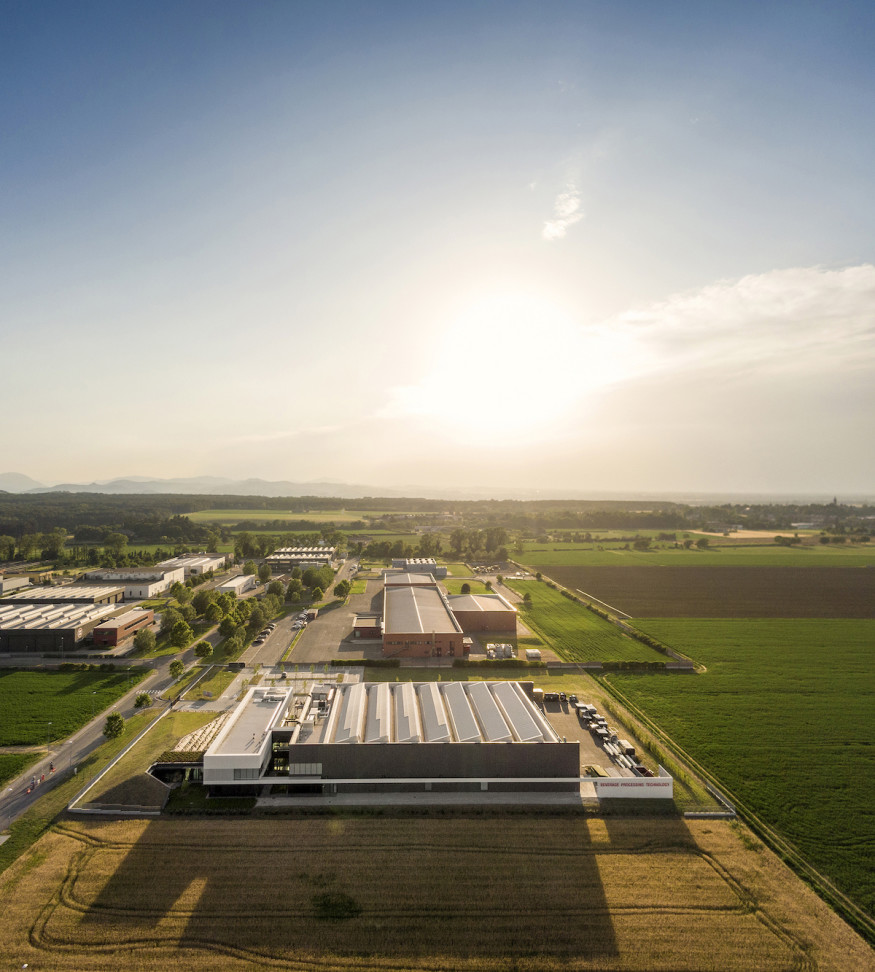 As stated by the firm Iotti+Pavarani Architetti: “The landscape and architectural design of the new headquarters seeks to interpret and internalize these objectives, in terms of scale, layout, language, as well as technical, material and plant engineering choices. In fact, the aim of the project is to redefine a WORKPLACE LANDSCAPE which includes significant visual motifs connecting it with the surrounding countryside combined with vibrant internal relations, while still based on the maximum clarity and fluidity of the physical connections and visual perspectives." 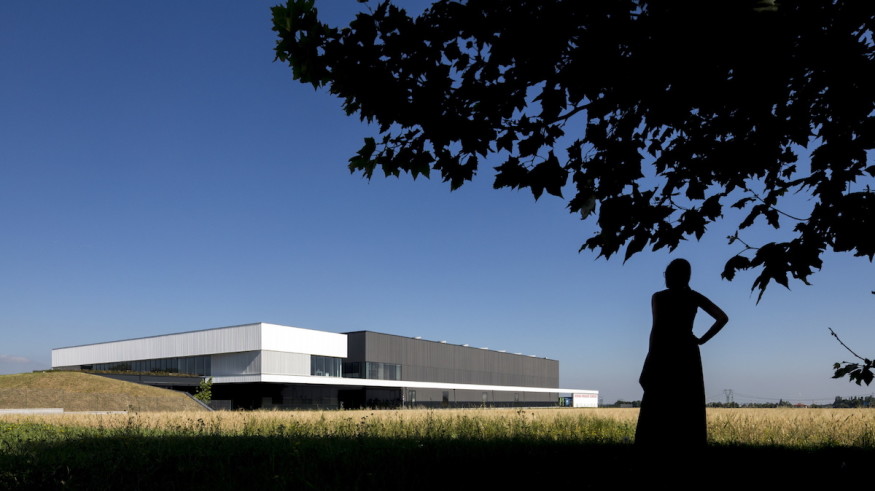 A work focused on the place, not a mimesis but the proposal for a new relationship with the surrounding context, with horizontality and some figures of the territory. A sober, clean project, characterized by its views of the landscape, the articulation of open spaces and the design of the interior connections.

The relationship with the outside is strengthened by the planivolumetric articulation, here the rhythm of the openings, the creation of courtyards and a green embankment allow you to direct your gaze, making the workspace dialogue with the natural one.
Devices that also and above all have a psychophysical well-being function for those who live and use this space, bringing light inside it, in the interior areas used as offices.

A project of relationships, therefore, highlighted by the internal circulation paths of the building, real visual crossings that also have the task of narrating the soul of the company, promoting dialogue and synergy between the people who work here. 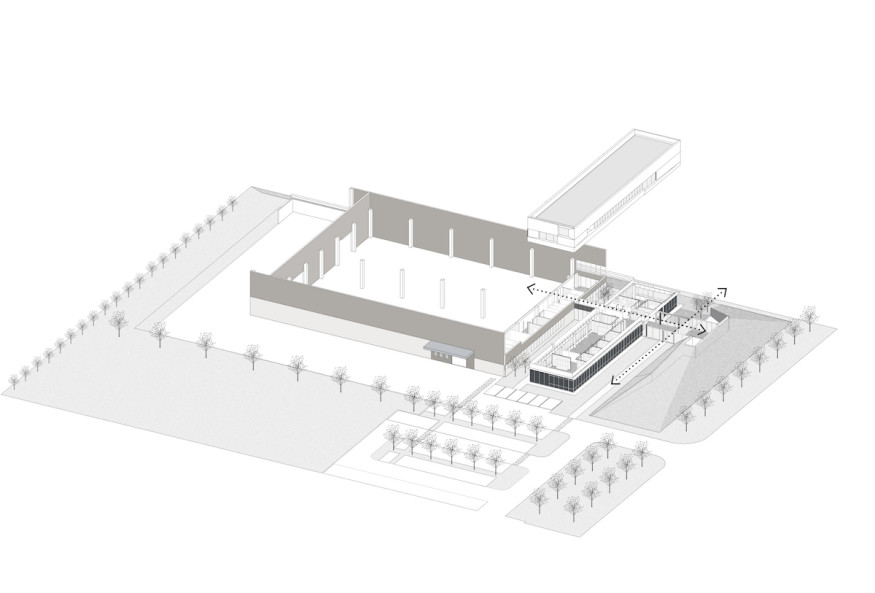 A balance in the forms and composition, which are reflected in the functions identified for the new A DUE headquarters. The two-story office block counterbalances the adjacent production area, while the external treatment also contributes to this effect of light balances and material choices.

On the one hand, the offices are perceived as a "suspended" white volume overhanging a darker base, where the volume is marked by an orderly system of openings that run after light and the landscape, while the wall covering in white metal sheeting, press-folded to design, generates an effect of micro-folds with ever-changing reactions to light and weather conditions.

On the other hand, the "production" body is treated with dark colors to reduce its visual impact, while the prefabricated concrete panels have vertical incisions in harmony with the sheet metal texture of the office block. 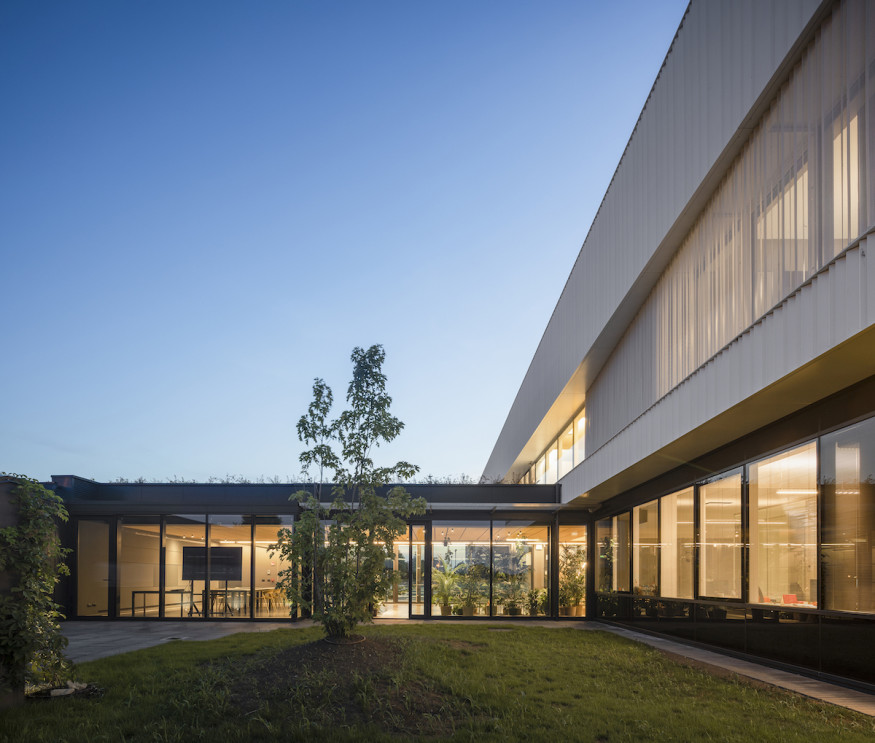 Horizon and horizontal, simplicity and balance, interior and exterior, production and agriculture, seem to be some of the ingredients that characterize the A DUE project by Iotti+Pavarani. A light step where all elements seem aimed at restoring a possible dialogue between industry and the landscape, a search for sustainability that is not purely technological, but also economic and environmental. 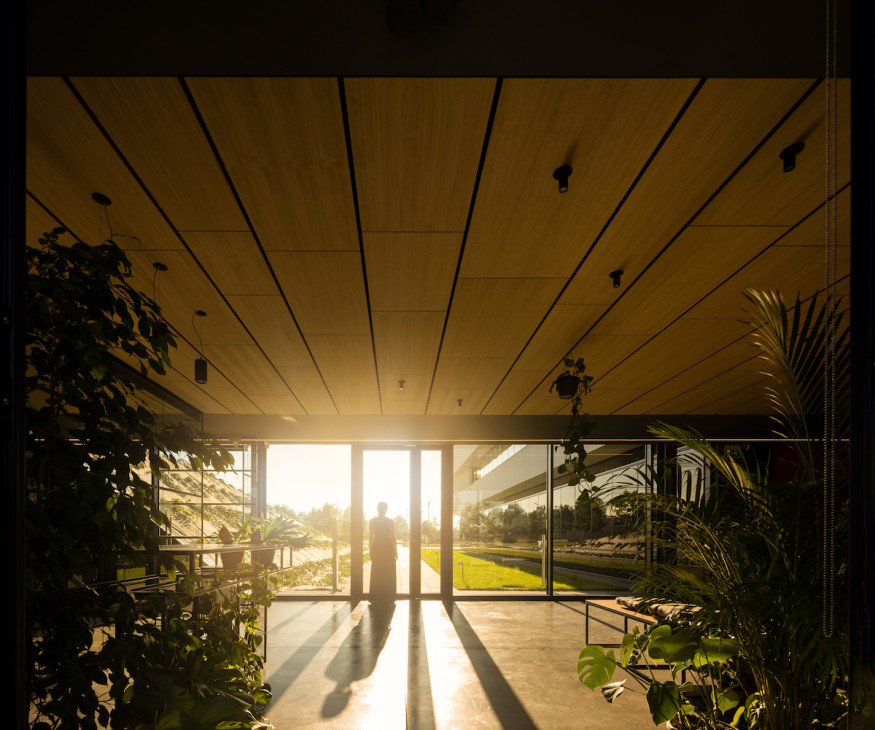 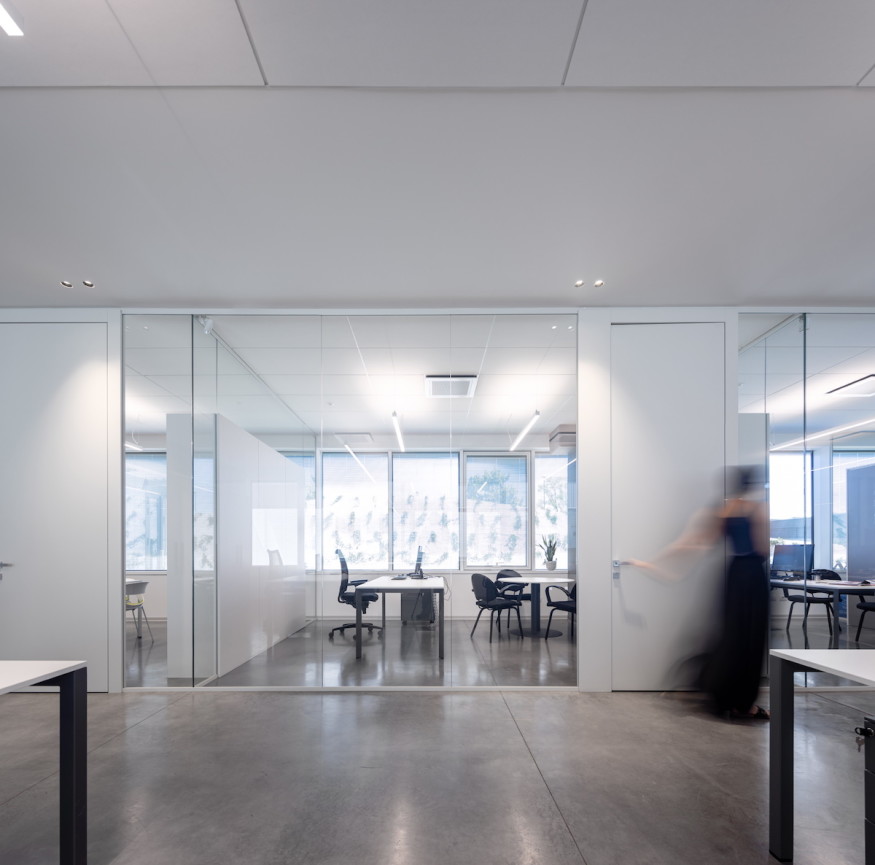 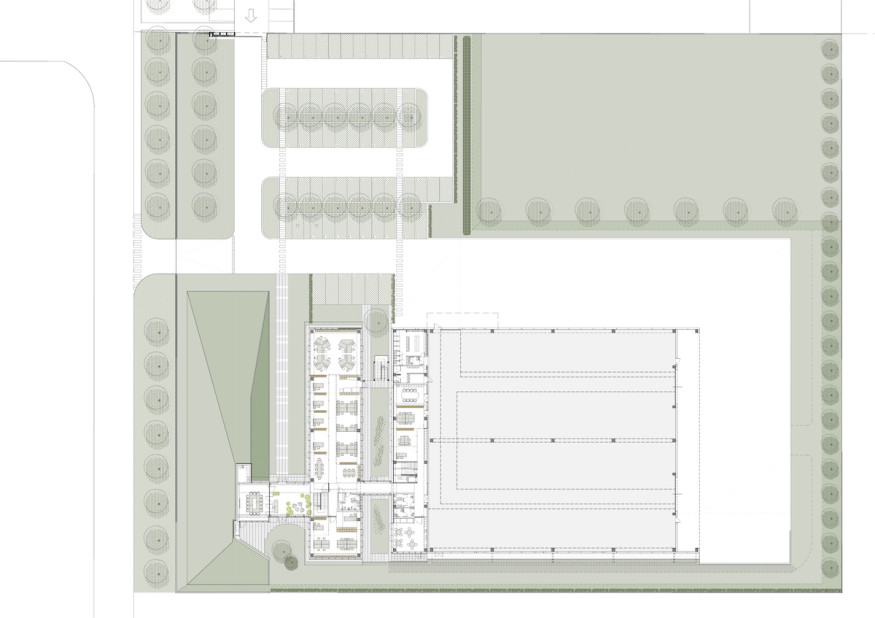 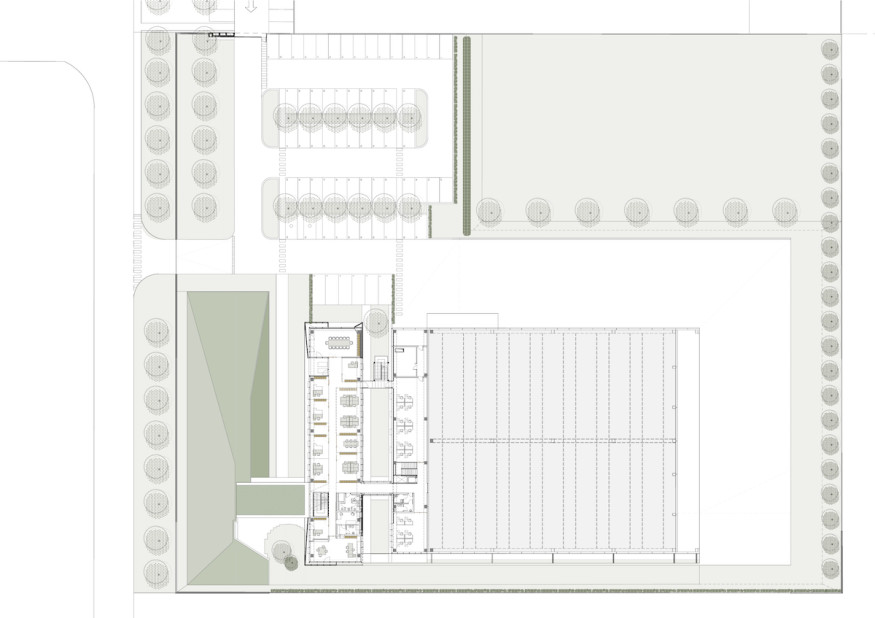 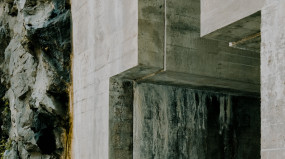 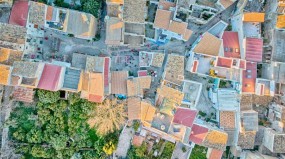 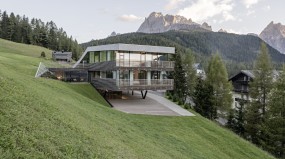