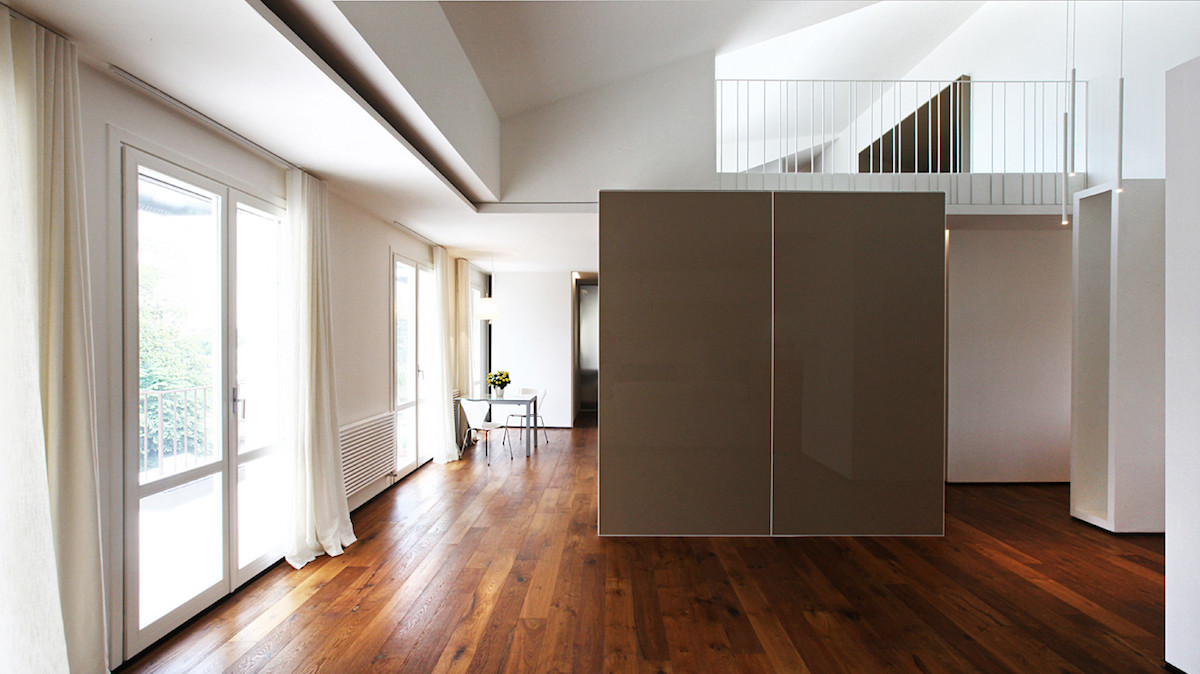 A project by Tomas Ghisellini Architects, spaces, details and finishes within a consolidated context, on the top floor of a building dating from the ‘50s with rationalist compositional proportions; a reinterpretation of the internal volume, aimed at a contemporary, more fluid and flexible way of living.

Fluid, flexible spaces, in a continuous connection between different levels and rooms. A home capable of calling into question internal proportions, in its attention to detail and finishes, starting from the planivolumetric study. This is the configuration of the project of LOFT A by Tomas Ghisellini Architects, a space where the theme of living develops in a single environment, on two levels that are spatially and visually connected, completely disrupting the existing volume, originally characterized by definite horizontal and vertical separations. 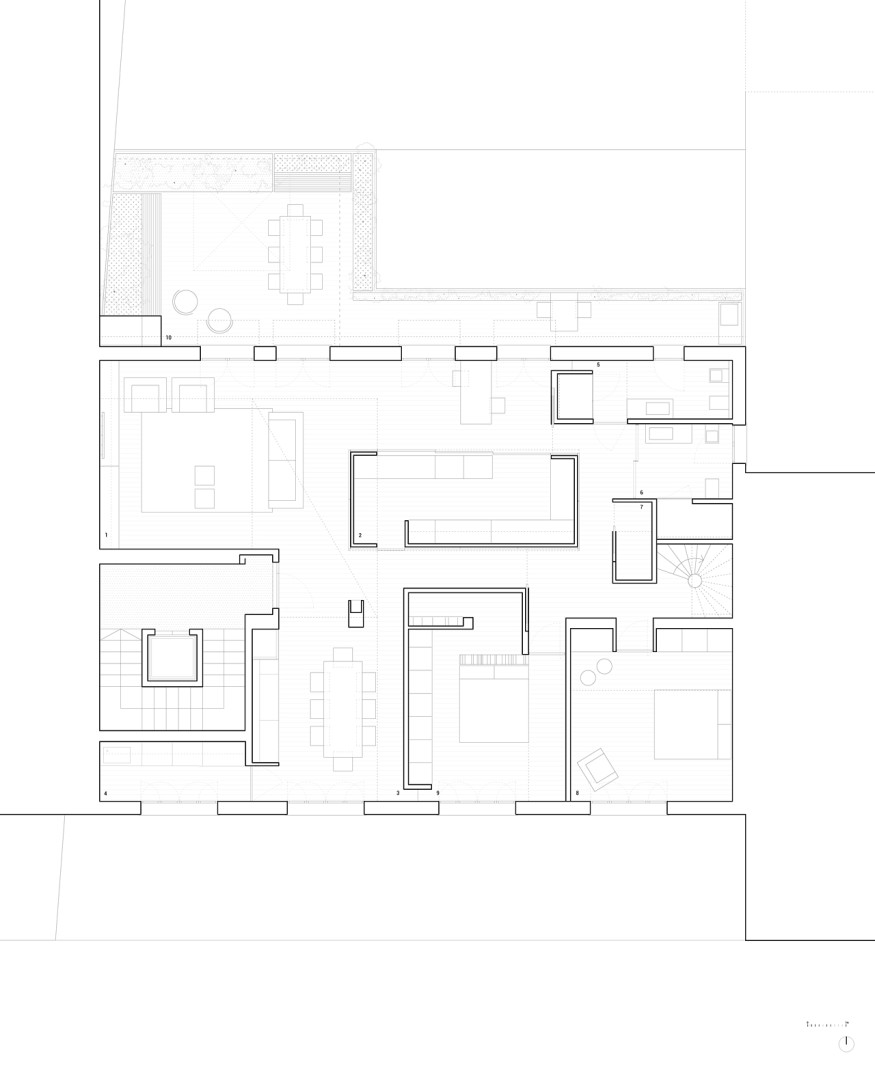 In this sense, the new distribution presents a series of independent volumes which contain, and partially conceal, the rooms of the house. Almost a village, an open space where the "architectural bodies" make up and define the domestic dimension autonomously, albeit in a coherent dialogue with each other. Around them, similar to a connecting liquid, the distribution space is modeled on different heights like a labyrinth, sometimes occupying a single level, sometimes grazing the sky. 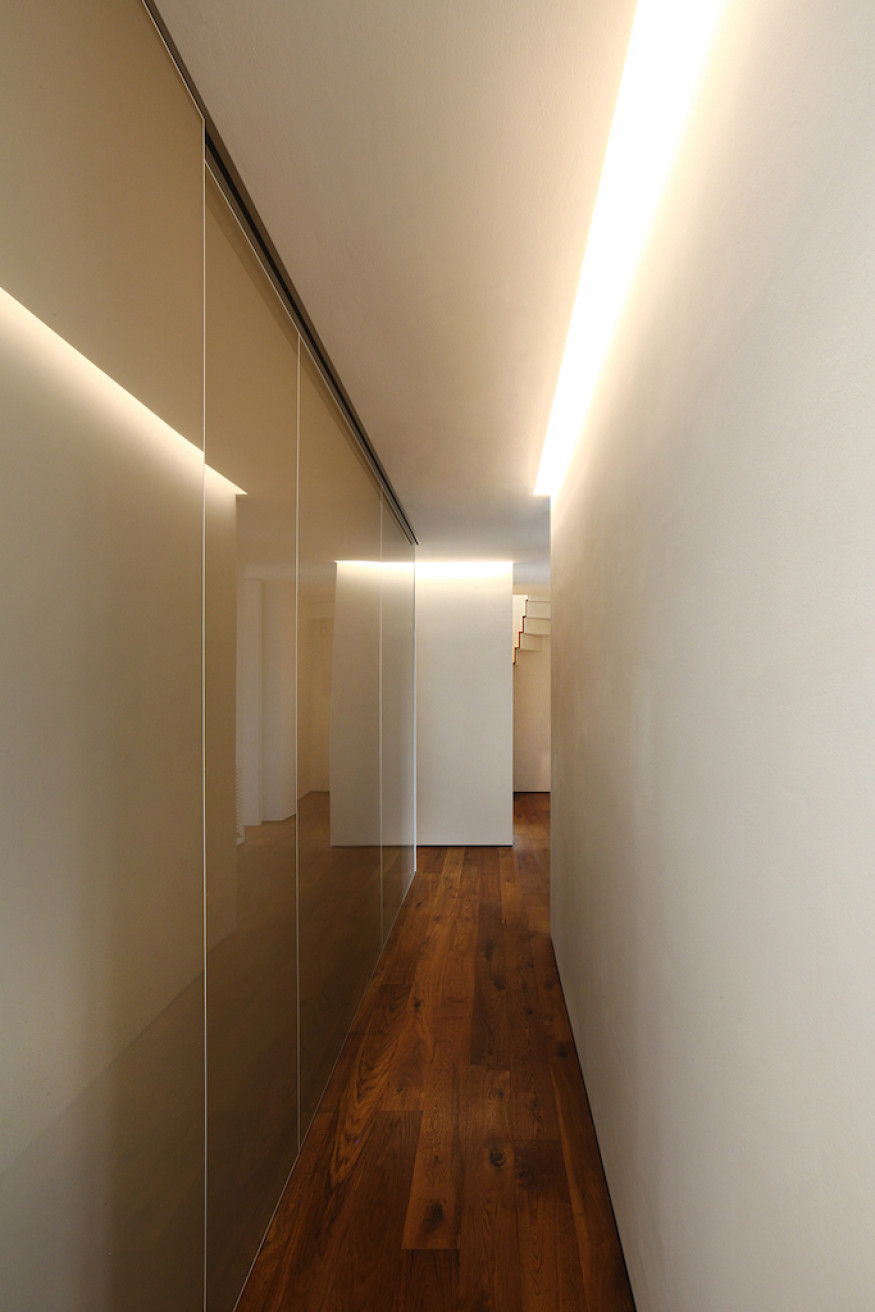 An amber volume becomes the gravitational center of the environment. A Havana-brown glass skin reflects the light coming from above, like a precious stone carved along rigid geometries. Inside, the kitchen. All around, sliding mirrored walls. A labyrinth of rooms that revolves around a central fulcrum. 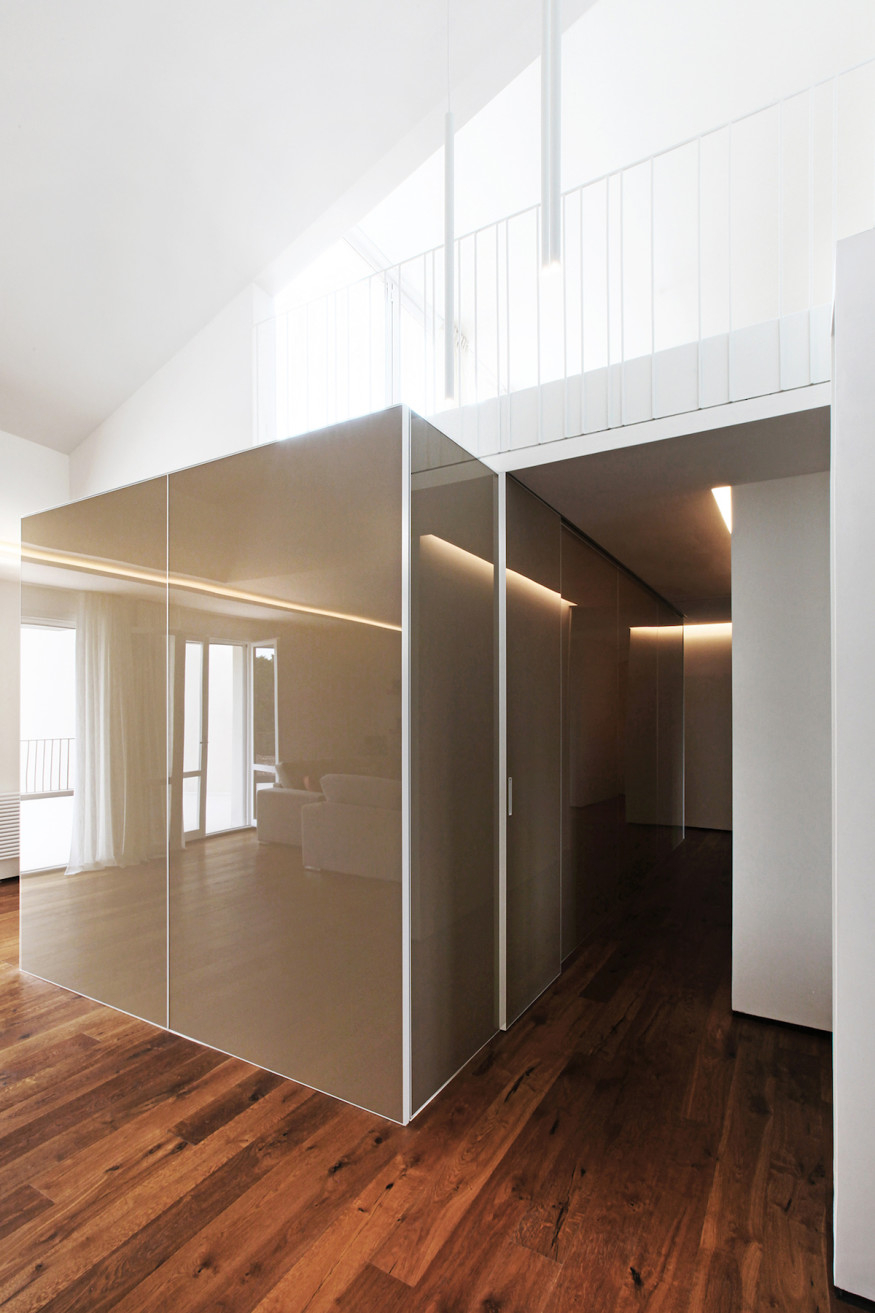 Natural light and artificial light converge inside this environment, in a clever interplay where general brightness is always emphasized, wisely using color, as well as treasuring the arrangement of the openings. The bright white visually defines space, perceptually enlarging its dimension.

Few materials, finely chosen and installed, in an almost sartorial care of interior design. Parquet on the floor, smooth and mirrored surfaces to hide the kitchen block, diffused light from the ceiling to highlight the linearity of the distribution path. 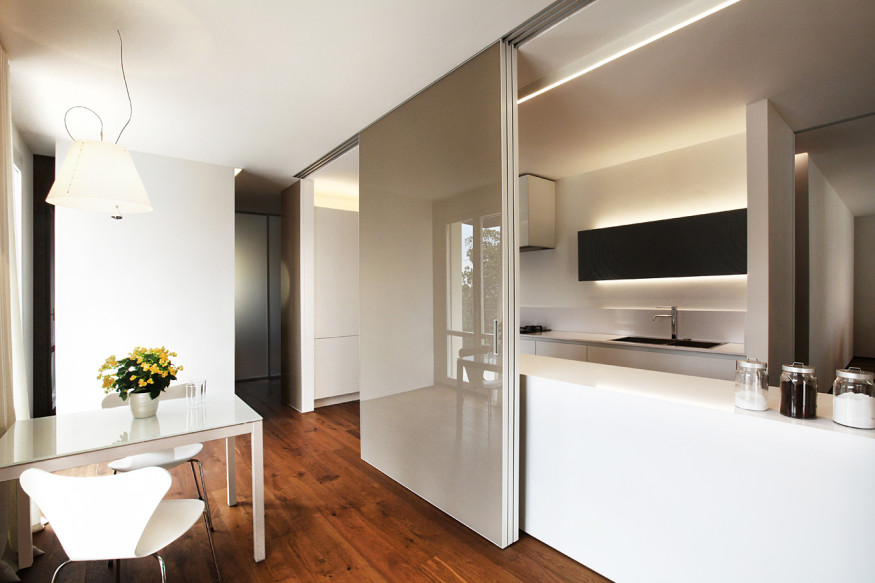 A staircase, the only physical element connecting the two levels, catches the eye at the end of the corridor, finely wrapped around itself, almost an extension of the floor. Expertly designed, with the proportions of origami imitating the walls surrounding it. 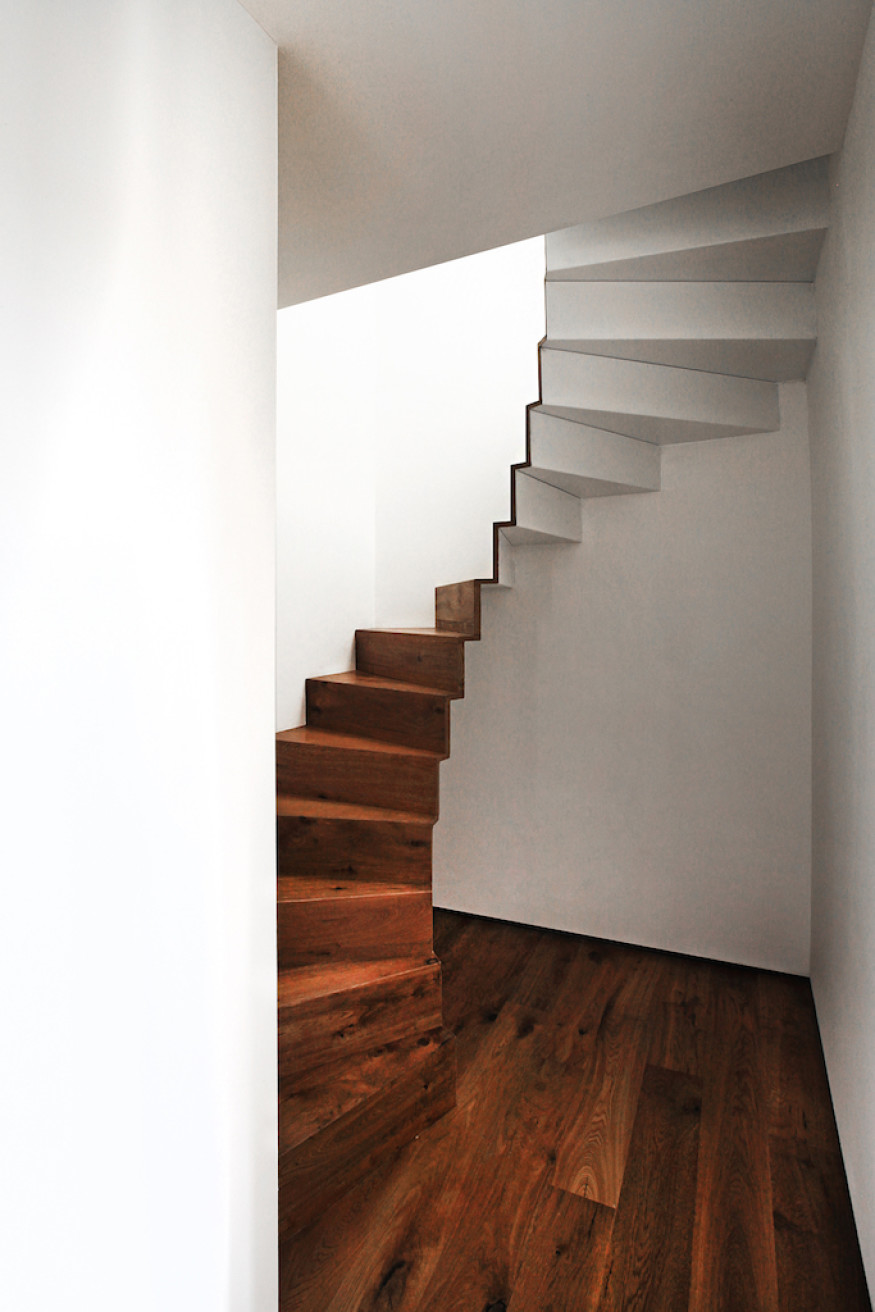 Upstairs, a hollowed-out volume houses custom-made furniture, an ad hoc designed sofa, to satisfy dozens of different configurations, working on the complete flexibility of the use of space. A study, a home-lounge to host domestic events, a reading room. Also, an apartment for guests, a break room or a view of the context, as it faces the private terrace. Between inside and outside, re-discussing thresholds and the limits of living, in a poetic as well as pragmatic design of the living space. 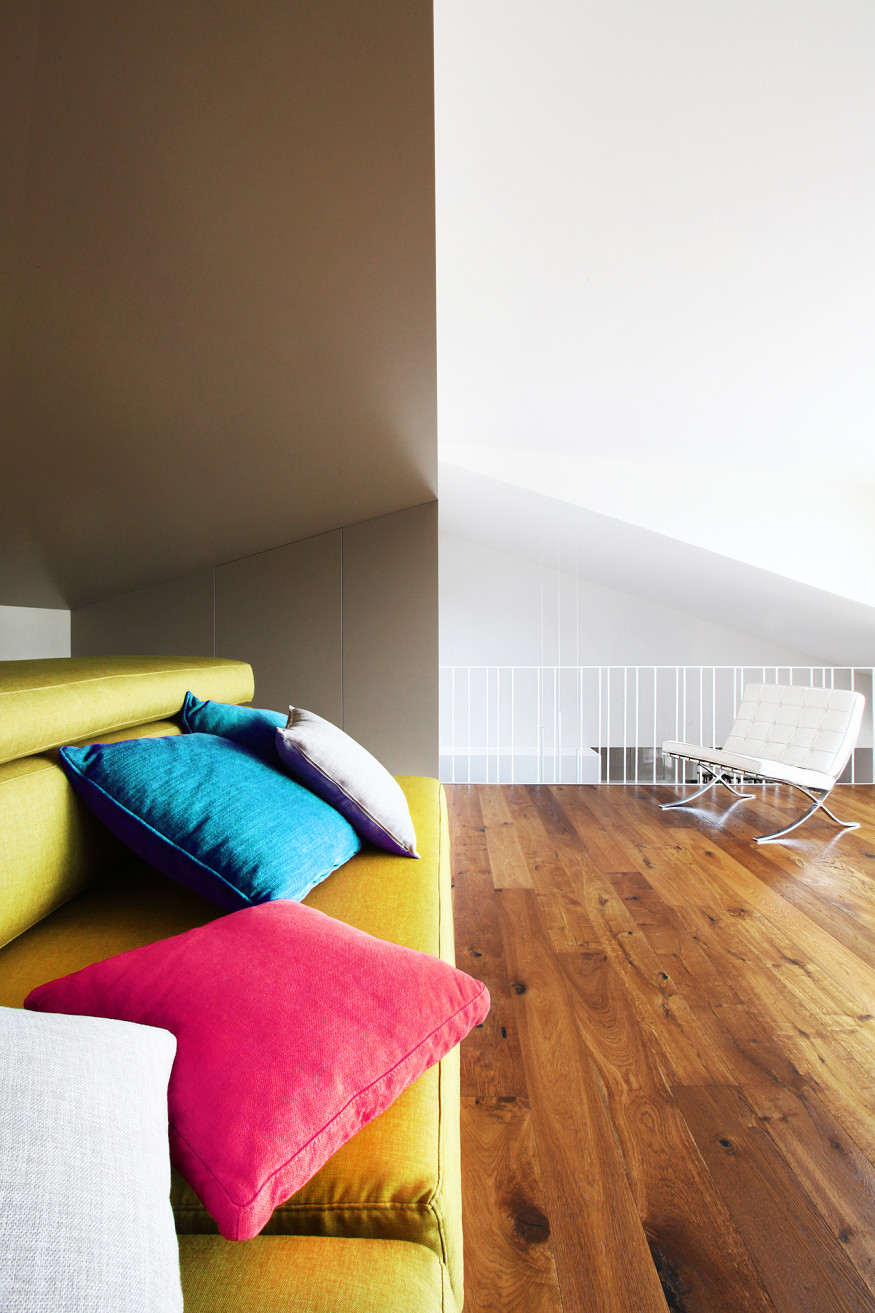