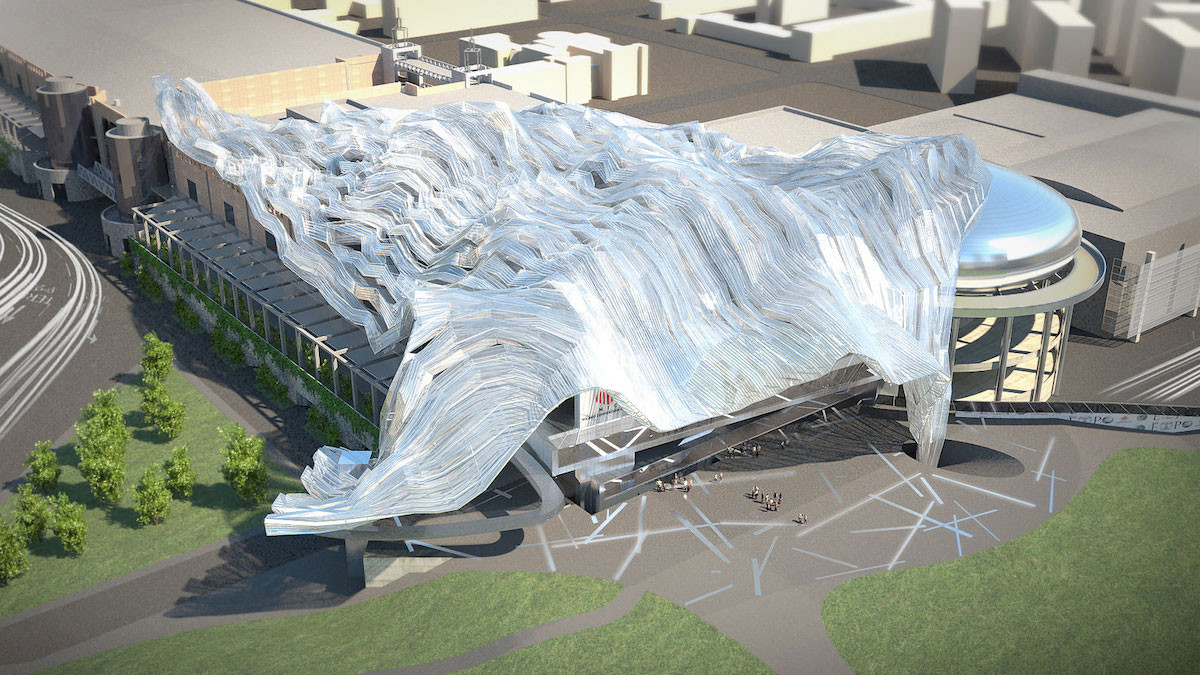 Architecture and engineering don’t always get along. We interviewed Polistudio, a company somewhere between these two disciplines, to understand how to find the right balance in design.

ISPLORA’s editorial staff met Polistudio A.E.S. s.r.l., with offices in Riccione and Milan. An important design company that develops integrated solutions for architecture and engineering. We talked about some of the main topics of the field of design, such as a multidisciplinary approach to projects, the integration between different professional figures and the continuous need to be professionally updated, never losing sight of the quality of the project.

What does connecting architecture and engineering in an integrated process mean for Polistudio? How is the relation between these two disciplines structured in your work? Which can be considered the link between engineering and architecture?

To face the challenges posed by the market, we focused on teamwork, sharing and continuing education. We believe that a multidisciplinary approach is crucial in creating high-quality projects, engaging and enhancing the various professional figures involved, normally all present in our company. Competences which range from architecture to structural, plant, mechanical, electrical and infrastructure engineering. By developing the design process in a strongly integrated way, it is easier for us to find the best solutions representing the right balance between functional, economic, spatial, environmental and saving needs. This process, characterized by a constant dialog between experts of different fields that are complementary, ensures quality and energetic, environmental and economic sustainability.

This is why we give great value to training and attention to new technologies, methods and programs. The approach through the process of BIM (Building Information Modeling) is emblematic of this continuous education and updating process. By doing so, the entire Polistudio staff must work on the same virtual object by means of BIM, inputting the needed information to define the object completely, each and every one with his or her own competences. 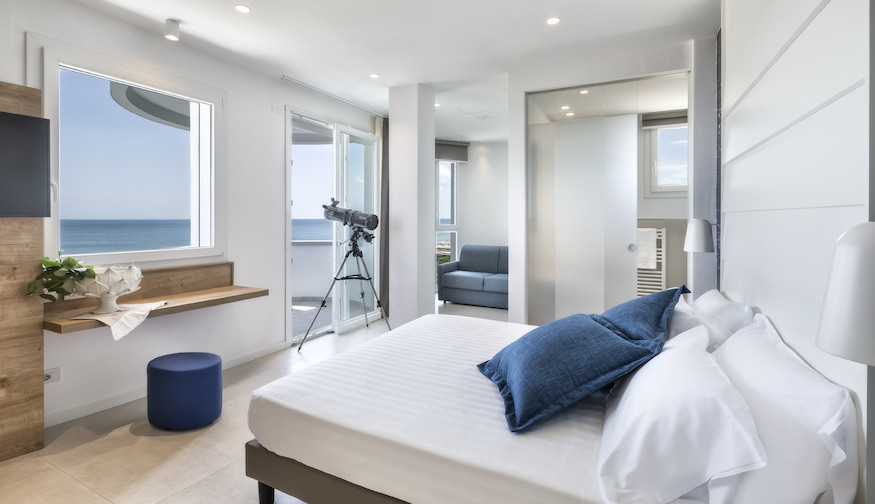 The restyling of the Hotel Meeting in Riccione highlights a different perspective and scale of the project, where attention to materials, the re-composition of spaces for hospitality, furnishings and interior design in general become crucial. What did understanding this situation mean for Polistudio? Which was the path that guided your choices in terms of design?

As in all our projects, everything started from a continuous dialog with our client. But we also let ourselves be inspired by the charm of the context where the building is located. Its nine floors allow a remarkable, almost unique point of view for the city of Riccione, giving guests the possibility to fully experience the strong connection between the beach and the hills. The main goal, therefore, that we wanted to pursue, was to offer guests an experience of the sea, wind, sun, air and nature also inside the building.

We believe in the importance of light in organizing spaces and guaranteeing comfort. This is why we made specific lighting choices. We opted for built-in elements, which integrate perfectly into the suspended ceiling, also in the areas next to the closet and the mirror.

As to the furnishings, elegant but simple lines were privileged, combining natural wood and the color white. In fact we wanted a neutral base, in order to better personalize each room with colored details. We included in every room an element which recalled the theme we had chosen (sea, nature, sport), using wallpaper and introducing colors, which are carefully referred to when choosing accessories such as the sofa bed, the chair bed, the cushions and the bathroom tiles.

The utmost functionality and great elegance were searched for in the materials used. For example, we chose large format porcelain stoneware for the floors, carpet in the corridors of the common areas, suspended ceilings, unique ceramics and taps and fittings. We made choices that were technically advanced to sound-proof the rooms, specifically for partition walls, entrance doors to the rooms, external fixtures and the soft flooring in the common corridors.

The goal was to put guests at the center of the creative process, along with all their desires and needs. 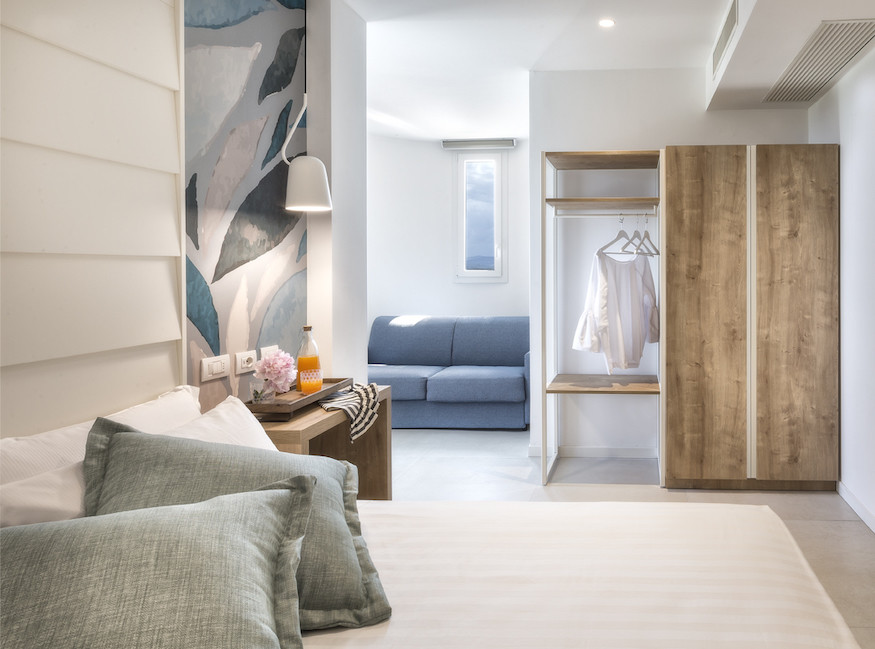 You were also involved in the co-design of the New Portello Congress Center (MiCO), devised by architect Mario Bellini. Which were Polistudio’s tasks in the project, in particular in relation with Bellini’s project? How did you solve the structural and plant issues, mainly with regard to the steel skin covering the building?

The New Portello Congress Center in Milan was an important project, which we were involved in from 2009 to 2012. Its value is of about 50 million Euros and it was expected to have 18,000 seats, an auditorium for 1,500 people, a plenary room for a total of 4,500 people, 73 modular rooms going from 20 to 2,000 seats and a 54,000 sqm exhibition area. The renovation of Portello fits harmoniously in the broader transformation process of the area north-west of Milan, in a dialog with the adjacent neighborhoods establishing – thanks to the increase of the square in front of the new Congress Center and the exploitation of the sidewalks along the “stecca” – the basis for the new green ray between the City Life Park, Monte Stella and, prospectively, the Expo area.

Fiera Milano appointed architect Pierluigi Nicolin to take care of the design of all the interiors of the exposition-congress area. Polistudio A.E.S. won the tender for the executive project with the group of companies which were awarded the work. It was an architectural and structural co-design and plant project with Teco+ from Bologna. As to the special steel structures merit goes to engineer Massimo Majowiecki from Bologna. Work supervision was by SD Partners s.r.l. (Milan).

It certainly was an exceptional intervention, which led to the creation of a sort of silver “comet”, made of pierced aluminum panels produced by Kalzip, covering the new head of Portello. The comet, designed by architect Mario Bellini, is the result of a combination of 8,000 meters of luminescent rays (about 200 meters long) which form the tail. Every ray is made of four micro-perforated ultra thin silver aluminum strips. This makes the structure, created by Leoni s.r.l., extremely light. Furthermore, every ray is supported by three-dimensional reticular steel structures, with about 8,000 meters of channeled lighting produced by low energy LED lights. 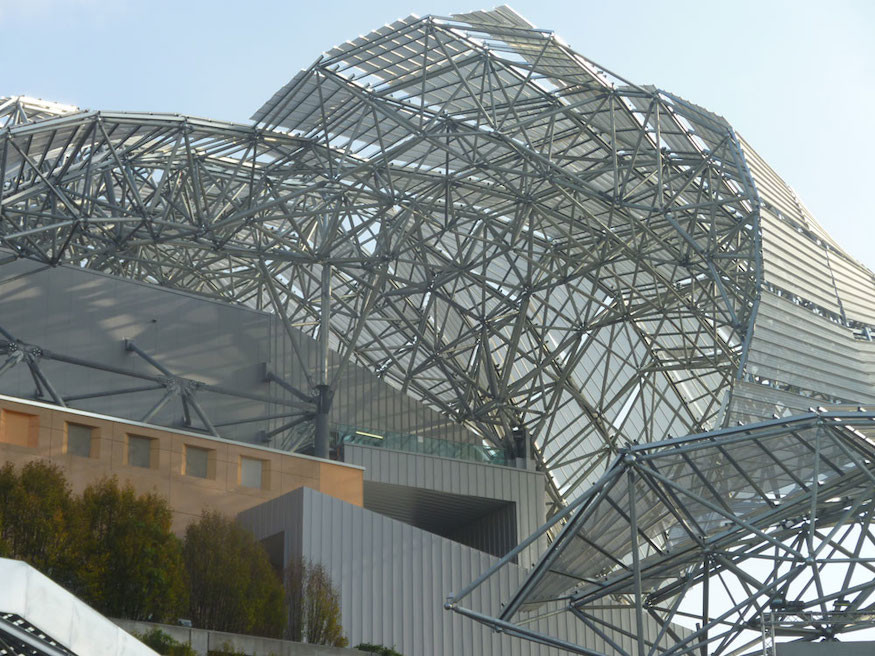 Finally, what was your role in the project for the Palazzo Lombardia (Lombardy Building) in Milan? Which were the client’s requests? Aside from the executive project, did you deal directly with the contractors? Which were the main challenges posed by the project?

We took part in the tender to award the executive project and works as a team of designers part of the Tecnion group, which we belong to. Specifically, Polistudio A.E.S. was in charge of coordinating the executive design, the design of the green areas and street furniture, as well as the executive co-design of the mechanical and electrical systems and the photovoltaic facade. It was a plant engineering co-design with Teco+ of Bologna. The structural design was made by Prof. Ing. F. Mola; while the designing of the steel structure was by Ing. M. Majowiecki of Bologna. Polistudio also dealt with the executive design of structural works not made of steel.

It certainly was an important project – carried out from 2007 to 2010 – if you consider the volume (754,800m³) and the surface (200,600m²). The complex is made of 6 blocks which develop horizontally with points of contact between them, thus creating a system of inner squares. Five buildings for an overall height of 9 floors above ground and a tower which reaches +161,30m (29 floors). Two underground levels are used for the archive, storage and technical rooms and also house a three-level parking area.

This was the first time we contended with a great project. We visited a territory which was still unexplored. It was the first building developed vertically in the Milan area of Garibaldi- Repubblica, a construction which changed the city skyline. 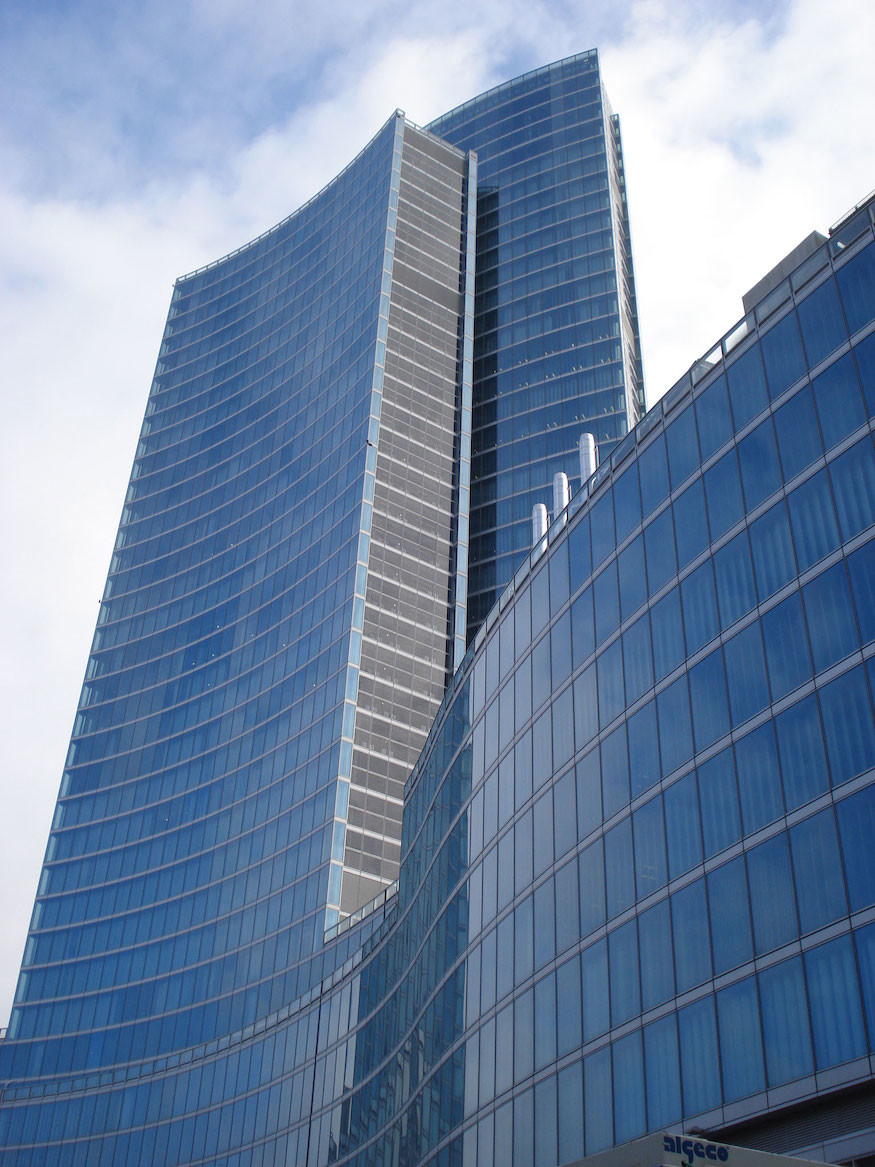 The central tower of Palazzo Lombardia is 161,30 meters high and is surrounded by five curved buildings, with 7 to 9 floors, which house the institutional, cultural, entertainment and service functions of the Regione. The buildings are connected by an enormous ovoid square covered by a Texlon® ETFE membrane, provided by Vector Foiltec. EFTE technology is made of pneumatic plastic membranes which lie on a reticular steel structure and are inflated with air, ensuring the space below an efficient comfort.

A building that at the time was definitely innovative, an experience which was a forerunner of the many experiences developed afterwards. The project adopted advanced technological solutions, such as a system of chilled beams with geothermal heat pumps, studied both for heating and chilling.

It is a glass building with a double skin, one of the first buildings in Italy with this technology provided by Isa Infissi. It is equipped with an absolutely innovative system for climate control, energy saving and interior comfort. An entire facade of the highest tower has windows with photovoltaic cells exposed to the south to produce electric energy which compensates part of the building’s consumption.

It is an example of how geothermal energy can work on a large scale. In the entire skyscraper and in the other blocks which envelop it, thousands of rooms are heated or cooled only thanks to the heat exchange with the aquifer under the skyscraper itself, achieving a huge abatement of CO2 emissions.