“Stoned” is the latest project by the firm ELASTICOSPA+3, directed by architect Stefano Pujatti,  and consists of different interventions focused on reinventing the building elements and shapes of traditional architecture.

The project by ELASTICOSPA+3 is located in the historical center of the town of San Quirino, in Friuli (north-eastern Italy), an important aspect of this work as the goal seems to move towards a research that explores the role of materials in renovation and the recovery of existing buildings in historic centers of the small towns which dot the Italian territory, starting right from the context.

“Stoned”, through experimentation, reinterprets building materials, in their use and shape 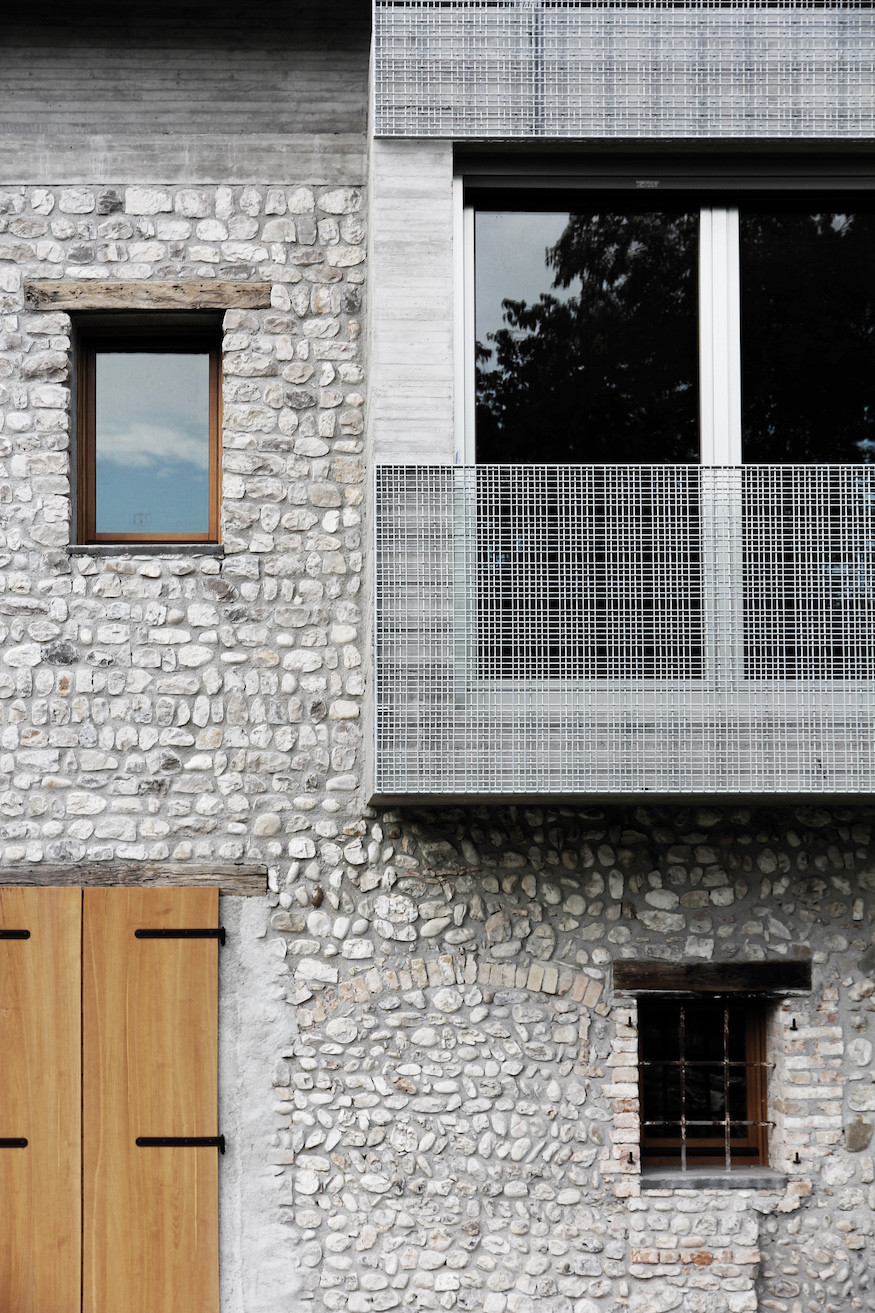 A work which includes a taxonomy of interventions in one project: from recovery to demolition through rebuilding, suggesting a different relationship with the needs of the places, the client’s requests and legislation.

The main building of the complex (house 1) was renovated to create a single family residence, preserving some of its original features: stone walls, an arched portico and a main facade where the rugged nature of the materials was combined with a harmonious distribution of the openings.

The other building (house 2) is the result of the demolition and rebuilding of a barn, whose structure was in critical conditions, and its transformation into a “coach-house” that is an annex to the main house.

The entire project seems to thus reinvent, with a hint of irony, the building elements, playing with tradition, the role of materials and hierarchies. As expressed by the name of the firm, the idea is based exactly on this compositional and material elasticity, inside and outside the two houses.

The use of stone and concrete

In “house 1”, as stated by the firm, “the original structure was treated as a shell within which to create a new living organism, built up by sliding together box-shaped volumes at different levels to create complex spaces”.

These boxes of bare reinforced concrete emerge, somewhere they protrude from the facade, elsewhere they end flush with the walls or occupy part of the portico, within a pattern characterized by historic stone walls. 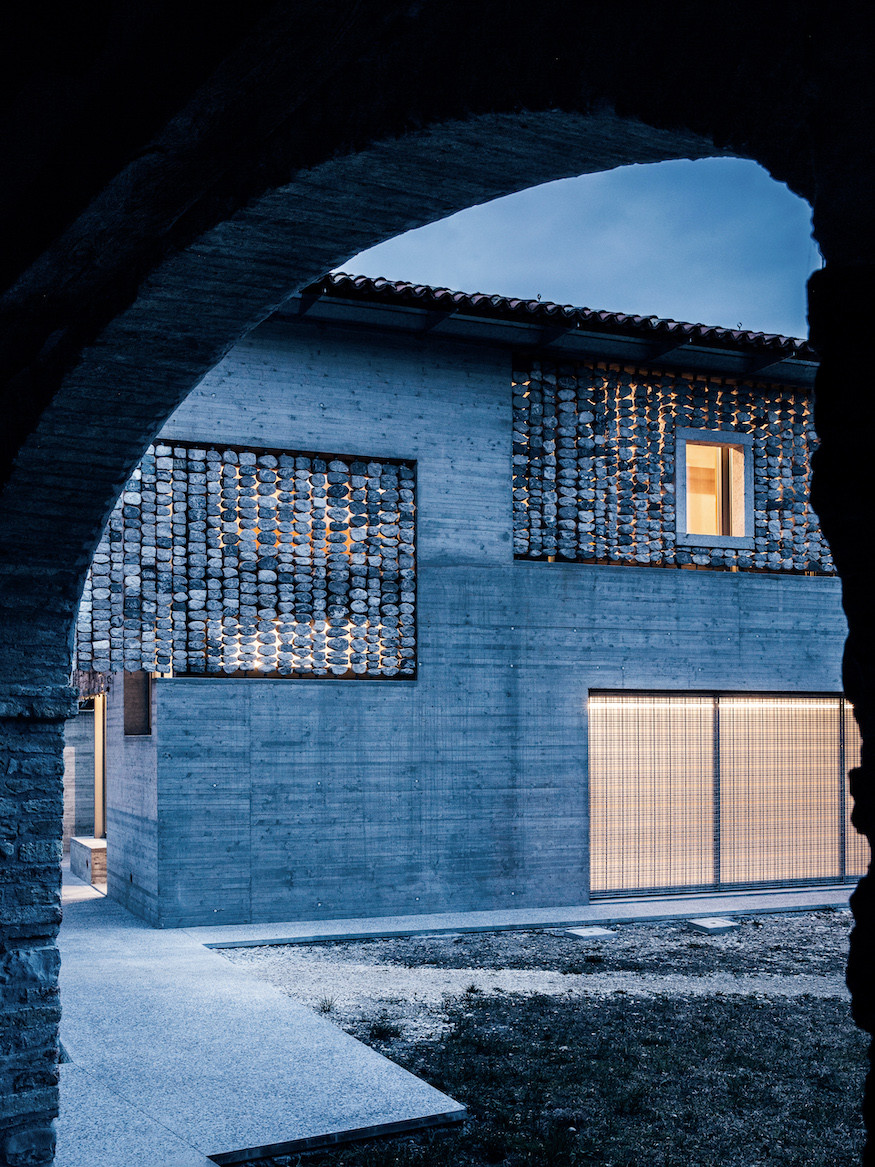 The reconstruction of “house 2” was different, in this case the project had to follow the rules imposed by building regulations, according to which all interventions in the historic center must use stone in traditional shapes and sizes to preserve the identity of small rural centers. Bearing in mind these requirements, the project by ELASTICOSPA+3 defines the morphology of the dwelling by using reinforced concrete slabs, where traditional stone is reinterpreted in a "cosmetic" use, as stated by the designers themselves, to subvert the cold hierarchy of the main building, improving its appearance and aesthetics.

The building has openings in the concrete envelope on all fours sides, glazed or shielded by metal grids or stone walls re-invented as a sort of brise-soleil. This element itself highlights the attention to materials and details which has always characterized architect Pujatti’s work, from the renovation of the Atelier Fleuriste in Chieri to the Hotel 1301iNNa in Piancavallo.

An architecture which in its reinvention consists in a methodology based on organization and synthesis. Elements that are essential not only to the composition of the building but also its structural and plant engineering design, responding to the area’s seismic risks and providing significant energy saving (thanks to insulation and heat pumps). Furthermore, the accurate study of the facade guarantees an excellent input of natural light, as well as conferring an overall balance to the intervention. 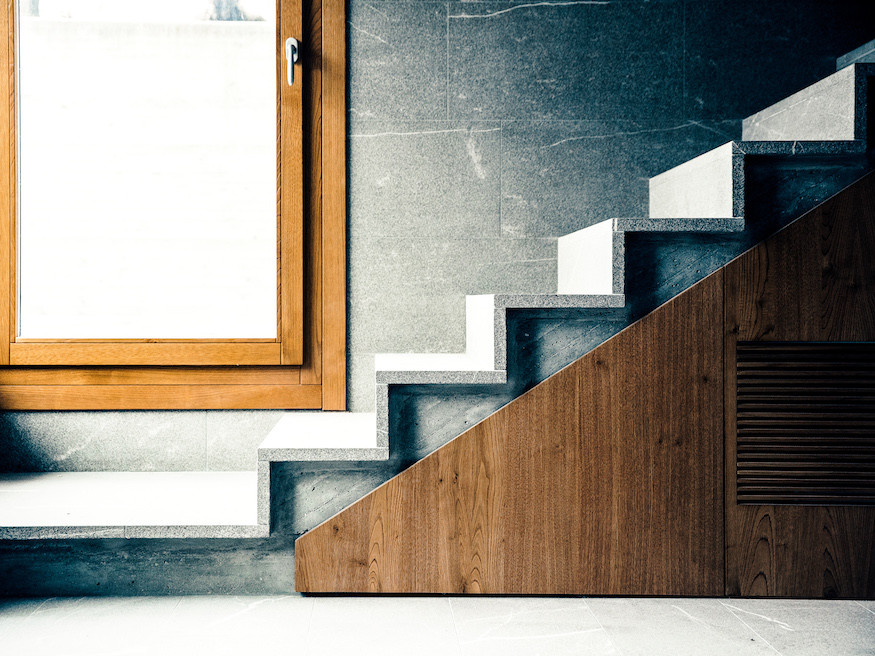 The interiors narrate yet another story, made of details and adjustments, a combination of materials (wood and stone, metal and concrete), in the continuous and sought-after relationship between new interventions and preexisting elements.

All the architectural elements thus seem to move within a scheme which is wanted and controlled by the project. 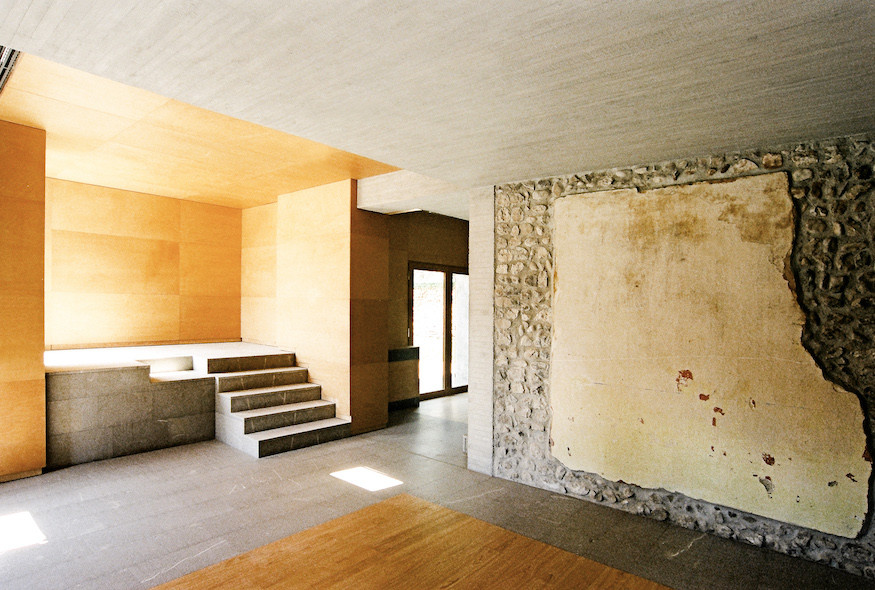