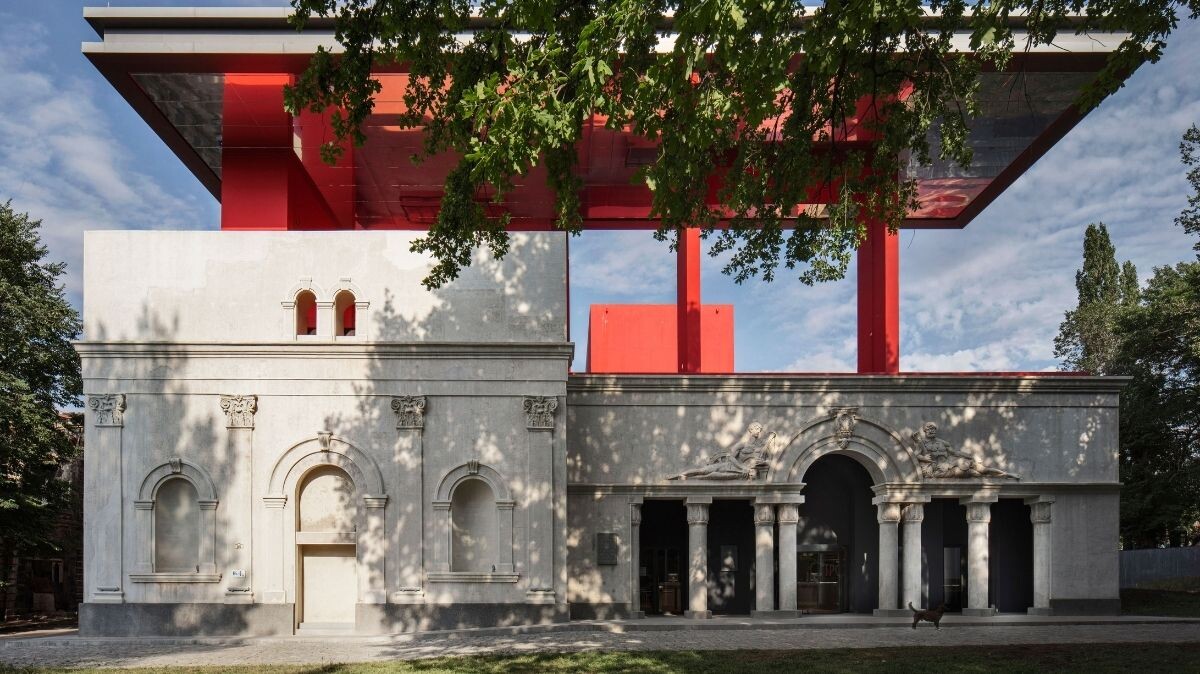 The Tumo Center for Creative Technologies is an innovative, free-of-charge open digital media learning hub. Following the 2011 opening of its flagship location in Yerevan and the AGBU NKR Campus previously developed by Bernard Khoury / DW5, Tumo opened another branch in Gyumri, Armenia’s second largest city, in May 2015. Temporarily located in the Gyumri Technological Center, the Gyumri Tumo Center for Creative Technologies will be moved into the neighbouring Gyumri Theater, following our proposed rehabilitation and expansion scheme for the building. 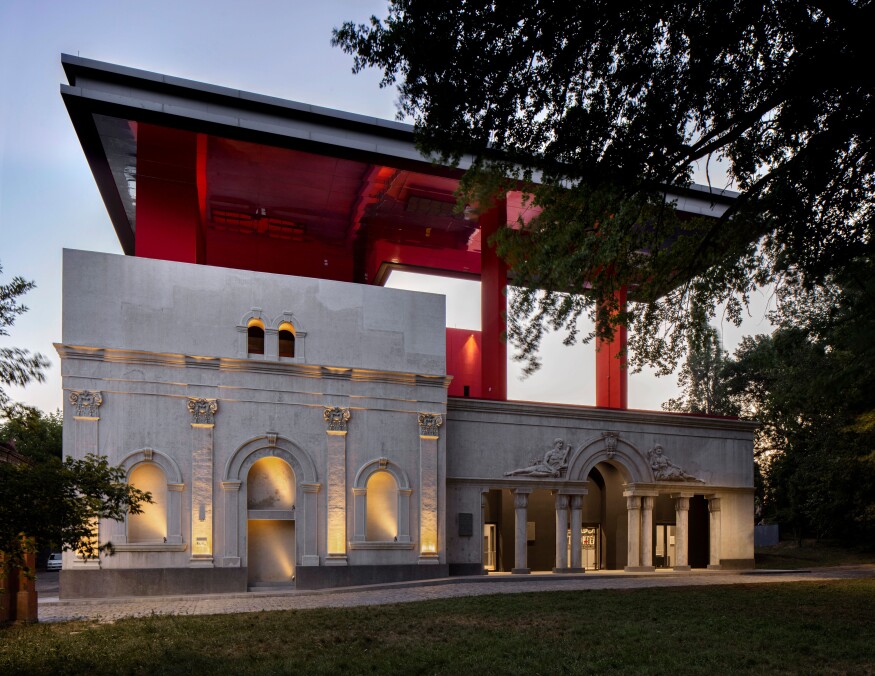 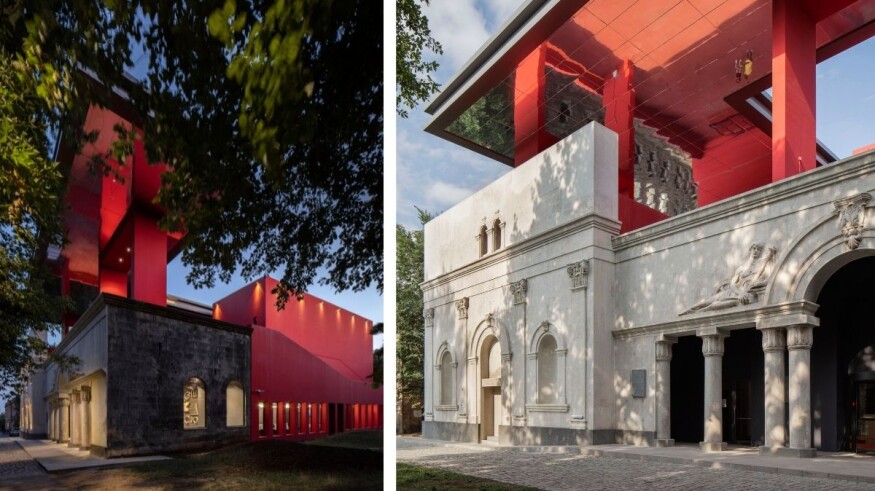 Despite having survived two major earthquakes gravely damaging the city, Gyumri still attracts visitors to witness the relics of its historic architecture and protected buildings, and so the choice to preserve as much of the surviving structures as possible was crucial. First built in the 1850s, the existing building has undergone several stages of construction in order to serve various programs ranging from a People’s House to a local television broadcasting center. However, the Gyumri Theater acquired its title from the opera house it once held, for which the main hall was converted into its most characteristic space: a theater with a pivoting stage.

Our intervention consists of reconfiguring the Gyumri Theater building into interactive learning platforms, with the main working space planned within the former opera house theater, designed as a stepped collective workspace and 3D printing lab that can be converted into its former 200-seat theater space for screenings and performances. 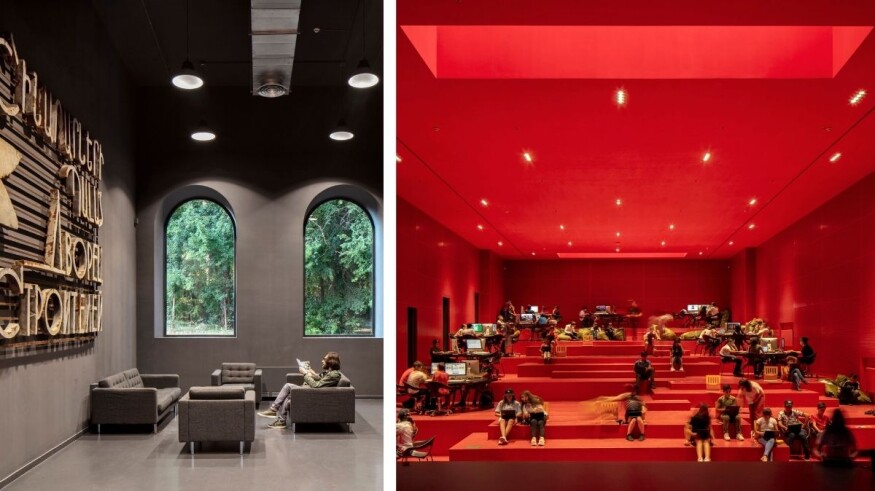 The proposed scheme emphasizes the impact it will have on the social and cultural fabric of the city by connecting it to the existing public spaces in a gesture that reconciles the two differing topographic levels it addresses. The main student spaces are located on the ground floor level, accessible from the eastern façade at the lower park level, whereas all other public and non-student-related functions such as the main lobby, administration and public amphitheater are accessed at the upper street level along the western façade, from the roof of the ground floor space. Designed as an interactive public space including an imposing arch, bar and common gathering spaces, the roof acts as connection between the interior and exterior activities that can occur, tucked below a grand canopy whose mirrored underside reflects the vibrant happenings of the center to the surrounding city. 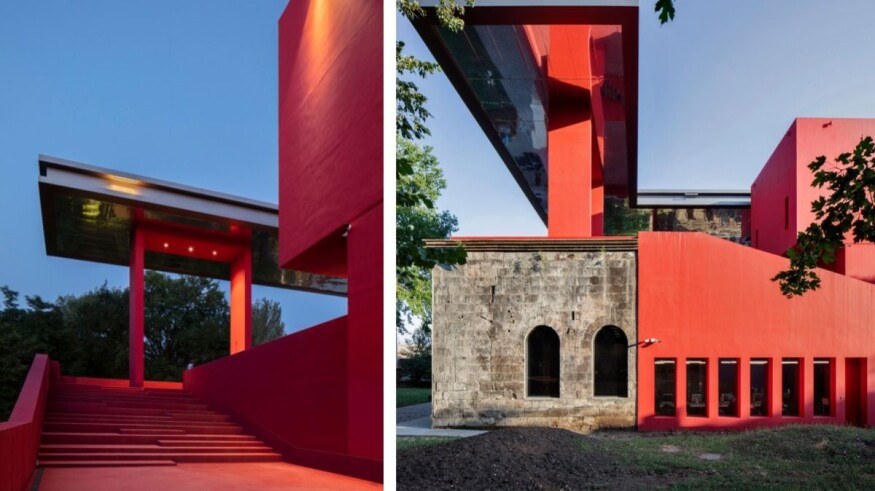 The southern and eastern facades of the building, initially constructed in local turfa stone and finished in white plaster, are preserved and restored, whereas all other facades and additions are rendered in a vibrant red colour, contrasting against the monochromatic palette of the surrounding cityscape. The public amphitheater is exposed at the upper level, exteriorizing the complex’s interior content through outdoor projections. 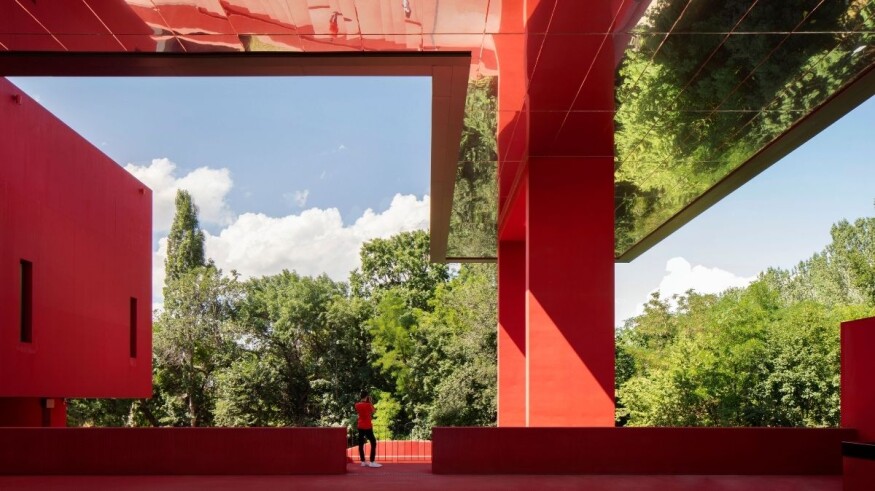 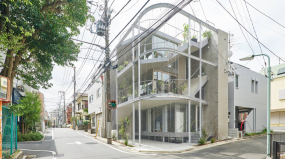 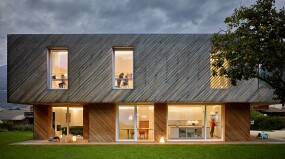 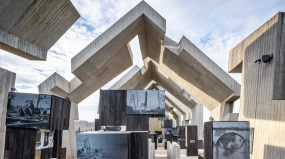 A sculptural and dramatic solid