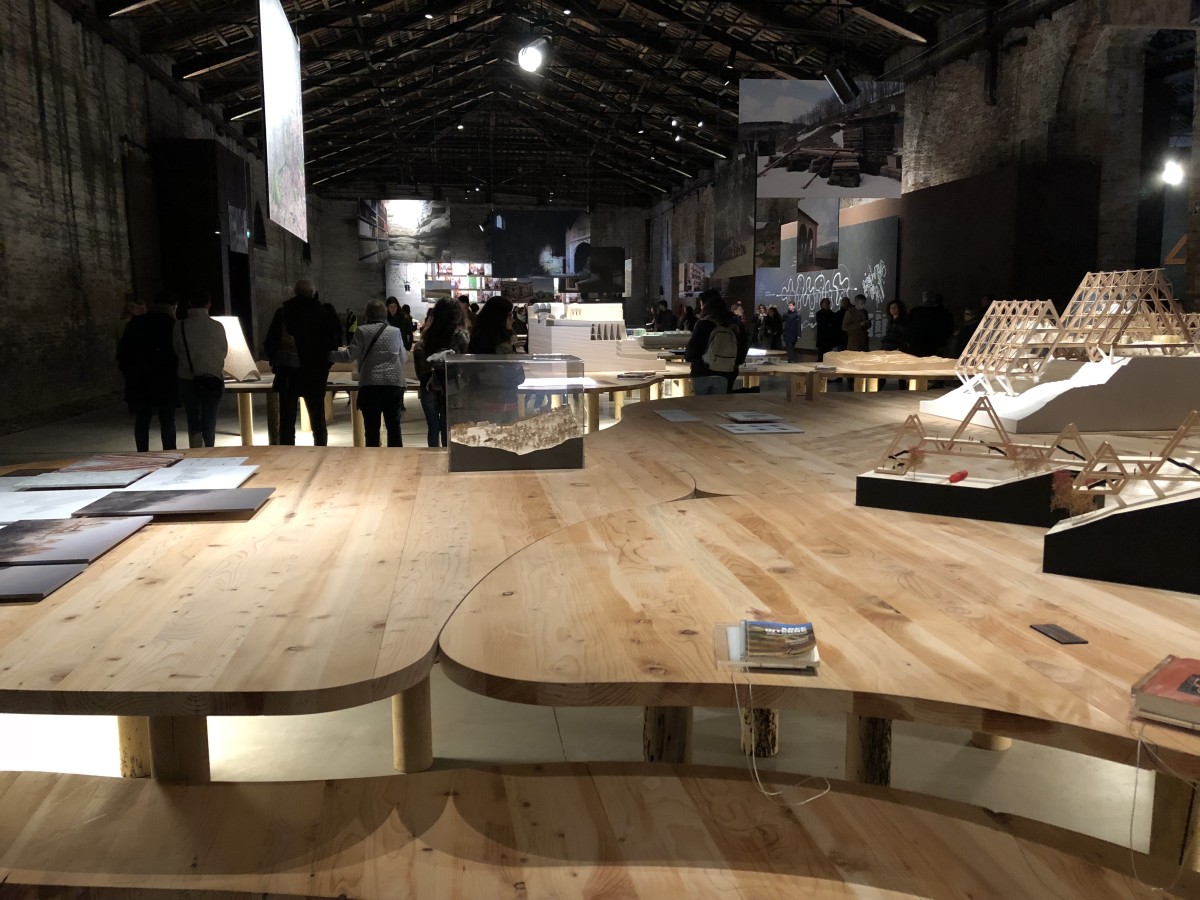 A journey through Arcipelago Italia

The idea of the Italian pavilion: architecture as a way to revive interior areas.

“Arcipelago Italia. Projects for the future of the Country’s interior territories” is the theme of the Italian pavilion of the 16th International Architecture Exhibition of the Venice Biennale curated by Mario Cucinella, a journey along the Italian peninsula in search of structures capable of being tools for the development of the territory. On Wednesday, November 21st, the final event of “Arcipelago Italia” took place, ending a six-month exhibition which narrated the Country’s inner territories, the result of an itinerary along the Italian ridge, far from the great urban areas. A research, based on the analysis and rediscovery of our territory and its most hidden sides, aimed at revealing the innovative aspects and the role of architecture in the present and future of a country where the requests from the territory which demand an answer have changed. The President of La Biennale Paolo Baratta, during the event, summarized the work and project of the Italian pavilion: «Arcipelago Italia offers an interesting starting point. Italy is a heterogeneous reality, characterized not by large cities but archipelagos of places of various dimension and densities, historical centers, suburbs, agricultural land, minor cities, villages, a fabric made of individual yet continuous entities, which demands to be considered as a diversified land, where our ability to vivify can reveal itself with no hierarchies». A journey along the Italian peninsula in search of structures capable of being a tool for the development of the territory A renewed attention, therefore, to “interior areas”, places apparently forgotten by the world of politics and architecture, but which play and have played – throughout Italian history – a key role, also from an economic point of view. In this regard, we must remember how since 2013, under the impetus of the Ministry of Territorial Cohesion  (today Ministry of Territorial Cohesion and the South) and the Agency in charge of supporting, promoting and guiding programs and projects for development and cohesion, “interior areas” have once again been put on the national agenda. It must also be specified that interior areas are: “territories characterized by a significant distance from main centers offering essential services, by the availability of important environmental and cultural resources, complex territories, the result of the dynamics of natural systems and the processes of anthropization and depopulation which characterized them” (Agency for Territorial Cohesion, 2013). A significant part of Italy: about 53% of Italian Municipalities (4,261), 23% of the Italian population (over 13.54 million people) and 60% of the entire national surface. This part of Italy was on stage at the Biennale, an “arcipelago” both in geographical terms – reunited by the journey proposed by the pavilion – and figuratively, in the sense of an “aggregate”, connected and condensed by research and analysis. The curator, Mario Cucinella, stated in this regard that «narrating the country through today’s actions is a way of giving sense, value and responsibility to our job, through architecture we affect the future of places». It is therefore no coincidence that the words “The future is the product of present actions” stand out in glowing letters in the first room, summarizing the goal and hope of turning architecture into a tool to revive territories, for the future of our interior areas. In this first room visitors were welcomed by a large map of Italy suggesting eight possible itineraries along its ridge: from the Western Alps to the Eastern ones, following the Apennines from North to South, reaching the islands of Sicily and Sardinia. Large panels, resembling open books, which were windows on the landscape and interventions which over the past few years – in different places and at different scales – have tried to focus on the quality of the project, the importance of the process and practice of involvement, the attention to sustainability and environmental topics, in a dialog with the tangible and intangible heritage of our country. Eight itineraries which are a journey, a synthesis, strengthened by the second room which – although partly disconnected from the context – attempted to answer the problems generated by depopulation and the lack of services by means of five “hybrid” projects in five symbolic areas: the Park of the Casentine Forests, Camerino, Matera and the Valley of Basento,  Barbagia and te Valley of Belice. An experimentation carried out by a multi-disciplinary collective including architects, local universities and consultants from different fields (art, culture, engineering, health, city planning, etc.) that tested a “responsible” architecture sitting around a large physical and imaginary table, a laboratory to test an architecture capable of listening to and acting on the context, aware of its duty to interpret an emerging need, with a view to the future.