Living in the time of Airbnb

The effects of house sharing on architecture and cities

Our way of traveling has changed significantly in the last years, we can reach destinations that were once considered far-flung in just a few hours and we have many different ways of doing so. A diversification both in terms of means of transport and accommodation options, which are getting cheaper and cheaper. An important innovation in this sense was represented by online accommodation platforms such as Booking or Airbnb, with their extensive catalogs of structures, from hotels to apartments and much less conventional solutions. An innovative offer which has had numerous effects on cities, not only on our way of traveling, opening up new professional perspectives and different ways of using domestic and urban spaces.

In this sense Airbnb represents a very interesting phenomenon for both the offer and the way it is provided, aside from the ever-growing market share it secures today and the measurable effects on our way of traveling and living. The company from San Francisco, founded in 2008 by Brian Chesky, Joe Gebbia and Nathan Blecharczyk, was the result of Chesky and Gebbia’s initial need to diversify their income as they could not afford the rent for their shared apartment. Starting from this, their idea aimed at sub-letting for short periods of time the underused spaces of their home and offering basic tourist services: 10 years after this intuition, Airbnb has 3,100 employees and in 2017 it had a revenue of $2.6 billion. As stated on the company portal: “Airbnb uniquely leverages technology to economically empower millions of people around the world to unlock and monetize their spaces, passions and talents to become hospitality entrepreneurs. Airbnb’s accommodation marketplace provides access to 5+ million unique places to stay in more than 81,000 cities and 191 countries. [..] Airbnb’s people-to-people platform benefits all its stakeholders, including hosts, guests, employees and the communities in which it operates”.

The Airbnb platform is the symbol of the characteristics of the sharing economy: reuse, recycling and sharing

By using technology for a model of circular economy, everyone can make competences or goods available to create an economic surplus value.

At the center of this transaction is the dwelling or a part of it, not only houses but also boats, igloos, huts, villas or rooms in apartments all over the world. It is no coincidence that today we can sleep in some of the most important contemporary architecture projects: from the “Off-Grid itHouse” by Taalman Koch immersed in the California desert to “Villa Vista” by Shigeru Ban in Sri Lanka up to the “Vertical Forest” by Boeri in Milan. Not only, the network includes some of the residences designed by the greatest architects of the 20th century: the “Bernard (and Fern) Schwartz House” by Frank Lloyd Wright, the “Muralla Roja” by Ricardo Bofill, Piet Blom’s “Cube house” and many more.

In this case, it’s all about the concept of “experiences”, the evolution of the short lease of a dwelling through its extension to activities which can be done paying a fee in the place you book, in the idea of fully delving into the daily life and culture of that place. 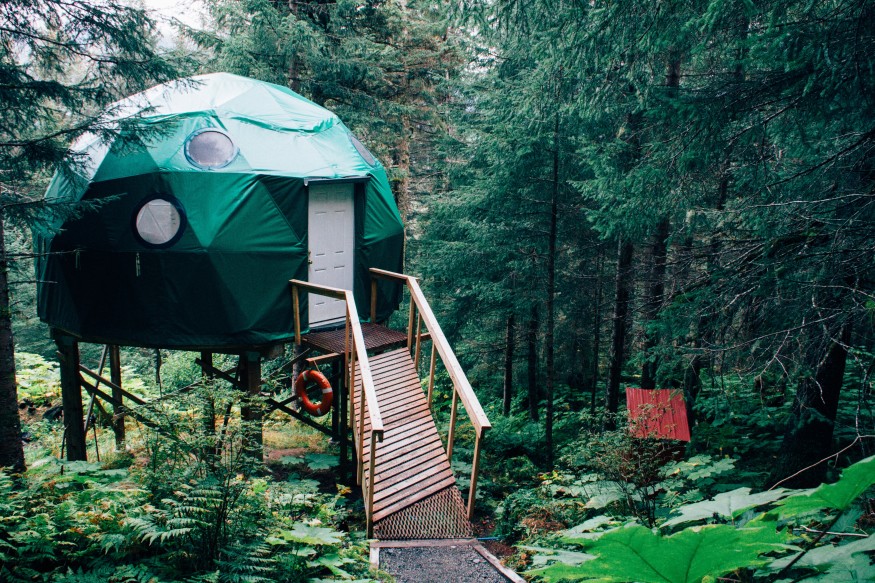 However, not everything is so logical, house sharing services have triggered a number of conflicts and discussions. One of the main criticisms is the non-compliance with the law, the lack or incompleteness of the legal and institutional framework capable of absorbing and regulating its practice, a situation which often puts Airbnb in a gray zone of a-legality which on the one hand emphasizes the urgency to adapt the regulatory system and on the other hand leaves leeway to operators in the sector. Economists and urbanists have recently spoken about “airification” when referring to the new phenomena of unequal distribution of wealth and gentrification of urban centers caused by house sharing platforms such as Airbnb.

While houses or rooms have always been rented for short periods, with the acceleration due to technology and the new cultural models, today phenomena which are difficult to manage can be observed in the most important cities in the world: from skyrocketing rental prices in Barcelona, to the housing crisis in Los Angeles up to the uprising of residents in Barcelona.  What is lacking is the city to “live”, as the residential offer of long-term rentals seems to have shifted completely towards tourist reception.

This is also true for Italy, where many of the most important historical centers have lost most of their resident population to make place for a temporary one, which is more lucrative, to use Marco d’Eramo’s words “the tourist city is a theme park”,  the effect of the “Disneyfication” of urban centers. These numbers describe the phenomenon: Italy is third after the USA and France as to listings, with 83,000+ owners and 3.6 million clients a year (2017).

What changes are the residents and the city spaces which try to adapt to the pressure caused by ever-growing tourist flows. Thus not only do ways of life change, becoming temporary, but domestic spaces themselves, which must be more and more capable of adapting according to the needs of the hosts and guests.

One tool in particular emerges from this picture: home staging, the ability to prepare a house to make it appealing both for its rental or sale. Home staging, typical of the real estate market, is turning into an opportunity for many professionals and architects who are appointed by owners to prefigure dwellings or apartments which can satisfy the different requests set by the market and meet the inhabitants’ needs. If on the one hand it is possible to notice a uniformity of the offer, especially in terms of interior design, on the other hand new architectural devices and composition models emerge, capable of making the dwelling place more and more flexible and adaptable.